10 of the best TV shows according to Rotten Tomatoes | finder.com

These series have a perfect score of 100% and should be binge-watched immediately.

While individual episodes or seasons of TV series can have a perfect score on Rotten Tomatoes, it’s difficult for a show to maintain an overall 100% score as time goes on, especially when it’s been airing for a while. For it to earn a perfect score, all critics must agree that it’s worth watching — even one bad review on a single episode will impact the 100% score negatively.

For instance, Game of Thrones boasts an 89% score, The Wire is at 94% and Breaking Bad is at 96%. These three series illustrate how being 100% Fresh on Rotten Tomatoes is a challenge, given their exceptional content, characters and storylines. Here’s 10 of the most talked-about series that have a 100% Rotten Tomatoes score. 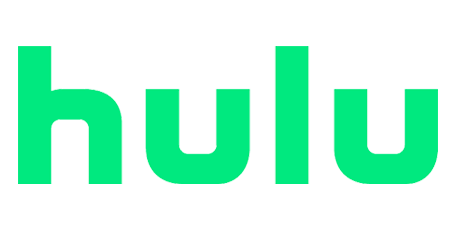 Sick of Netflix raising prices? Watch hundreds of your favorite shows with a free 7-day trial and cancel anytime. Plans start at $54.99/month.

Created by Aziz Ansari and Alan Yang, Master of None follows Dev, a young actor struggling to navigate romance and life in New York. The show explores deep themes like sexuality, immigration, relationships, dating and racism. But despite the familiar premise, it explores these topics with humor, honesty and heart.

Master of None will stay with you long after you finish watching, as it delivers poignant observations about life and culture without sacrificing its light tone. It’s also hilarious — so much so that it won’t feel like you’re watching prestige TV, but are rather simply having a good time with a bunch of charming characters. But inspiring reflection is the real name of this series game — it gives you a lot to think about.

Fleabag is a British dramedy centering on a young woman as she navigates modern life in London. Similarly to Master of None, the show’s premise is incredibly basic. And yet, it tells multidimensional tales about life, love and everything in between.

Thanks to its creator and star Phoebe Waller-Bridge — who is also responsible for Killing Eve — Fleabag is one of the best series to come out in recent years. It may start as a simple collection of moments from a single girl’s life, but it quickly evolves into a compelling story about loneliness and grief.

Fleabag was adapted from Waller-Bridge’s acclaimed one-woman play of the same name.

An Apple TV+ original, Little America is an anthology series, with each episode having a different plot. The one thing they have in common? They revolve around the topic of immigration in the US.

Each story follows a different immigrant, offering a moving and deeply human portrayal of what it’s like to leave your country behind and relocate.

Despite the subject matter, the show doesn’t get political. Instead, it’s more focused on delivering a hopeful narrative that manages to touch upon various immigration-related issues. If you’re looking for a heartwarming binge, you’re good to go with this one.

Work in Progress revolves around 40-something Abby, who begins to re-evaluate her perspective after her misfortune and despair lead her to a transformative relationship. She is queer, suffers from mental health issues and doesn’t find navigating life a breeze. Quite the opposite.

Often hilarious and sometimes uncomfortable, this quirky show isn’t for everyone. But those who resonate with Work in Progress will devour it at an impressive speed. After all, the story is universal – a misfit with a penchant for snappy one-liners looking for love.

Jane the Virgin is a loose adaptation of the Venezuelan telenovela Juana la Virgen. As a result, it relies heavily on telenovela tropes. But instead it brilliantly satirizes said tropes and delivers a funny and heartwarming story. Additionally, Gina Rodriguez offers a performance for the ages, lighting up every scene she’s in.

The series centers on Jane, a young Catholic virgin whose doctor accidentally artificially inseminates her during a routine checkup. After breaking the unexpected news to both her religious family and devoted fiancé, Jane must learn how to cope with the pregnancy — especially after finding out that the father is a former crush.

Coming from the creator of BoJack Horseman, Undone is an animated series focusing on a young woman who gets into a near-fatal car accident with unexpected consequences. Suddenly, she develops a new relationship with time and uses her newfound ability to learn more about her father’s death.

The show is surreal and immersive, to the point where it’s difficult to stop watching after only one episode. Additionally, the story is engaging and the performances tremendous, ensuring Undone a worthy place among the most ambitious and clever animated shows of all time.

Chewing Gum is an odd little show. It follows Tracey, a 24-year-old virgin living in London, who spends most of her time trying to get laid, in spite of her religious background.

The series is structured around fourth-wall-breaking monologues which allows leading actress Michaela Coel to showcase her impressive acting chops and land plenty of laughs in the process.

A burst of life and color, Chewing Gum is an awkward comedy about sex, religion and relationships. Yet, the show has an underlying sweetness that’s impossible to resist. As a fringe benefit, it will definitely make you feel better about your own sex life.

Identity and the need to belong are the main themes in Vida, a series about two estranged Mexican-American sisters who return to their old neighborhood following their mother’s death. After the funeral, they find out that their mother married a woman and that she left the two of them the family-owned bar. As the series progresses, the two sisters need to figure out a way to be around one another and respect their mother’s wishes at the same time.

Vida explores familial themes through a unique and thought-provoking Latino lens, which gives the show a fresh look and feel. It’s also rich in socio-political commentary, with gentrification a main plot point throughout Season 1.

Back to Life is a deliciously British dark comedy which is sure to appeal to fans of the genre. It follows Miri, a woman who returns home after 18 years in prison and attempts to rebuild her life. Given her tumultuous past, that’s no easy feat, but Miri manages to befriend Billy, who cares for the elderly woman next door.

Coming from the producers of Fleabag, the series is funny and thought-provoking, greatly benefiting from Haggard’s performance in the lead role. It often veers towards bleak territory, but it has plenty of heart to compensate for that.

River is a short six-part British drama, so you’ll get through it quickly. That’s both a good and a bad thing, since you will crave more as the end credits roll.

The show follows detective inspector John River, who is haunted by all sorts of visions of his recently murdered colleague. As he tries to figure out who killed her, his fractured mind will trap him between the living and the dead.

This excellent drama has more to offer than your typical crime show, since it deals with loss, grief and personal tragedy. With each episode, the show gets deeper and darker, taking viewers on a wild and surprising ride.

You’ll be able to find these TV shows across the streaming platforms listed below.

Of course — ratings aside — it all comes down to your personal preferences. You can very well love a series that critics slam, or hate a series they can’t stop praising. But a 100% Fresh rating on Rotten Tomatoes means that the show excels from all perspectives: acting, writing, plot, set and so on.

Empowering feminist movies to add to your watchlist How to watch Hamilton online: Disney+ release details