boohoo has repeatedly made international headlines over the last few months as its stock price rose by more than 70% in one year, hitting an all-time high in January. Given its international success, we explored the most recent available data on this brand that’s firmly asserting itself as a major player in the fashion industry.

The fashion brand boohoo was founded in 2006 in the UK, with headquarters located in Manchester. It’s part of the online fashion retail group Boohoo Group PLC, which has a strong presence in the UK, the US, Europe and Australia. In 2017, the group acquired interest in the fashion brand PrettyLittleThing, as well as intellectual property of the US brand Nasty Gal.

But its expansion hasn’t stopped there, it also bought the women’s fashion company MissPap in March 2019, as well as Karen Millen and Coast. In June 2020, the brand bought Oasis and Warehouse for £5.25 million. The fashion group does everything related to clothes, including designing, sourcing, marketing and selling them. It targets consumers aged between 16 and 30 and is known for heavily discounting prices both during sales and out of the sales season.

Boohoo Group PLC has been on the stock market since March 2014 when it started strong on 53p per share. One year later (March 2015), the stock had fallen by 63% down to 27p per share. It wasn’t until September 2016 that the stock started to rise above 100p.

On 17 June 2020, boohoo’s share price was 415p, the highest it had ever been. However, this changed quickly, and by 8 July 2020, the stock had fallen by 46% down to 225p per share due to revelations about poor working conditions. This also resulted in a £1.5 billion loss for the fashion retailer’s market value. By 15 July, the stock closed at 210p. The company promised to improve and clean up its supply chain, a statement that helped the share price recover, closing at 266p on 28 July 2020.

Since lockdown, the closure of non-essential physical shops prompted a national lurch towards online shopping, with the latest retail figures from the Office for National Statistics (ONS) showing that May set a record for the proportion of shopping done online. 33% of total sales in Great Britain were made online, compared to just 19% in June 2019.

As shoppers started working from home, boohoo, with its online-only offering, saw online sales rise by 45% in the three months to May 2020. Sales of loungewear and “athleisure” performed well too. The brand’s worldwide sales reached £368 million in the quarter to May 2020. The UK, which accounts for half of boohoo’s total revenue, saw a 30% increase in sales during lockdown, rising to £183 million overall.

boohoo manages to successfully appeal to its target audience of 16-30-year-old females, with polling firm YouGov revealing that in May 2020, 11% of 18-24-year-olds had purchased something from boohoo for themselves in the previous three months.

boohoo actively targets the “Instagram generation” to drive sales. It just splashed £80 million on social media celebrities after its most recent surge in sales. Influencer marketing has increased by 59% from last year and is now a key strategy for engaging boohoo’s core demographic: women aged between 16 and 24. Here is a list of its most well-known influencer endorsements (plus their Instagram tags): 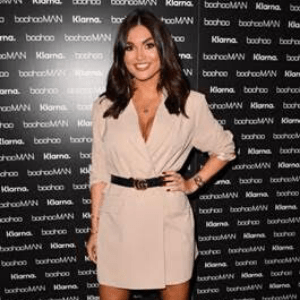 The shopping company has really taken the UK by storm, which is evident when looking at its rising yearly revenue. Between 2012 and 2013, revenue increased by 60% in the UK alone, and from 2016 to 2017, it went up by a staggering 95%. The average year-on-year revenue growth has been 53%. While its rivals’ sales numbers took a hit in late 2019, boohoo experienced a 44% jump in the four months leading up to New Year’s Eve. boohoo’s market value of £5.22 billion is now bigger than that of Marks & Spencer (£2.19 billion).

The Shark WV200UK is small and nimble for light pick-ups, but the CH950UKT can cope with pet hair cleaning. Which one will you go for?

Shark’s CH950UKT is its dedicated pet model, while the WV251UK wields a couple of batteries. Which one is worth your money though?

January loan drop: Get the most out of your new year bank balance Where to buy petite clothes