Since the Lord of the Rings, the land of the long white cloud has been growing in popularity as a destination for tourists and expats alike. Whether you’re heading across the Tasman to see the Redwoods of Whakarewarewa Forest or to hit the slopes near Queenstown, find out the best way to access New Zealand dollars when you’re there.

How many dollars do I need to bring to New Zealand?

*Prices are approximate and are subject to change.

Which should I opt for: travel card, debit card or credit card?

If you’re wondering about card acceptance, it works in New Zealand the same as the UK. ATMs are everywhere and nearly all businesses accept EFTPOS payments, which you can use for contactless purchases and to get cash out over the counter when you use your debit card. To give you an idea, 75% of all transactions in New Zealand go through the Paymark system (Paymark provide EFTPOS terminals to businesses), so there’s no issue using your Visa and Mastercard credit card or debit card. American Express cards are accepted in fewer places than Visa and Mastercard. ATMs are available in most towns with the major banks represented: ANZ, ASB, Bank of New Zealand (BNZ) and Westpac. Some ANZ branches are branded as The National Bank.

Travel money options for New Zealand at a glance

How the different travel money products work in New Zealand

Like in the UK, you can use a debit card to make ATM withdrawals, purchases over the counter and get cash out using EFTPOS in New Zealand. Most of the debit cards available to British people will charge an additional fee for currency conversion when you transact in New Zealand dollars. There’s also the international ATM withdrawal fee to think about too.

If you want to apply for a credit card to use overseas, start by looking at the credit cards we’ve listed in the comparison table. Look out for cards that don’t charge a currency conversion fee when you’re transacting in a currency other than British pounds. Some cards also offer up to a number of interest-free days when you pay your balance in full before the end of the statement period, which could help you save on interest costs. Some credit cards also offer complimentary travel insurance, which could save you the time and money you’d need to organise your own.

Don’t use your credit card to withdraw money from an ATM, though. Credit card withdrawals are considered cash advances and will usually incur high interest and a fee. You can avoid some of these fees by loading your own money onto a credit card. Note that the card scheme anti-fraud guarantees don’t apply if you’re using a credit card with a positive balance.

There are drawbacks too, there are a number of fees on the front and back end such as international ATM withdrawal fees, card issue fees, initial load fees, reload fees and some travel cards even charge for inactivity.

Traveller’s cheques have been replaced by other travel money products such as debit cards, credit cards and travel money cards. A cheaper way to get cash in New Zealand is to make an ATM withdrawal, especially so if your card provider has a relationship with the bank which owns the ATM. The main advantage of traveller’s cheques is they can be replaced if they’re lost or stolen, and only you can cash them. The card schemes (Mastercard for example) give you a money back guarantee if you’re the victim of card fraud. This means traveller’s cheques are often more hassle than they’re worth.

Paying with cash in New Zealand

Save on foreign currency exchange fees by using product which lets you make cheap ATM withdrawals. Currency exchange offices charge a commission to exchange British pounds as well as making money off a margin applied to the exchange rate. 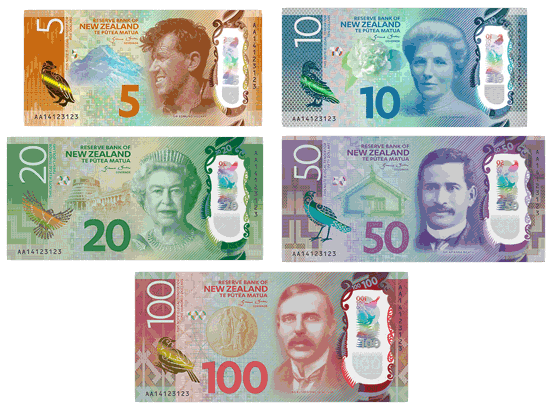 Skiing in Queenstown: the adventure capital of the world

Mike says Queenstown is recognised as providing the best overall skiing experience in New Zealand. The snow, the nightlife, the food and the atmosphere are all top notch.

Where did you go?

Mike visited the Coronet resort, which is about 20 minutes away from Queenstown. He stayed in the city for a couple of weeks and did the commute each day. He also skied at The Remarkables and Cardrona peaks.

Mike says he could use his debit and credit card almost everywhere. On the mountain to pay for his ski pass, rental and drinks at the end of the day. Mike says small purchases like coffee and hot chocolate are mostly cash only. In Queenstown he used his card at restaurants, at bars and clubs. He took the shuttle to the mountain and back every day and he used his card to purchase 10 tickets at a time from the Queenstown Snow Centre.

Mike says he used an ATM a couple of times, but was mostly able to pay with his travel Visa Debit Card. He says he got cash out when he made purchases with the travel Visa a couple of times. He was able to get up to a hundred dollars on each occasion, but he says it really depends on the merchant and how much cash they have in the till. When he did use the ATM, he had to pay the local ATM operator fee. There were no issues with card acceptance at New Zealand ATMs.

What are your travel money tips?

Mike says if you’re travelling by shuttle bus to the peaks, purchase the tickets in bulk. A single ticket costs $15, there’s a discount if you purchase packs of 10 or 15 tickets at a time.

Buying currency in the UK

You can bring the British pound equivalent of $10,000 New Zealand dollars with you from the UK. If you take any more than this, you have to declare your cash when you pass through customs. You will get a better deal if you wait to get your money changed in New Zealand, even better still if you make a withdrawal from an ATM rather than use a money changer. If you want to get your money changed in the UK, have a look at these companies, they can sell your foreign cash.

If you have any questions about travel money for New Zealand, get in touch with us using the form at the bottom of the page.