An insider's guide: The best ways to take, save and spend travel money in France.

France was one of the first countries to merge into the Eurozone and the euro has been the national currency of France since 1999.

If you’re heading to France, you can use debit cards, travel cards or credit cards to spend in more places than not. However, choosing the right travel money product is an important part of planning your trip – it could relieve stress and the fees that are tacked on to your bank account at the end. 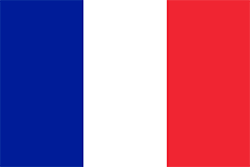 How much should I budget to travel to France?

Paris is one of the top tourist destinations in the world and prices can rise according to the number of tourists and the destination’s reputation. For example, Bordeaux is a rich city and famous for its wine and lesser known cities such as Lille are a little cheaper — but only marginally.

Euros are a stable currency, so don’t expect the rate to change too much when you’re in France. If you believe it’s going to get more expensive to purchase euros, you can lock in a rate with a travel card or traveler’s checks.

How to send money to France

Most retailers and merchants are credit card and debit card friendly. Visa and Mastercard are accepted everywhere, but American Express and Diners Club cards can be used in fewer places.

When making payments, some merchants may have a spending minimum — 10 euros for example. However, if you’re making a contactless payment, you can get away with purchases of just a couple of euros using your card.
How to use a credit card in France

These travel cards allow you to load dollars and lock in a rate when you convert the funds to euros — letting you spend without paying the 3% currency conversion fee. You can hold different currencies on these cards at the same time, which is handy if you’re heading to the UK.

Although you’re saving on currency conversion, you may be subject to ATM fees, reload fees, card issue fees and inactivity fees.

Equipped with a chip, secured with a PIN, and providing direct access to your own money, debit cards get the gold for convenience when it comes to travel money in France. Look for a checking account that doesn’t charge for currency conversion or international ATM withdrawals.

Pick a travel friendly credit card if you’re looking to apply for an additional line of credit for your trip to France. Look for a card that waives foreign transaction fees and offers travel features like complimentary international travel insurance and complimentary purchase protection insurance that some high-end cards may offer – like the Barclaycard Arrival Plus World Elite Mastercard.

Paying with cash in France

You can use your card in France for most things, but if you want to shop at the street markets, you’ll need cash — ATMs are typically onsite. Places like Porte de Clignancourt and Les Puces de Montreuil in Paris have some amazing deals for things you never thought you’d find.

ATMs are everywhere in France. Ask for a banque électronique if you need directions from a local — though you really won’t have to look far to find a machine.

Some key information to know if you’re using an ATM in France:

Jacob spends a bit of time in Paris. Last time he was in France, he spent two and a half months in Paris and few weeks traveling to some of the smaller cities in the North of France.

Why did you take these cards with you?

He signed up for the Barclaycard to get the excellent sign up bonus. On top of that, the card has no foreign transaction fees and is part of the Global ATM alliance. He used the card to pay for his flights to score complimentary travel insurance.

The Discover Bank Debit Card is his day-to-day card and he used it to make over the counter purchases and ATM withdrawals because it waives both the foreign transaction and international ATM fee.

Did you withdraw from ATMs?

He used his Discover card to withdraw cash from ATMs in France because he could avoid the fee.

Were there any places where you had trouble using your cards?

Jacob says he didn’t have a problem using his card throughout France, although he spent the majority of his time in Paris. He said that some places make you spend over 20 euros if you want to use your card. However, if the business accepts contactless payment, you can use your card for small purchases.

What’s your recommendation for the best form of travel money to take to France?

Jacob says a credit card is a must. He also suggests it’s worth including a debit card that doesn’t charge for currency conversion or international ATM fees.

Do you have any travel money tips for France?

Buying euros in the US

Euros are a major international currency, you can buy euros at banks, exchange offices, at the airport – the list goes on. You will get a better deal if you wait to buy euros in France, even better if you make an ATM withdrawal using a no ATM fee and no foreign transaction fee debit or travel card.

If you want some cash in your pocket when you land, compare the following foreign cash providers.

Take a combination of travel money products to get the most from your travel budget. A credit card is a great way to make large purchases, while using a travel card or a debit card is better for smaller everyday expenses and cash withdrawals.

Give yourself a couple of different ways to access your travel budget in case something happens to one of your cards, as it can take you a couple of days to recieve an emergency replacement card from your bank or lender.

Get travel insurance quotes for your vacation in France

Kyle Morgan is a producer for finder.com who has worked for the USA Today network and Relix magazine, among other publications. He can be found writing about everything from the latest car loan stats to tips on saving money when traveling overseas. He lives in Asbury Park, where he loves exploring new places and sipping on hoppy beer. Oh, and he doesn't discriminate against buffalo wings — grilled or fried are just fine.