Despite living in a world where everyone is paying with credit or debit cards, Japan is still very much a cash society.

Whether you’re visiting the islands of Japan for business or pleasure, you can save money by using travel-friendly plastic while you’re there. Here we’ll look at the travel cards, credit cards and debit cards most suited to use in Japan.

Our picks for traveling to Japan

Our pick for travel credit card

Our pick for multi-currency debit card

Japan is a cash society; however, credit cards and debit cards are accepted in most places in Japanese cities. Establishments such local restaurants, markets and rural inns (ryokans) are cash only. In the places where you can use your card, you may have issues if your card doesn’t have your name on the front.

Best is a subjective term, but the travel money product you use should have one of these features:

Next, you need to have an idea about how you plan to spend in Japan. While Japan is very much a cash society, there are times when you’ll need to use your card, for example when booking a hotel.

These are your options for spending money in Japan 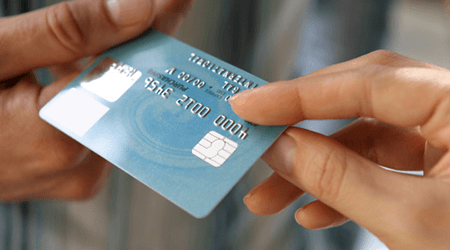 Learn more about using a credit card in Japan

All credit cards allow you to spend in a foreign currency and some are cheaper to use than others. It’s smart to compare credit cards that don’t charge a fee for foreign transaction so you don’t have to worry about this pesky fee when you’re on vacation – the Barclaycard Arrival Plus World Elite Mastercard does just that and offers some perks.

The majority of credit card issuers charge a fee to use international ATMs, but the are some on the market that waive the fee. Keep in mind when using your credit card that cash advances will be subject to hefty fees and interest charges. 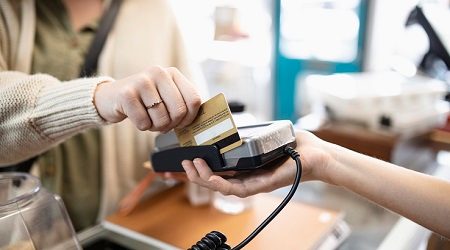 The majority of debit card issuers charge you a fee when you make a purchase in a foreign currency, but there are a few who will let you slide. Look for a debit card that waives the foreign transaction fee and the international ATM fee as well – like a Discover Bank debit card. If you have an account with Citibank, locate and use a Citibank ATM in Japan and you’ll pay nothing. 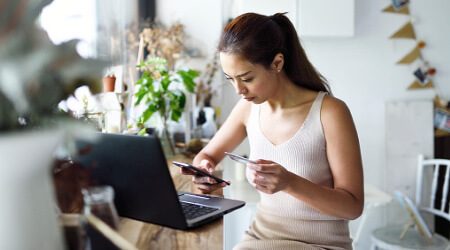 A travel card lets you dollars and convert the funds to yen (along with a number of other currencies). The main advantage to these cards are they allow you to spend without paying extra for currency conversion.

These products require a little more management than debit and credit cards, as you’re responsible for reloading the card before you run out of money. Remember it can take up to three business days for funds clear or even longer if it’s a public holiday or weekend. Paying with cash in Japan

If you plan on indulging in Japanese culture — think tea ceremonies, guided tours in Sakura season, entry to the Emperor’s Palace and small cafeterias and eateries — you’ll need cash. The cost of ATM withdrawals should be a factor in your comparison when looking for cards. 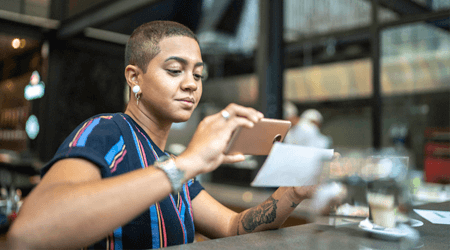 Although traveler’s checks are becoming a dated form of travel money, they are still used by people who are looking to take a bulk of money safely to Japan. The traveler’s checks widely accepted in Japan are Visa, American Express and Thomas Cook.

To get the best rates, you can redeem them at banks and post offices. Redeeming the check at stores or hotels will attract fees and commissions. In Japan, the traveler’s checks attract a relatively better exchange rate than bank notes.

A guide to the Japanese Yen

The main banks in Japan are:

Most ATMs in Japan do not accept international cards. Look for ATMs inside Japanese Post Bank and Seven Bank. Citibank have a presence in major cities and airports. Visa and Mastercard have ATM location tools on their website you can find the closest ATM.

This may change in the future. Tokyo is host the 2020 Olympic Games. The government is pushing Japan’s national banks to connect to the international ATM network. As the Olympics approach, expect more and more Japanese banks begin to accept international credit, debit and travel cards.

How much ¥en do I need to bring?

All prices are in US dollars.

Prices are approximate and are subject to change.

I visited Japan with my husband in October 2017. We brought ourCapital One Quicksilver Cash Rewards Credit Card credit card, because it offers no foreign transaction fees and a flat cashback rewards rate on everything. We also brought several hundred dollars in cash to exchange at the Tokyo airport at a fair exchange rate.

I love that I don’t need to notify Capital One before I go abroad. The last time I visited Japan, my Bank of America account was flagged and locked for fraud, even after notifying my bank before I left for my trip. With Capital One, I get an email asking if I recognize suspected purchases, but I can still access my money.

At one point I needed more cash, so I used my card to get a cash advance, despite the fees and high conversion costs. The problem is that most ATMs require a PIN to access cash, so I spent an hour on the phone with Capital One’s customer support. It would have been easier to access cash if we’d called our bank before we left to set up the PIN.

Cash is still the most convenient and widely accepted payment method in Japan. (Plus, you’ll need lots of change for public transit and all the fabulous vending machines.) You might also want a backup method of getting money, like a debit card. And if you need a 24/7 ATM that accepts American credit cards, look for a 7-Eleven. 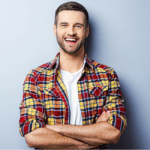 Were there any places where you had trouble using your card?

Luke says it should be pretty obvious whether a place takes plastic or not. Most places he could tell by the look of the establishment, but he always made sure to ask. Luke points out in Tokyo there are a lot of good “hole-in-the-wall” places to eat, and these establishments were mostly cash only.

Get travel insurance quotes for your vacation in Japan

There are many types of travel insurance out there, ranging from basic to comprehensive and additional coverage options such as winter sports insurance – which if you’re planning on taking on the powder in Japan, it’s a must.

Our latest travel deals to Japan

Cheap hotels in Japan from $18

Book hotels in Tokyo, Kyoto, Yokohama and other cities in Japan. Earn $1 Orbucks on every $1 spent. T&Cs apply.
Get deal

Save up to 15% on Japan tour packages

Take off to Tokyo, Kobe, Fukuoka, Osaka and other cities in Japan with China Eastern, Air China, Air Canada, Japan Airlines or ANA.
Get deal

Up to 15% off ski vacations and snowboarding trips

Enjoy the thrills of the best skiing worldwide plus exploring new locations with group ski trips to destinations like Canada, Europe, New Zealand, Japan and more. Duration: 7-16 days.
Get deal

Deals on things to do in Japan

Cheap flights to Japan from $308 round trip

$20 discount on (1) flight departing from China (including Hong Kong), South Korea, Japan, Vietnam or India and arriving in the United States or Canada. New users only.

Deals on ski, snowboard and snow tours in Japan

Get deal
Was this content helpful to you?
Thank you for your feedback!

Megan Horner is the banking and credit cards Group Publisher at Finder. She's passionate about helping you find the best credit cards and bank accounts to meet your financial needs — whether that's earning great rewards or improving your credit score. Megan's expertise has been spotlighted on Lifehacker, CreditCards.com, American Banker and featured on news broadcasts across the country. Before working at Finder, Megan worked at Credit Karma and QuinStreet.