Learn how to easily invest in Coca-Cola Consolidated stock.

How to buy shares in Coca-Cola Consolidated

Use our graph to track the performance of COKE stocks over time.

Coca-Cola Consolidated shares at a glance

Is it a good time to buy Coca-Cola Consolidated stock?

Is Coca-Cola Consolidated under- or over-valued?

The EBITDA is a measure of a Coca-Cola Consolidated's overall financial performance and is widely used to measure a its profitability.

There are a few different ways that this level of interest in shorting Coca-Cola Consolidated shares can be evaluated.

A SIR above 10% would generally be considered pretty high, pointing to a potentially pessimistic outlook for the share price and a discouraging interest in betting against Coca-Cola Consolidated.

Find out more about how you can short Coca-Cola Consolidated stock.

Recently Coca-Cola Consolidated has paid out, on average, around 3.49% of net profits as dividends. That has enabled analysts to estimate a "forward annual dividend yield" of 0.25% of the current stock value. This means that over a year, based on recent payouts (which are sadly no guarantee of future payouts), Coca-Cola Consolidated shareholders could enjoy a 0.25% return on their shares, in the form of dividend payments. In Coca-Cola Consolidated's case, that would currently equate to about $1 per share.

Coca-Cola Consolidated's most recent dividend payout was on 5 August 2021. The latest dividend was paid out to all shareholders who bought their shares by 21 July 2021 (the "ex-dividend date").

Have Coca-Cola Consolidated's shares ever split?

Beta is a measure of a share's volatility in relation to the market. The market (NASDAQ average) beta is 1, while Coca-Cola Consolidated's is 1.0979. This would suggest that Coca-Cola Consolidated's shares are a little bit more volatile than the average for this exchange and represent, relatively-speaking, a slightly higher risk (but potentially also market-beating returns).

Coca-Cola Consolidated, Inc. , together with its subsidiaries, produces, markets, and distributes nonalcoholic beverages primarily products of The Coca-Cola Company in the United States. The company offers sparkling beverages, such as carbonated beverages; and still beverages, including energy products, as well as noncarbonated beverages comprising bottled water, tea, ready to drink coffee, enhanced water, juices, and sports drinks. It also sells its products to other Coca-Cola bottlers; and post-mix products that are dispensed through equipment, which mixes the fountain syrup with carbonated or still water enabling fountain retailers to sell finished products to consumers in cups or glasses. In addition, the company distributes products for various other beverage brands that include Dr Pepper and Monster Energy. It sells and distributes its products directly to retail stores and other outlets, which comprise food markets, institutional accounts, and vending machine outlets. The company was formerly known as Coca-Cola Bottling Co.

Coca-Cola Consolidated in the news 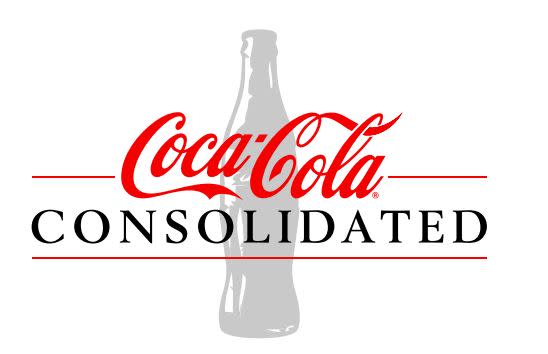