What is cryptocurrency?
Best crypto exchanges
Best crypto wallet
How to trade crypto
What is DeFi?
NFTs explained

Bitcoin (BTC) is the Goliath of cryptocurrency. With the largest market cap and the highest level of mainstream recognition of any digital currency, this peer-to-peer electronic cash allows you to send and receive payments without going through a middleman like your bank.

While bitcoin may be the best-known crypto, that doesn’t necessarily mean it’s the best. There are many other currencies with similar and even superior features to bitcoin, so let’s take a closer look at 10 leading bitcoin alternatives. Created as “the silver to bitcoin’s gold” by Google programmer Charlie Lee, Litecoin was launched in October 2011. Though also a peer-to-peer payment currency, Litecoin was designed to offer a few key benefits over bitcoin including reduced transaction fees and faster payment processing.

Litecoin was actually one of the first forks of bitcoin, and through the use of a different mining algorithm (Scrypt instead of SHA-256) was designed to be accessible to a wider range of miners. The aim was to avoid the mining centralization plaguing bitcoin, but the subsequent development of sophisticated mining technology targeting the Scrypt algorithm has since put Litecoin mining well beyond the reach of everyday PC users.

That said, Litecoin’s faster processing times and lower fees make it more useful for everyday transactions than bitcoin. However, it can’t match bitcoin as a store of value and will probably never be able to achieve the same iconic status and mainstream recognition that the world’s first digital currency enjoys. 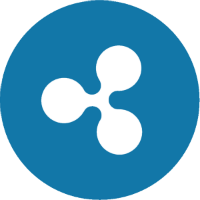 Despite its position at the top of the cryptocurrency tree, bitcoin has its shortcomings – as more people use it, the more its network struggles to keep up, resulting in transactions that are slow and expensive. Throughout 2017, there was heated debate amongst the bitcoin community about how to best overcome this problem, with some wanting to increase the size of blocks in the blockchain and others keen to keep the existing block size and restructure how data is stored within those blocks.

Unable to reach consensus, the minority that wanted to increase the size of blocks hard forked away from the bitcoin blockchain on August 1, 2017, creating Bitcoin Cash. This new currency offers an 8MB block size compared to bitcoin’s 1MB, with transactions confirmed in minutes and for a much lower cost than bitcoin transfers. 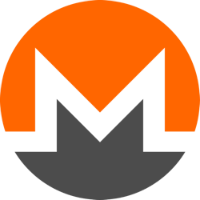 Through the use of several privacy-focused technologies, Monero allows holders to send and receive funds without the origin, amount or destination of a transaction visible to anyone else. Meanwhile, although bitcoin is commonly perceived as allowing private transactions, it’s possible for payments sent through the bitcoin network to be de-anonymized.

This means that while individual bitcoins can be tainted through their association with previous transactions, for example, if they were stolen from an exchange, each XMR is essentially the same as the next.

Another key difference between bitcoin and Monero is that while the former is battling mining centralization, Monero’s CryptoNight algorithm is designed to suit mining by ordinary CPUs and GPUs. In fact, Monero was even hard forked in April 2018 to prevent expensive ASIC machines from mining the network. 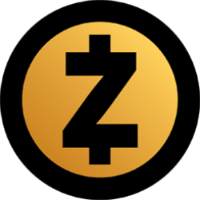 Just like bitcoin, Zcash has a maximum supply of 21 million coins. It’s also a proof-of-work cryptocurrency that can be mined, although its Equihash algorithm is designed to provide resistance to ASIC mining technology. 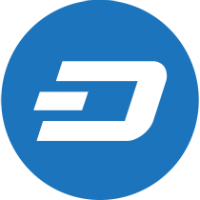 Finally, rather than using a single mining algorithm, Dash features a combination of 11 mining algorithms known as X11 that’s designed to ensure that coins are more fairly distributed amongst miners. 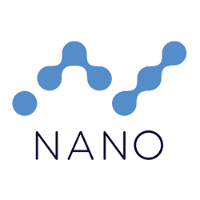 To achieve this, it uses a combination of blockchain (used by bitcoin and the majority of other cryptocurrencies) and directed acyclic graph technology (DAG, known to be used by IOTA). This “block-lattice” infrastructure is designed to bring together the security benefits of blockchain with the advantages for network scaling that DAG offers. 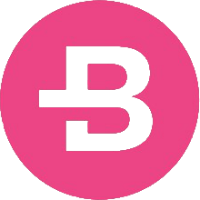 Released in July 2012, Bytecoin is yet another cryptocurrency that aims to tackle bitcoin’s lack of privacy. Based on the CryptoNote protocol, Bytecoin is a peer-to-peer currency that offers anonymous transactions by obfuscating the senders and recipients of transactions. Interestingly, Monero (which is also featured in this list) was a fork of Bytecoin.

Using the Egalitarian proof-of-work algorithm, Bytecoin is designed to be easier to mine with CPUs and GPUs than bitcoin. Its price also remained relatively stagnant for several years until 2017, when the growth of cryptocurrencies and an increasing demand for privacy coins resulted in substantial price fluctuations. Like Bitcoin Cash, Bitcoin Gold was created as the result of a bitcoin hard fork. With a plan to “make bitcoin decentralized again”, the fork occurred in October 2017.

With the vast majority of bitcoin mining concentrated among a select number of mining companies with significant financial resources, the team behind Bitcoin Gold argue that this goes against one of the key principles of cryptocurrency: decentralization. Launched in July 2015, Ethereum is a decentralized platform where developers can create and deploy smart contracts and decentralized applications (dapps). Its native currency, ether (ETH), is used to pay transaction fees and power applications on the Ethereum platform.

Disclosure: At the time of this writing, the author holds ADA, ICX, IOTA and XLM.

How to mine Bitcoin (BTC) Bitcoin vs Monero: Compare to discover differences that matter