A complete beginner's guide to Bitcoin, how it works and why it's so expensive.

Where to buy/sell BTC Learn more

Bitcoin is a digital asset that only exists online. It’s often described as being like an electronic combination of cash and gold. Bitcoin is meant to be spendable like cash, but also able to hold a lot of value similar to gold. However, unlike cash or gold, Bitcoin is entirely digital.

Bitcoin refers to two things at the same time.

The Bitcoin digital asset is very simple. Bitcoin is just a digital coin, often abbreviated to BTC. It’s like any other coin except it’s purely digital. These coins are gradually created over time, up to a maximum of 21 million.

Each of these coins can be collected, traded and spent like money. The amount of new coins created will slow down over time and it will eventually take decades to produce just a few coins at the end.

When someone talks about buying, selling or trading Bitcoin, they’re talking about these coins.

Everything else that makes Bitcoin special is down to the Bitcoin network.

What makes the Bitcoin network special is that no one’s in charge of it and no one can control it.

Who invented Bitcoin and where did the Bitcoin network come from?

Bitcoin was invented by someone, or a group of people, called Satoshi Nakamoto.

No one knows who Satoshi Nakamoto really is.

Why do people buy Bitcoin?

Bitcoin prices are influenced by supply and demand. A Bitcoin is only worth as much as someone is willing to pay for it.

There are three main reasons why people buy Bitcoin.

Where can I buy Bitcoin in the US?

As the Bitcoin blockchain grew, an entire industry grew alongside it, including plenty of Bitcoin brokers and marketplaces.

You can find and compare some of them here.

What else can I do with Bitcoin?

The Bitcoin network was the first ever example of a blockchain as we know it today. It’s called blockchain because it can be pictured exactly like a series of blocks that have been chained together.

The Bitcoin transactions are contained in the blocks themselves and because they’re chained together the blocks can be easily processed in an organized fashion. This makes it easier for the Bitcoin network to keep a complete record of all the transactions.

In the case of the Bitcoin blockchain, a new block is created every 10 minutes on average. Whenever one arrives, the Bitcoin network automatically looks at all the transactions it contains, sends those payments to the correct recipients and records all the details of those transactions in its ledger.

The most up-to-date version of the ledger itself is transmitted on the blockchain along with the transactions.

Because the Bitcoin network is a robot:

This system is what gives Bitcoin its value. Because it’s fully automated and keeps impeccable records it’s also impossible to counterfeit Bitcoin and you can be 100% sure there will only ever be 21 million.

You can explore the Bitcoin blockchain and go through its records from your computer, using programs called block explorers.

This is what blocks look like when you use this block explorer. You can follow along with it to see how easy it is to go through the Bitcoin network’s ledger.

These are the kinds of details the Bitcoin network automatically records in its ledger. In this way you can find every Bitcoin transaction that’s ever happened.

A more detailed guide to blockchain

How does Bitcoin mining work? 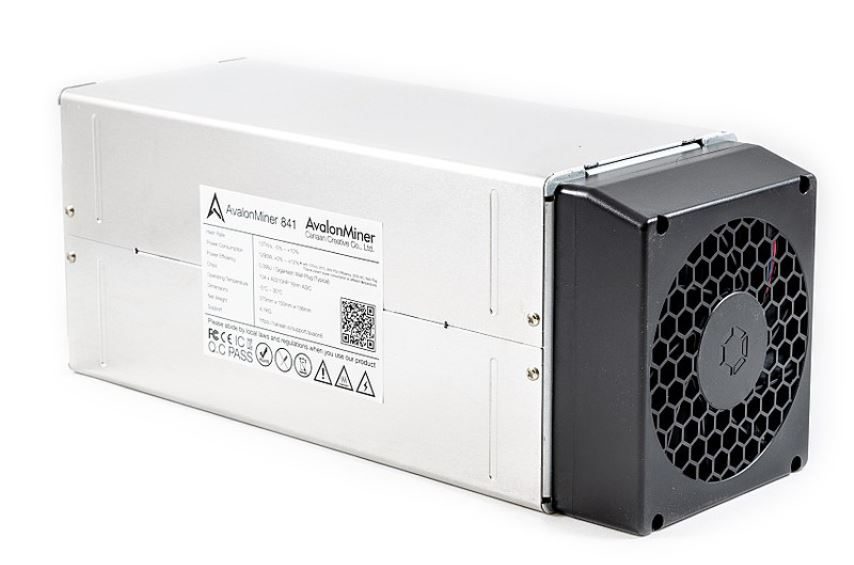 There are many different makes and models of Bitcoin mining machines,
but this is what most of them look like. Wikimedia Commons

Everything up to this point is purely digital. It’s all just lines of code and anyone who wants to see exactly how Bitcoin is programmed can do so easily.

But of course, the Bitcoin network still needs to come back to the real world at some point. It needs electricity to keep going and it needs to be tough enough to resist hackers.

This is where Bitcoin mining comes in.

Bitcoin mining is the act of searching for new blocks on the blockchain. This is done by solving a complex math problem. Whoever finds the answer first gets to add the next block to the blockchain and is awarded some newly created Bitcoin at the same time. This is where new Bitcoin comes from.

Ingeniously, the Bitcoin network will automatically adapt to the amount of energy that goes into solving those maths problems to make sure it always takes an average of 10 minutes to find each new block, no matter how much energy is put into it.

Theoretically, any kind of computer can solve these math problems and you could even do it with a pen and paper if you really wanted. But it’s a race to win the new Bitcoin, so miners try to be as fast as possible. To this end they now use specialized Bitcoin mining machines designed to solve the problems as quickly as possible.

A tiny portion of this energy is used to actually pack blocks and send transactions around the Bitcoin network, while the vast majority of it is simply there to make sure the math problems behind each new block are extremely difficult.

This is important, because the more difficult those maths problems are, the tougher it is to interfere with the Bitcoin network.

Learn about and compare mining options

More on mining: What if the maths problems are too easy? 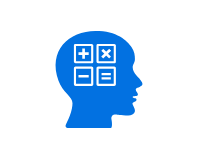 If the math problems are too easy, it would be possible for someone to find blocks too quickly. This is dangerous because if the same person manages to consecutively find enough blocks, they can trick the Bitcoin network.

But because the math problems are so tough, on account of so many people competing to find the next block, it’s very difficult for one person to find too many blocks for themselves.

The reason this protects the network is that someone who wants to attack Bitcoin can only modify the block they’ve discovered. They can’t tamper with other miners’ blocks.

So even if they tamper with their own block, for example by removing someone else’s transactions, their version of that block would be the odd one out. The Bitcoin network would realize there was something wrong with it and it wouldn’t put it in the ledger.

But if someone has a lot of blocks, they can tamper with one, then string out a lot of other blocks behind it. In this way, they can disguise their fake block as the real one and trick the Bitcoin network into accepting it as the real one.

With so many miners using all that energy to ensure the math problems are super difficult, you can ensure no one will ever be able to hoard enough blocks to trick the network.

That’s how Bitcoin and its blockchain work. On one end it’s just a lot of miners solving math problems, but on the other end it’s like an autonomous digital, fully-automated payments robot that automatically records all transactions and lets you safely send money anywhere in the world without needing to use a bank or other payment service.

Bitcoin is just the beginning. It didn’t take long for people to recognize the potential of the blockchain technology behind the Bitcoin network and to start thinking of other things to do with it.

How do I store my Bitcoin safely?

Bitcoin itself will always be on the blockchain and nowhere else.

So when you own Bitcoin, you’re actually taking possession of what’s called a private key. These keys are used to unlock the section of the Bitcoin ledger where your coins are held, letting you move them around.

By itself, the private key looks like a complicated password, made up of a long string of numbers and letters.

These keys are stored in specially-designed digital wallets.

Learn about wallets and keeping your Bitcoin secure

Best ways to store your Bitcoin

How to buy, sell and trade Bitcoin Gold Segwit2x: A beginner’s guide to the bitcoin fork
Feedback