Ethereum was conceptualized in 2013, and formally launched in 2015 by a group of international developers who were seeking to extend the usefulness of Bitcoin. The cryptocurrency world responded favorably turning ether into the second largest cryptocurrency by market cap by 2017. Similarly, Ethereum is the second most used blockchain platform as measured by number of wallets, and daily transaction volume.

Within Finder's guide to Ethereum, we dig into the history of Ethereum, its features and what you need to know before considering investing in ETH.

The roots of Ethereum date back to before Bitcoin, with a developer named Nick Szabo. In 1994 he wrote a paper detailing the fundamentals of smart contracts which later became a foundational building block for Ethereum. The invention of blockchain in 2009 was the missing ingredient in Szabo's ideas that made smart contracts possible. Programmer, visionary, and now leader of Ethereum, Vitalik Buterin proposed the project in 2013. A team composed of notable cryptocurrency figures such as Charles Hoskinson (Cardano) and Gavin Wood (Polkadot), among others, put together a funding round for Ethereum, raising about $18.3 million.

Development took roughly 2 years from the time of inception to the time of launch in 2015. When the blockchain began on 30 July, 72 million ether had been pre-mined and distributed to both the founding team and participants of the crowd-sale. Ethereum would go on to gain traction in the cryptocurrency space as developers began tinkering and writing decentralized applications, or "dApps" for short.

One of the first use cases to be explored on Ethereum was the decentralized autonomous organization, or DAO for short. In 2016, a project called "The DAO" raised more than $150 million worth of ether. Participants of the crowd-sale received DAO tokens which doubled as voting power for the organization. The project was created to invest in and fund future businesses, use cases and applications throughout the Ethereum ecosystem. However, in 2016 the DAO suffered a hack which allowed the attacker to drain approximately $50 million worth of ether from the DAO's reserves.

A decision was made by Ethereum leadership to reverse the hack by rolling back the blockchain. This decision was and still is controversial as some proponents of cryptocurrency and blockchain insist that code is law. A version of Ethereum wherein the attack was never reversed still remains active today, and is known as Ethereum Classic.

While much more has taken place within Ethereum's lifetime since 2016, they have more to do with its features, and will be covered in the next section. Understanding where Ethereum came from is important to grasping what makes Ethereum both a successful and controversial project.

Ethereum has been so successful at capturing the attention, and traffic, of users that too much use has become a problem. Increased traffic on Ethereum results in high average transaction fees and wait times, creating a distasteful user experience for newcomers to cryptocurrency. A set of upgrades under the umbrella Ethereum 2.0 (ETH2.0) is set to resolve many of these scaling issues, but deadlines have continually been pushed back to later dates.

Today, a variety of "layer-2" scaling solutions has sprung up in order to address the excess traffic on Ethereum. While these other parallel ecosystems are having their own range of successes, so too have competitors of Ethereum that aim to claim a portion of the DeFi and NFT market share. Some of these projects are led by previous co-founders of Ethereum.

Ultimately Ethereum has contributed massively to the developments and innovations surrounding cryptocurrencies. It is responsible for setting several standards that are used by supporting, and competitor, ecosystems. As a result, both the technology that underpins Ethereum and ETH itself have gained an impressive level of traction. As well as dominance throughout the cryptocurrency world. Ether therefore has grown to become consistently the second largest cryptocurrency by market cap.

Ethereum is best conceptualized and described as a regular desktop computer with a harddrive and an operating system. Users interact with applications installed on the operating system, and submit transactions which are then permanently added to the harddrive (the blockchain). The reason why Ethereum is so special is that, just like a general computer or smartphone, developers all over the world can build whatever application they like for Ethereum.

At a fundamental level, Ethereum is composed similarly to Bitcoin. It is a proof-of-work blockchain complete with miners that are distributed all around the world. These miners process transactions for every interaction with an application on Ethereum, then permanently add them to the blockchain. Each block, miners race to solve a math problem and earn a reward (ETH) if they are the first to solve the problem and add the next block to the chain. However, Ethereum has adopted a hybrid proof-of-work, proof-of-stake model, with intentions on moving exclusively to a proof-of-stake model in the future. The difference is that users lock up their ether (stake) in exchange for a chance to produce the next block, instead of running miners that expend energy to solve a problem.

Lastly, Ethereum works at a practical level because of its "lego-style" composability. A program or token created by one developer has the potential to interact with a program or token created by another. This interconnectedness has led to the Ethereum ecosystem at large to thrive, as collaboration and cohesion are principles that are built straight into its design. Everything in Ethereum is open source, so if a developer creates and launches an idea that someone else likes, they're able to copy and improve upon it. This ultimately leads to rapid, high quality development of ideas.

Smart contracts are financial programs that dictate the creation, trading and transferring of tokens of value. In short, they enable programmable money. Programmers can create a token, then write a set of rules that this token needs to conform to. This rule set has colloquially come to be known as the "tokenomics" of a cryptocurrency. Alternatively, a programmer can write a program to mediate and facilitate the trading of cryptocurrencies between 2 or more entities; effectively an escrow service without a trusted 3rd party. Even the rules of NFTs are written in smart contracts, further demonstrating their versatility. Every token, dApp and program running on Ethereum uses smart contracts in some way. They are the fundamental building blocks that made Ethereum what it is today. 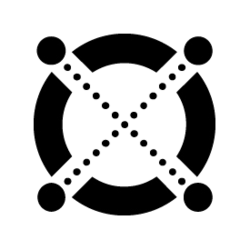 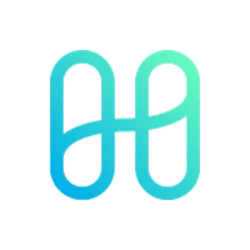 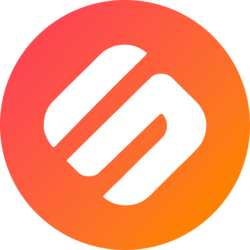 Ethereum as such does not make money. The miners that run Ethereum make money by either staking their ether (ETH) or by running computers that mine blocks for the network.

Analysts will say that Ethereum can capture a significant share of the multi trillion dollar bond market. While the value would not directly accrue to ether, the price per ETH typically increases as the total value locked (TVL) on ETH also increases. Conservative estimates range from $4,000 to $20,000 per coin.

Ethereum is different from Bitcoin in many ways. The most notable of which is that Bitcoin cannot run complex smart contracts like Ethereum. When Ethereum switches from proof of work to proof of stake, this will be another larger distinguishing factor between the 2 blockchains.

What was Ethereum's all time high?

The lowest ever price of ETH was the price it was sold for at the crowdsale, $0.31 per ETH.

Crypto Traders Turning Against Cardano, Tron and One Ethereum Rival, Says Santiment – But There’s a Catch 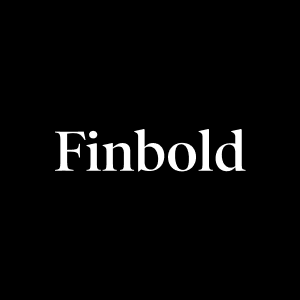 How to buy Ethereum (ETH)