Will we see marijuana startups take off?

We are in a time where societal norms are expanding to accommodate a more connected world. With this, many emerging industries are now providing great numbers of opportunities for entrepreneurs and investors. Among these is the legal cannabis industry.

Despite being polarising to many, this sector is quickly transforming. With such a wide variety of positive uses for consumers – from medical to recreational – it’s clear that the industry has billion-dollar potential. Read on to find out just how quickly the legal cannabis industry could grow on a global scale.

The global legal cannabis industry is expected to double from 2020 to 2025, with over $43 billion to be spent on legal cannabis. With legalisation of cannabis slowly unfolding across the globe, there are several opportunities in the industry for cannabis startups and established organisations to add cannabis products to their stock in a bid to join this emerging industry.

Medicinal use by generation

According to a study on 1,000 cannabis dispensaries, the medicinal use of cannabis varies considerably from each generation. Millennials are the largest proportion of users of medicinal cannabis, with the substance having shown to be helpful in stabilising an individual’s mood, particularly in relation to anxiety and depression. Just 1% of users are of the silent generation, making those aged 75–95 the lowest percentage of users. This could be because this generation have lived through years of cannabis being stigmatised with long prison sentences. Millennials and generation Z make up 59% of medicinal users and there is even evidence of cannabis being important in tackling mental health problems.

Legal cannabis in the rest of the world

The US leads the way in legal cannabis production and consumption. After an extra 10 states legalised the sale of cannabis over the period of 2021–2022 and with over 141 million Americans living in these 18 states where it is legal, this is the largest population with access to the legal sale of cannabis.

In Europe, Amsterdam is notoriously known as the “weed capital”, where the Dutch state reportedly earns €400 million from coffee shops in tax revenue. However, Amsterdam may experience a decline in cannabis tourism if legalisation of the substance is extended across the continent, with the novelty of coffee shops set to reduce if more countries open up to the cannabis industry.

With the industry expected to grow considerably, job creation and growth will see an uplift with many new employment opportunities. With the current laws in place, it is estimated that from 2018–2025, jobs in the legal cannabis industry would have increased by almost half a million. However, if cannabis is legalised at a federal level, it is estimated that there will be just over 1.4 million more jobs in 2025.

In anticipation of the expanded decriminalisation of cannabis across the globe, many notable public figures have already invested in cannabis delivery distributors. Former Starbucks CEO Howard Schultz, NBA star Kevin Durant and DoorDash co-founder Stanley Tang have all invested into Dutchie, a cannabis ecommerce platform which raised over $200 million in a funding round that valued the organisation at $1.2 billion in 2021.

Since 2018, it is estimated that over $2.5 billion has been invested into cannabis startups. With the industry being so new, this figure is likely to rise when laws regarding the decriminalisation of cannabis are changed.

Cannabis in the UK

In 2020, it was estimated that over 29% of the UK population had tried or were regular users of cannabis. With such a large proportion of the population having exposure to the currently illegal substance, there has constantly been demonstrations and calls for its decriminalisation across the nation.

Medical use of cannabis 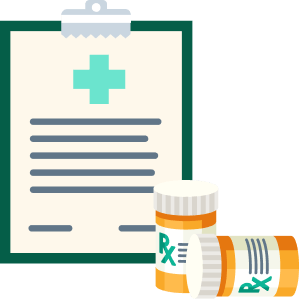 Cannabis was legalised in the UK for medicinal use in 2018, with supposed benefits ranging from the relief of chronic pain to slowing the development of degenerative diseases such as Alzheimer’s. Cannabis oil has also been shown to help address mental health illnesses such as depression and manage post-traumatic stress (PTSD).

It is estimated that by 2024, annual medical cannabis revenue will reach over $1.2 billion (the current annual revenue stands at at $87,000) in the UK. With cannabis being seen as a treatment for many types of illnesses, there is likely to be an increase in organisations seeing the cost benefit of cannabis production and distribution.

The CBD boom in the UK

The consumer cannabidiol (CBD) market is projected to generate £690 million in sales by the end of 2021. Such a high figure places the UK as the largest retail CBD market in Europe through big drives in consumer demand. Skincare products with CBD as an ingredient are becoming increasingly popular, with brands such as the Body Shop, Kiehls and many others adding CBD product ranges to their product market to meet the growing trend of cannabis-infused skincare.