The original digital music store was one of the biggest and most successful of them all. 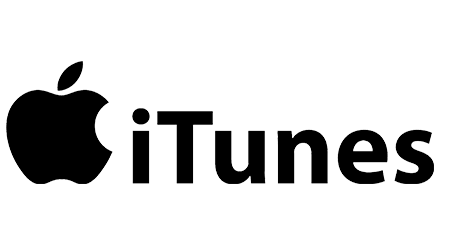 iTunes is no longer available

In June 2019, Apple revealed it would be shuttering the iTunes store in favor of Apple Music, Apple Podcasts, Apple Books and Apple TV. When you switch to the new apps, all of your existing purchases will come with you and the fcounctionality you’ve come to expect from iTunes will still be there – albeit spread across several apps.

This review was written when iTunes was still available, and the information is now out of date.

For more information on how you can stream songs and listen to your downloads, read our review of Apple Music.

What is Apple Music and how does it work with my iTunes library?

Apple Music lets you stream any song from its vast library to your smartphone or PC over the internet, regardless of whether you’re at home or on-the-go.

What features does the iTunes Music Store offer?

The iTunes Music Store offers a wide variety of features.

Heard a great song lately but can’t remember its name? Song previews on the iTunes Music Store let you listen to a short snippet of a song before you buy it, helping you hunt down that track that refuses to get out of your head. They’re also handy when you’re browsing for new music, giving you a taste of what to expect before you part with your cash. Most previews last for 90 seconds but shorter songs and new-release tracks are occasionally limited to 30-second previews.

If you’re not ready to pull the trigger on a new song or album just yet, you can add it to your iTunes Wish List so you don’t forget it. Or if you’ve got a birthday coming up, you can send your wishlist to family and friends to make sure they get you what you really want instead of yet another value pack of white socks.

When the iTunes Music Store launched, part of Apple’s bid to win over the big record labels involved the use of digital rights management (DRM) technology. DRM is like a lock for digital content, preventing it from working when accessed on non-authorized devices. Ostensibly, DRM exists to protect copyrighted content from being copied without permission. Apple’s DRM technology, dubbed FairPlay, restricted music purchased from the iTunes Music Store to only play on Apple devices, and even then on only a limited number of them.

Unsurprisingly, this approach rubbed a lot of people the wrong way, prompting Apple to renegotiate with major record labels and eventually offer DRM-free versions of every track in the entire iTunes library. It achieved this in 2009, and all music purchased on the iTunes Music Store can now be downloaded and played without restriction on as many different devices as you please.

Ever bought a killer single and decided to pick up the whole album? Normally you end up paying for the same song twice, but with iTunes’ Complete My Album feature, you receive an automatic discount on full album purchases equal to the cost of the tracks you’ve already bought. It’s a nice way of rewarding customer loyalty, though it’s worth mentioning that certain songs such as promotional tracks and those you received as gifts don’t count toward the Complete My Album feature.

The iTunes Music Store provides numerous ways to discover new music, from top-100 charts of the best-selling songs and albums to trending search results that show you what artists other people are currently obsessed with. Even better, the iTunes Music Store will recommend new music to you based on your previous purchases, tailoring the recommendations to your particular musical tastes.

The iTunes Music Store lets you download your purchased music to as many of your authorized devices as you wish. Buy a song on your computer and you can download it on your iPhone, your iPod and your iPad and listen to it no matter what device you have handy.

The iTunes Music Store also remembers every purchase you’ve ever made and lets you re-download them as often as you like, so you won’t have to worry about hunting through attics and wardrobes to find that one album you bought years and years ago.

Families can share CDs and DVDs, so why shouldn’t they be able to share digital music, too? That’s the logic behind Apple’s Family Sharing feature, which lets you and up to five other iTunes users join a Family Group and share your iTunes libraries with each other. This includes all the music, movies, TV shows and apps you’ve ever purchased, as well as those you purchase in the future.

The catch is that all future purchases made by any member of the group are charged to the account of the person who created the Family Group, so bear that in mind if you plan on Family Sharing with your kids. If you don’t want other members buying up songs on your account willy-nilly, you can turn on Ask to Buy which gives you the final say on any purchase made within the Family Group.

What music is available on the iTunes Music Store?

Over 43 million songs are available to purchase, including tracks from popular artists like Kesha and Lady Gaga, unforgettable classics, and the freshest underground sounds from names you’ve never heard of before. The library is constantly growing, too, with new tracks added every single week.

As impressive as the iTunes Music Store’s library is, it’s not without its limitations. Some songs can only be purchased as part of an album rather than individually. This is often the case for movie soundtracks. In contrast, certain albums are only available as partial purchases, with one or more tracks from their physical CD version missing, typically due to licensing issues.

What devices are compatible with iTunes?

You can have a maximum of 10 devices associated with your account at a time, and no more than five of them can be computers. If you hit the 10-device limit, you can deauthorize individual devices to make room for new ones. After you deauthorize a device, you may need to wait up to 90 days before you can associate it with another iTunes account.

How much does music cost on the iTunes Music Store?

Prices vary based on the song or album being purchased. All prices are clearly displayed in the store before purchase.

Michael Bowley
Publisher
Through the iTunes Music Store, I was able to build a formidable digital music library that made use of Apple’s interface for music collection.

The now deprecated store has made way for Apple Music, which allowed for the migration of all previously purchased music to be listened to as well as made millions of songs available for streaming for a small monthly fee. Apple Music is a no-brainer for anyone looking for the high quality of the iTunes Music Store in a smaller streaming package.

iTunes was a major player in the music world for a long time, but its run is over. Consider switching to Apple Music or compare other streaming services to find one that’s the right fit.

Dawn Daniels is a publisher with Finder, based out of Oregon. Her background includes editing more than 40 published books, including Financial Fitness: 21 Easy Exercises to Get Your Personal Finances in Shape Fast by Dr. Vi Scott. In her spare time, Dawn enjoys hiking ridiculous distances and collapsing in exhaustion.