Packing your bags for a holiday to Germany? Here’s all you need to know to get your travel money in order before you leave.

From the poster child of über-cool; Berlin, to quaint and traditional rural towns, Germany is as surprising as it is delightful. In order to get the most out of your German getaway, familiarise yourself with their currency customs and start comparing you travel money options today.

Unlike the UK, cash is king in Germany — research has found that even today, cash accounts for 80% of all transactions, necessary in many smaller shops and restaurants. However, you’ll still need access to cards to withdraw cash and pay for larger purchases. Use the guide below to learn the ins and outs of German finances and to hand pick the cards that’ll work best for your holiday.

Jump to a section in this article

Which option is right for your next trip? 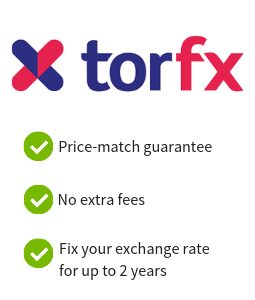 How much money do I need to bring to Germany?

Germany is a western European country so don’t expect prices to be rock-bottom. It can be, however surprisingly affordable, especially in Berlin which is by far one of the best-value cities in Western Europe. There are of course options for everyone, but if you’re looking for luxury be prepared to for relatively high prices. If you’re looking to save money we recommend eating at local street vendors or choosing cheaper Turkish and Middle Eastern restaurants. Check out our rough budget guide for Berlin below.

Visa and Mastercard are widely accepted in Germany. American Express and Diners Club credit cards are accepted in far fewer locations. While Germany ranks highly in Europe for the acceptance of new technology like contactless and mobile payments, it’s still a cash economy. Some businesses may not accept cards for purchases below a certain amount, for example €20, and most supermarkets (even Aldi) won’t take credit cards at all. While it’s important to find a card that’ll let you make over the counter purchases cheaply, finding a card which lets you use ATMs without the ridiculous charges is most crucial for your trip to Germany. Whichever option you choose make sure you notify your bank before heading to Germany to ensure your card isn’t blocked.

A quick summary of your travel money options in Germany

Prepaid travel cards let you load British pounds and lock in a rate when you convert the funds to euros. This allows you to avoid paying additional currency conversion fees which are often around 3%. However, these cards have other charges such as reload fees, card issue fees and inactivity fees (when you’re not using the card). You’ll also be provided a spare card encase one of them goes missing. These cards can be cancelled separately to one and other.

The Citibank Plus Transaction Account is the product to use if you’re conscious about saving money on international transactions. If you’re bank is part of the Global ATM Alliance group, such as Barclays you can withdraw money from any Deutsche Bank without paying the withdrawal fee.

Credit cards are far less accepted in Germany than in the UK. Even some major supermarkets such as Aldi don’t accept them. Although you should be fine to use them in many more up market restaurants and hotels. If in doubt about credit card acceptance, shop windows will have little Visa and Mastercard stickers, and you can always ask too, many people in Germany have an understanding of English or have a go with this one: ‘Akzeptieren Sie Kreditkarten?’

A credit card provides a line of credit suited for both regular and emergency use. If you don’t use your card, you won’t pay for it (besides the annual fee). Plus, if your card has an interest free days offer, purchases won’t accrue interest if you pay back everything at the end of the month.

Paying with cash in Germany (Euro)

Cash is key in Germany and will be necessary for most of your smaller purchase. It suggested that the history of hyperinflation in Germany following both World Wars has influenced German’s preference to use cash. Regardless of the reason, you will need cash to pay for many of your transactions on your trip. The best way to get euros is to make an ATM withdrawal when you arrive in Germany using a card which doesn’t charge an international ATM fee. Familiarise yourself with the various Euro denominations to save hassle when you’re there. ATM’s are plentiful all over Germany. Independent ATM operators will charge a fee, but Germany’s major banks will not. Stick to ATM’s attached to the side of a bank to be sure. If you put an British issued credit, debit or travel card into a German ATM, the screen will automatically come up in English, nine times out of 10. If not, you will be prompted to ‘pick your language’ making ATM use easy for non-German speakers. Make sure you chose to be charged for your withdrawals in Euro’s as otherwise you’ll pay forced to pay the unfavourable Dynamic Currency Conversion (DCC) exchange rate.

Where to exchange cash

There are a number of places you can change cash: Banks and exchange offices can change cash in Germany. Some exchange offices (Wechselstuben) can offer a good rate, but always check what’s on offer against the market rate before you agree to a deal to get an idea of how many euros you should receive. Sometimes it might be better to withdraw money from an ATM.

Finding cash and ATMs in Germany

It is possible to find a card that ticks all the boxes in Germany? No currency conversion fee, international ATM fee and no annual fee. That’s unlikely. Remember German Bank ATMs don’t charge a fee either. Even if you can get by using the one card for all your transactions, never put all your eggs in one basket. A combination of travel debit or travel prepaid cards and credit cards will ensure you can make cheap transactions in euros all the while giving you access to an emergency line of credit and travel perks like insurance.

Why pay fees and charges on holiday if they can be easily avoided. A little homework before you leave can mean the difference between smooth sailing and rough seas. If you have any questions or comments that will help you or other readers clarify the best way to take and spend money in Germany, please leave them below.

Caroline went to Germany on her trip to Europe. She visited Berlin and then travelled South to Munich for Oktoberfest. She visited a number of other countries including France, Belgium, Netherlands and the Czech Republic.

What cards did you take?

Caroline applied for the Citibank Plus Transaction Account as her dedicated travel card so she could use the Visa Debit Card in Germany. The Citibank Plus account does not charge a fee for converting your pounds to euros. Citibank gave her free international ATM withdrawals and the account cost nothing to open and keep. Although she took her credit card with her to Germany, she avoided using them as much as possible as they both charged 3% for spending in euros and her Citibank Visa Debit Card does not.

She says the beer tents at Oktoberfest were cash only, and there was no entry fee to get into any of the tents. Outside the festival, Caroline says she could use her card in more places back home than she could in Germany. She notes supermarkets don’t take credit cards (with the exception of FAMILA which take Visa and Mastercard). Many restaurants, cafes, markets and street vendors and taxis are cash only too. She used her card to book her travel tickets (including train tickets throughout Germany), car rental and to pay for her hotel.

Card acceptance wasn’t such an issue because Caroline made frequent ATM withdrawals and used cash. She didn’t pay any ATM fees when she used her Citibank Plus Visa Debit Card to get euros. She always had enough cash in her wallet to cover whatever expenses she had for the day (and euros for the unexpected too). At the beer festival, there are a few ATMs in some tents; however, Caroline says you’ll pay a fee to use these ATMs. She says make a withdrawal in Munich at a bank Geld Automatic so you have enough cash to last you for the whole day.

What is your travel money recommendation for Germany?

Make ATM withdrawals for peace of mind. Caroline says German bank ATMs don’t charge fees and she didn’t pay international ATM fees as well as currency conversion fees. She was able to withdraw euros for no cost and at a great rate set by Visa (plus a tiny margin from the bank which provides the ATM).

What are your travel money tips?

Caroline says tipping is generally appreciated and polite in Germany, but isn’t expected. If you’re at a bar, in a taxi or at a restaurant, a tip between 5% – 10% is good form but you don’t need to tip unless you really want to. It’s also good practice to round up to the nearest euro if the bill is under €10. She also says to remember not to leave change on the table if you want to tip, it’s considered rude in Germany and other parts of Europe, give the tip to the person directly.