Learn how to easily invest in Fifth Third Bancorp stock.

How to buy shares in Fifth Third Bancorp

Use our graph to track the performance of FITB stocks over time.

Is it a good time to buy Fifth Third Bancorp stock?

Is Fifth Third Bancorp under- or over-valued?

Valuing Fifth Third Bancorp stock is incredibly difficult, and any metric has to be viewed as part of a bigger picture of Fifth Third Bancorp's overall performance. However, analysts commonly use some key metrics to help gauge the value of a stock.

The PEG ratio provides a broader view than just the P/E ratio, as it gives more insight into Fifth Third Bancorp's future profitability. By accounting for growth, it could also help you if you're comparing the share prices of multiple high-growth companies.

There are a few different ways that this level of interest in shorting Fifth Third Bancorp shares can be evaluated.

Such a low SIR usually points to an optimistic outlook for the share price, with fewer people currently willing to bet against Fifth Third Bancorp.

Find out more about how you can short Fifth Third Bancorp stock.

Environmental, social and governance (known as ESG) criteria are a set of three factors used to measure the sustainability and social impact of companies like Fifth Third Bancorp.

Socially conscious investors use ESG scores to screen how an investment aligns with their worldview, and Fifth Third Bancorp's overall score of 24 (as at 12/31/2018) is nothing to write home about – landing it in it in the 43rd percentile of companies rated in the same sector.

ESG scores are increasingly used to estimate the level of risk a company like Fifth Third Bancorp is exposed to within the areas of "environmental" (carbon footprint, resource use etc.), "social" (health and safety, human rights etc.), and "governance" (anti-corruption, tax transparency etc.).

Fifth Third Bancorp's social score of 12.73 puts it squarely in the 1st percentile of companies rated in the same sector. This could suggest that Fifth Third Bancorp is a leader in its sector when it comes to taking good care of its workforce and the communities it impacts.

Fifth Third Bancorp's governance score puts it squarely in the 1st percentile of companies rated in the same sector. That could suggest that Fifth Third Bancorp is a leader in its sector when it comes to responsible management and strategy, and exposed to a lower level of risk.

Recently Fifth Third Bancorp has paid out, on average, around 30.39% of net profits as dividends. That has enabled analysts to estimate a "forward annual dividend yield" of 2.97% of the current stock value. This means that over a year, based on recent payouts (which are sadly no guarantee of future payouts), Fifth Third Bancorp shareholders could enjoy a 2.97% return on their shares, in the form of dividend payments. In Fifth Third Bancorp's case, that would currently equate to about $1.08 per share.

Fifth Third Bancorp's most recent dividend payout was on 14 July 2021. The latest dividend was paid out to all shareholders who bought their shares by 28 September 2021 (the "ex-dividend date").

Beta is a measure of a share's volatility in relation to the market. The market (NASDAQ average) beta is 1, while Fifth Third Bancorp's is 1.577. This would suggest that Fifth Third Bancorp's shares are more volatile than the average for this exchange and represent, relatively-speaking, a higher risk (but potentially also market-beating returns).

Fifth Third Bancorp is a diversified financial services company headquartered in Cincinnati, Ohio, and the indirect parent company of Fifth Third Bank, National Association, a federally chartered institution. As of March 31, 2021, the Company had $207 billion in assets and operates 1,098 full-service Banking Centers, and 2,383 Fifth Third branded ATMs in Ohio, Kentucky, Indiana, Michigan, Illinois, Florida, Tennessee, West Virginia, Georgia, North Carolina and South Carolina. In total, Fifth Third provides its customers with access to approximately 53,000 fee-free ATMs across the United States. Fifth Third operates four main businesses: Commercial Banking, Branch Banking, Consumer Lending, and Wealth & Asset Management. Fifth Third is among the largest money managers in the Midwest and, as of March 31, 2021, had $464 billion in assets under care, of which it managed $58 billion for individuals, corporations and not-for-profit organizations through its Trust and Registered Investment Advisory businesses. Investor information and press releases can be viewed at www. 53.

Fifth Third Bancorp in the news 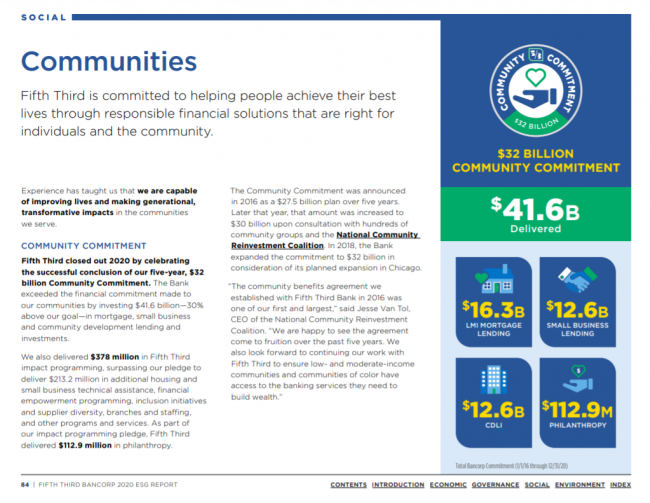 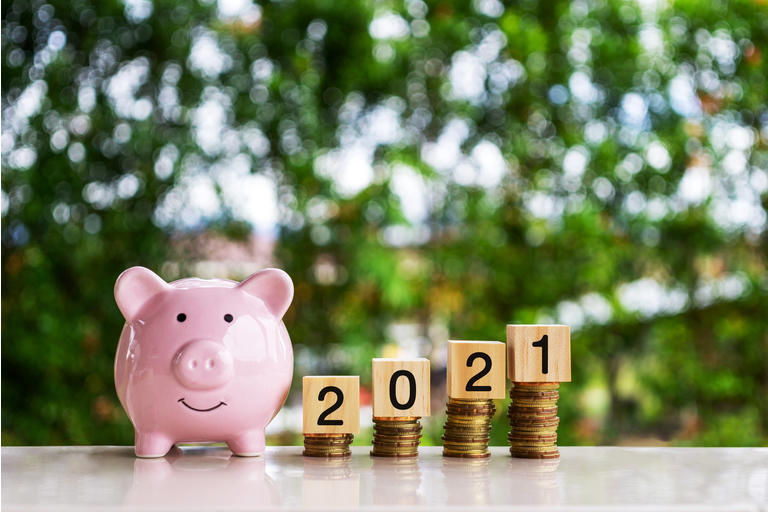