How to buy Ant Group stock in the US

This record-breaking IPO has been suspended.

Chinese fintech giant, Ant Group — formerly Ant Financial — operates Alipay, the world’s largest digital payments platform. As it attempts to go public in one of the world’s largest IPOs, here’s what US investors need to know about how they can buy in.

Wednesday, March 3: Ant Group’s executive chairman Eric Jing announced that the company is looking for ways to carry out its originally planned $37 billion initial public offering while complying with Chinese regulators who put the kibosh on the deal. Jing reportedly said that Ant Group is looking for a liquidity solution for employees to monetize shares after the IPOs cancellation.

Wednesday, January 20: Jack Ma, Ant Group’s co-founder, resurfaced in an online video, in which he praises China’s teachers. This is the first time Ma has been seen publicly since he criticized China’s regulatory system in October 2020. His physical whereabouts, however, have not been disclosed.

Tuesday, January 5: Ant Group’s co-founder, Jack Ma, has not reportedly not been seen in public since an October 2020 forum at which he was a speaker. Some sources have speculated that Ma has been missing since Chinese regulators summoned him and two Ant Group executives for an interview in November. Other sources suggest Ma has simply been lying low in the wake of this interview.

Monday, November 30: Due to regulatory changes in China, the Ant Group IPO might be delayed into 2022, Bloomberg reported.

Tuesday, November 3: The Shanghai Stock Exchange suspends Ant Group’s IPO, just days ahead of its November 5 release. Ant Group elects to hold off on its Hong Kong release until it can resolve its regulatory issues.

What we know about the Ant Financial IPO

Hangzhou-headquartered Ant Group planned to go public through a parallel listing on Hong Kong and Shanghai stock exchanges. This Alibaba affiliate intended to raise as much as $34.5 billion through its dual-listing. If successful, the listing would break world records for the largest IPO to date. It was the first time a listing of its size was priced outside New York City.

Ant Group planned to evenly split its offerings between the two exchanges, with up to 1.67 billion shares up for grabs on each exchange, accounting for 11% of total outstanding shares. The New York Times suggests Ant Group could be worth as much as $310 billion. This valuation puts it on par with JPMorgan Chase — not only the biggest bank in the US but one of the largest financial institutions in the world.

The projected price for Ant Group’s Shanghai stock is 68.8 yuan, or $10.26, while its Hong Kong stock is expected to launch at 80 Hong Kong dollars, or $10.32. Shares were expected to go live on their respective exchanges on November 5 but the listing has since been canceled.

In the days leading up to its release, institutional investors vying for a slice of Ant Group were bidding as high as 120 Hong Kong dollars, or $15.50, per share in gray-market trading. This constitutes a 50% premium on the listing price and served as an indication of how high the demand was for Ant Group shares.

On November 2, Jack Ma, Ant Group’s billionaire co-founder, was asked to attend a meeting with the China Securities Regulatory Commission and the State Administration of Foreign Exchange. While the exact details of the meeting remain under wraps, multiple reports suggest that the meeting was called to serve Ant Group a regulatory warning. Ma was informed that Ant Group would need to face greater scrutiny and restrictions on its capital — similar to those imposed on other financial institutions.

On November 3, the Shanghai Stock Exchange announced that it plans to suspend Ant Group’s IPO on its exchange, just days ahead of its November 5 release — a crippling blow for what was to be the world’s biggest IPO. Following its Shanghai suspension, Ant Group elected to hold off on its Hong Kong release until it could resolve its regulatory issues.

While it’s still not entirely clear why Ant Group’s Shanghai listing was suspended, The Wall Street Journal reported on Nov 12 that China’s President Xi Jinping was personally responsible for Ant Group’s IPO suspension — potentially in response to Jack Ma’s open criticism of the country’s slow and risk-averse banking industry just weeks prior. Analysts also suggest the regulatory move was a response to Ma’s push for Ant Group to be treated as a tech company instead of a financial institution.

To amend its listing, Ant Group needs to resolve its regulatory issues and meet listing conditions for information disclosure requirements.

Following the IPO’s suspension, Alibaba — which holds 33% of Ant Group — saw its Hong Kong and NYSE shares drop by 7% and 8% respectively.

Ant Group has apologized to investors and pledges to refund the money it has collected. Analysts believe the delay may slash Ant Group’s value by up to $140 billion.

Will Ant Group take another shot at a public listing? The company hasn’t made any official statements — yet. But reports suggest a new IPO prospectus must be drawn and submitted — a process that could delay the company’s dual-listing by at least six months.

How to invest in Ant Group from the US

Although Ant Group’s stock will only be available on Chinese exchanges, US investors can still buy shares. In fact, there are four ways American investors can invest in Ant Group.

Watch our short video in which we break down what we know so far about Ant Group’s upcoming IPO and how you may be able to buy shares from the US.

Most US brokerages only offer access to US stock exchanges, like the NYSE and NASDAQ. If you plan to buy Ant Group shares, you’ll need an international brokerage account that allows you to buy and sell shares on overseas markets.

Charles Schwab, Fidelity and Interactive Brokers are all equipped to handle international trade. But before you open an account, make sure you review your broker’s commissions, exchange rates and potential taxes. 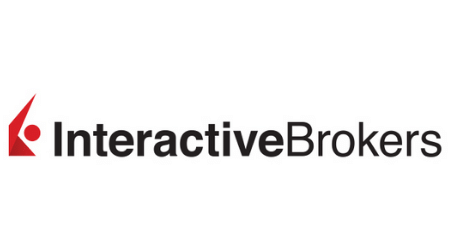 Interactive Brokers offers an impressive range of tools and low fees for active or professional investors.

Another option for investors who want to purchase Ant Group stocks is to back its parent company, Alibaba. While this is a less direct investment than purchasing Ant Group stocks outright, you won’t need an international brokerage account to invest — Alibaba trades on the New York Stock Exchange under the ticker symbol BABA.

Get more detailed information and learn how to buy BABA stock

You can also indirectly add Ant Group stocks to your portfolio by investing in exchange-traded funds (ETFs) that track the stock. Once the stock hits the market, keep an eye out for ETFs that add Ant shares to their overall holdings. By purchasing these ETFs, you’ll gain some exposure to Ant Group’s stock.

The following ETFs already invest heavily in Chinese stocks, so they may be worth watching once Ant shares go live:

You can buy ETFs or ADRs from a domestic brokerage account.

Finder's picks for buying N/A when it goes public

A final option for investors looking to tuck a slice of this Chinese fintech into their portfolio is to wait for the company’s American Depositary Receipt (ADR) to reach US markets. ADRs are certificates that represent shares of foreign stock and, like ETFs, they can be purchased from a domestic brokerage account.

Should Ant Group’s ADR be released to US investors, it may arrive as a Level 1, Level 2 or Level 3 ADR. Level 1 ADRs are the most risky, as they don’t require an SEC report and typically only trade on over-the-counter exchanges. Level 2 and 3 ADRs must file SEC reports, with only Level 3 ADRs being allowed to list on major US markets.

Ant Group is a subsidiary of Alibaba Group and was formed in 2014 to manage Alipay — a digital payments platform with over 711 million active users.

Ant reports that its payment app, Alipay, processed 118 trillion yuan — $17 trillion — in transactions for the 12 months ended in June 2020.

How are similar companies performing?

While no guarantee of performance, here’s how some of Ant Group’s competitors have fared: Select a company to learn more about what they do and how their stock performs, including market capitalization, the price-to-earnings (P/E) ratio, price/earnings-to-growth (PEG) ratio and dividend yield. While this list includes a selection of the most well-known and popular stocks, it doesn't include every stock available.

Disclaimer: The value of any investment can go up or down depending on news, trends and market conditions. We are not investment advisers, so do your own due diligence to understand the risks before you invest.
Was this content helpful to you?
Thank you for your feedback!

Shannon Terrell is an editor for Finder who has written over 400 personal finance guides. With a focus on investments and personal finance, she breaks down jargon-laden topics to help others make informed financial decisions. She studied communications and English literature at the University of Toronto.