Both coins are very similar, but it's the differences that count.

What is cryptocurrency?
Best crypto exchanges
Best crypto wallet
How to trade crypto
What is DeFi?
NFTs explained

Bitcoin Cash (BCH) is the result of a bitcoin fork. It is extremely similar in many ways to bitcoin (BTC), but Bitcoin Cash has a few technical differences that make a big impact.

What does block size mean?

Blockchain transactions, such as those done with bitcoin and Bitcoin Cash, are conducted on the blockchain.

You can think of each block as a vehicle that carries transactions to their destination. A transaction is concluded once a block arrives and parks itself in the chain.

A larger block size is good news in that it helps process transactions a lot faster, but it also means a full node takes up a lot more data storage space.

A full node is required to mine on the blockchain. It includes a copy of the entire transaction history for the whole blockchain. So as you can imagine, a larger block size comes with higher hardware and data storage costs.

One of the main arguments against a larger block size is that it leads to increased centralization of a coin, and that the higher hardware costs mean only large mining groups will be able to profitably work on the blockchain.

It can help to visualize what a larger block size looks like. Here are two snapshots of a few hours in the mempools of bitcoin and Bitcoin Cash. The mempool is where pending transactions are stored while they wait for a miner to hook them up to a block and make the transaction happen.

Specifically, these are what the two mempools were doing between about 4-8 p.m. Eastern time on December 20, 2017. 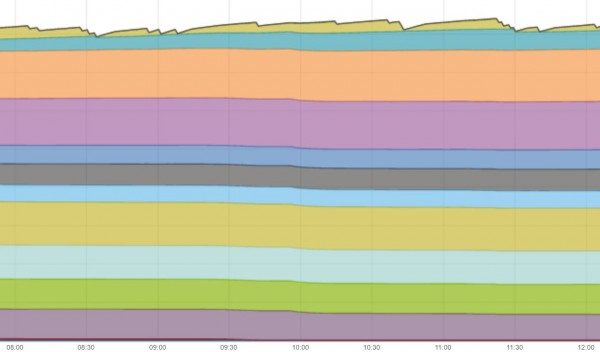 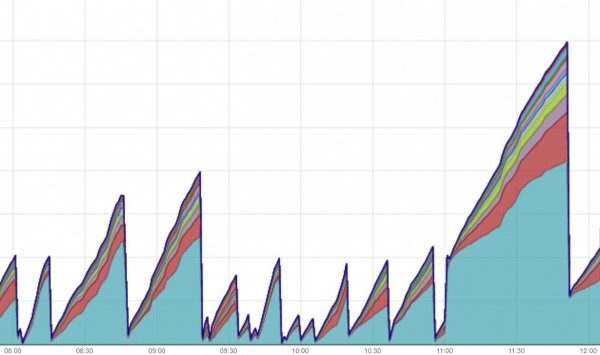 What am I looking at?

This is particularly important when there are “larger” transactions going through.

Mining difficulty refers to how quickly a block can be discovered and attached to the blockchain. To solve a block, the miner needs to spend processing power on solving a complex math problem.

By making the problem easier, blocks can be mined faster. By making it harder, blocks are mined slower.

On the bitcoin and Bitcoin Cash blockchains, fast and easy blocks are good for transaction times, but not necessarily good for the currency in the long run.

This is because miners are rewarded with newly minted coins for solving these problems and finding new blocks. If it’s too easy, the currency faces escalating inflation rates and gets devalued.

Both BTC and BCH will get considerably more difficult to mine as they get closer to their 21 million coin limit.

An easier mining algorithm was deemed to be necessary for BCH to keep a competitive edge against the more-valuable bitcoin and to attract the miners needed to run the network.

Soon this had the unintended side effect of miners dipping in and out of BCH based on whether it was profitable at the time, leading to extremely unpredictable block times. Sometimes blocks would be hours apart (for very slow transactions), and sometimes they would come along within a few seconds of each other (for very fast transactions, but rapid inflation).

In response, BCH introduced a dynamic mining algorithm that would get easier or more difficult as needed. This helped introduce some more consistency to the BCH blockchain and keep more miners working on it.

Each is good at a different thing.

What are the advantages of bitcoin?

The high fees and slow transaction times of the original bitcoin are a deliberate but somewhat unfortunate design choice.

It’s intended to keep the coin rare, challenging and valuable. The bitcoin community and developers are banking on bitcoin being a “store of value” for cryptocurrency as a whole, just like gold underpins the US dollar and other fiat currencies. No one actually uses gold as a currency, but it still offers liquidity and value.

The idea is that bitcoin could be digital gold.

Read our simple guide to bitcoin to find out more.

What are the advantages of Bitcoin Cash?

Bitcoin Cash was deliberately split away from bitcoin by a team that thought high fees and slow transactions would eventually destroy bitcoin. It was deliberately designed to essentially be bitcoin, except easy to send, receive and transact with.

Hence the “cash” part of its name. It was designed to be the spending money next to bitcoin’s gold.

Get to know Bitcoin Cash better with this easy-to-understand overview.

Where can I buy bitcoin and Bitcoin Cash?

No one can say for sure, but you’ll find a lot of strong opinions in both directions. However, bitcoin’s transaction functionality seems to be the main issue.

For example, the first major Bitcoin Cash growth spurt came at the start of November 2017, following the news that the bitcoin B2X hard fork was cancelled. This hard fork was intended to solve some of bitcoin’s transaction problems. When it was called off, people argued that the growth came from users trading their BTC for BCH.

The second major growth spurt came around the end of December 2017 when the bitcoin mempool had been clogged up (as above) for the better part of a month and there was growing dissatisfaction with bitcoin’s yet-to-be-released Lightning Network.

You will need to decide whether bitcoin’s transaction functionality will continue to affect Bitcoin Cash’s growth as well as consider what will happen if bitcoin ever solves these problems.

Who funds and develops Bitcoin Cash?

Much like most other cryptocurrencies, Bitcoin Cash is an entirely open-source project that’s being worked on by several different teams of developers.

When was Bitcoin Cash created?

Bitcoin Cash was forked off from bitcoin on August 1, 2017.

Bitcoin Cash was quickly adopted around the world but saw especially widespread use in China and South Korea, which helped buoy its prices to compete with bitcoin initially. 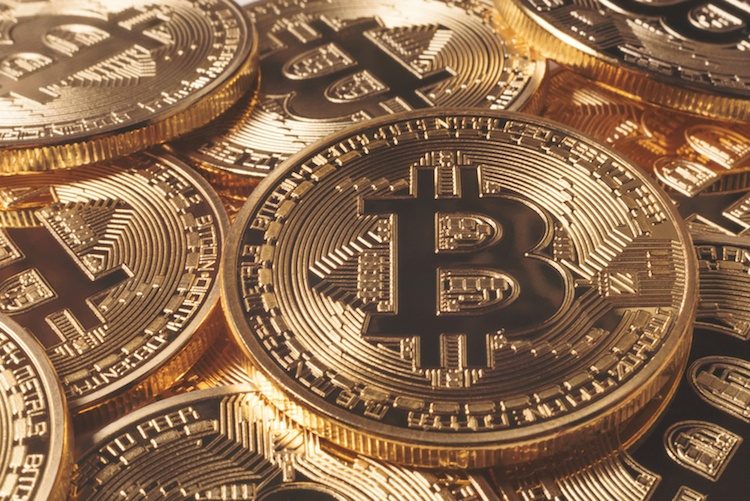 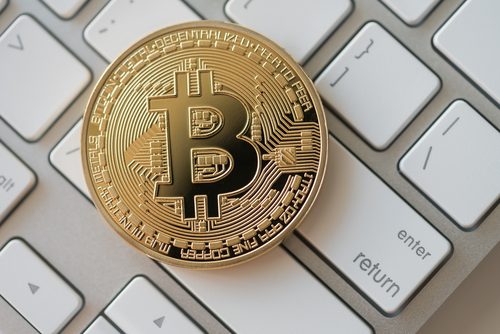 A complete guide to bitcoin forks Bitcoin vs Ethereum