If you're a student looking for your first bank account, you may have heard of challenger banks. Here's what they can offer to improve your stressful student life. 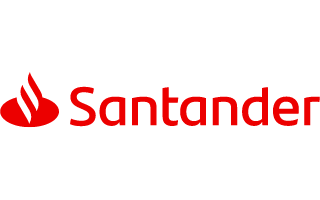 Revolut, Monzo, Starling… they’ve been around for a while and loads of young people are opening accounts with them.

Should you do the same? What’s so special about them? Our guide looks at how digital banks can boost your uni life.

Why should students choose digital banking?

Challengers are banks or banking apps that were born with the aim of “challenging” the big, traditional banks, such as Lloyds and Barclays, by offering better deals, bureaucracy-free accounts and better online banking services.

Challenger banks don’t usually offer dedicated student accounts, but their basic current account options come with a series of features that make quite a lot of sense for the typical student who doesn’t know much about banking and whose monthly budget is a bit stretched.

In general, young people seem to like digital banking. A lot, actually.

There’s a bunch of different reasons behind it, but mostly:

These three terms are often used as synonyms and usually refer to the same group of companies. However, there are some distinctions to make:

You can read more about what challenger banks are in our dedicated guide.

What do you get if you open an account with a challenger bank?

As we said, at the very least you should get a free account, a widely accepted card and a slick mobile app.

That’s all very nice and techy, but you’ll be wondering about the concrete rewards and advantages you can obtain with challenger banks. Traditional banks are sometimes better at treating customers with deals and discounts, but apart from easier and cheaper basic banking services, challenger banks also have some extra advantages, such as:

Opening a bank account as an international student in the UK

Many traditional banks only allow you to apply for a student account if you have at least three years of address history in the UK, so if you’re an international student, you’re locked out.

In that case, becoming the customer of a challenger bank can be a nice and tidy solution: you need to be a UK resident but you usually don’t need a proof of address to apply and you can also use your card abroad without any extra fee, which is handy if you’re planning to spend some time back home during the holidays.

If you only look at perks and rewards, in some cases traditional banks beat challenger banks. With traditional banks, you can get discounts on cinema tickets and retailers, cashback options and railcards that make your train trips cheaper. It’s difficult for challengers to match that kind of offer.

Pros and cons of challenger banks for students