Does the sender or the receiver decide which money transfer service to use?

62% select options that best suit themselves over the recipient when sending from the US.

The international money transfer industry is growing more popular every day. To uncover the main reasons those in the US are transferring money overseas, we commissioned a survey of 2,245 adults in July 2017, conducted by global marketing and research company Pureprofile.

Our survey revealed that of those who transfer money overseas, the majority (62%) choose options that best suit themselves, rather than the person they’re sending money to. Decisions could be the result of considering the cheapest option, a platform that’s easy to use or the most convenient. The remaining 38% of people who transfer money overseas choose a provider that’s best for the person they’re sending money to — for instance, because a provider offers cash pickups, direct bank account transfers or faster delivery. 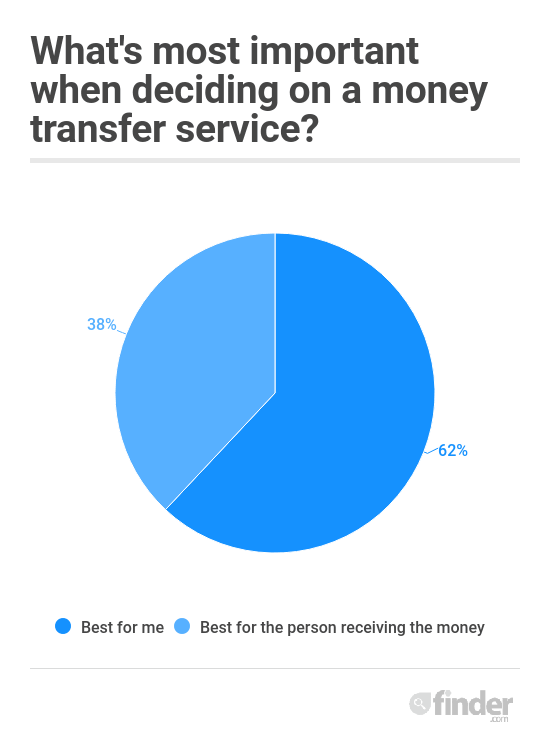 Our survey found that men are more likely than women to look out for themselves when transferring money overseas: 40% of women make transfers that are convenient for the receiver versus 35% of men. Generation X (those ages 35 to 54) are more likely to look out for themselves over the person receiving their money (65%), compared with 62% of millennials (ages 18 to 34) and 53% of baby boomers (ages 55 and older). 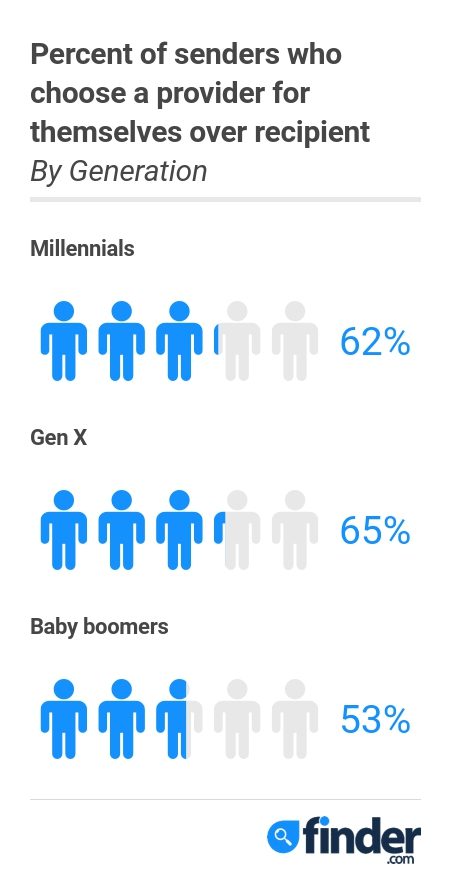 Those who are separated are more likely to choose a money transfer provider that best suits them, while widowers are the most selfless, choosing what’s best for their receiver. In terms of income, regardless of how much people earn, most still prefer to look out for themselves over the one who receives their funds. As for those who earn little to no income, they’re even less motivated to consider their recipient.

Why do people send money overseas?

People most commonly transfer money overseas to support family. This is followed by sending money as a gift, for a vacation, for an emergency, for business, to transfer funds to their own foreign accounts, to pay for their wedding and finally for shopping online. Other reasons Americans transfer money overseas include for charity, for a lover or for a friend.

Of those who are married or in a domestic relationship, 63% send money overseas for family support — 12 percentage points more than those who are single.

A full 40% of respondents who are separated say that a gift is their reason for sending a money transfer, and this group comprises the largest number (20%) of those citing business as a reason for sending funds. When it comes to emergencies, 50% of those who are widowed are sending money overseas due to unplanned urgent needs.

In terms of supporting families, higher-income earners are more likely to do so than those earning less — with 31% of those with no income financially supporting their families — while double the proportion of people (62%) who earn between $75,000 and $100,000 send money home to their families.

How often do people shop around before making international payments? We looked at a survey we conducted in November 2016 with 2,005 US participants to find out. Of those that sent money transfers, 42% always compare money transfers before sending. An additional 32% often compare, and the remaining 26% said they always use their bank or the same provider every time.

When broken down by gender, men (18%) are more likely than women (12%) to compare every time. Some senders compare online using a money transfer comparison tool like the one offered at finder.com, while others visit individual sites or even physical locations to make their decisions.

What do people care about, whether they’re the sender or recipient? Olivia Chow, finder.com’s consumer trends expert, explains, “People often assume price is the only metric. But convenience and trust in the provider are just as important — sometimes more — when choosing a money transfer provider.”

To provide insight into the most popular reason people make cross-border payments, she reports on some of the key factors given by immigrant New York City Uber and taxi drivers when choosing a money transfer service for family support.

Case study #1: Hours of operation at the receiving end

Stephenson and his mother came to the U.S. 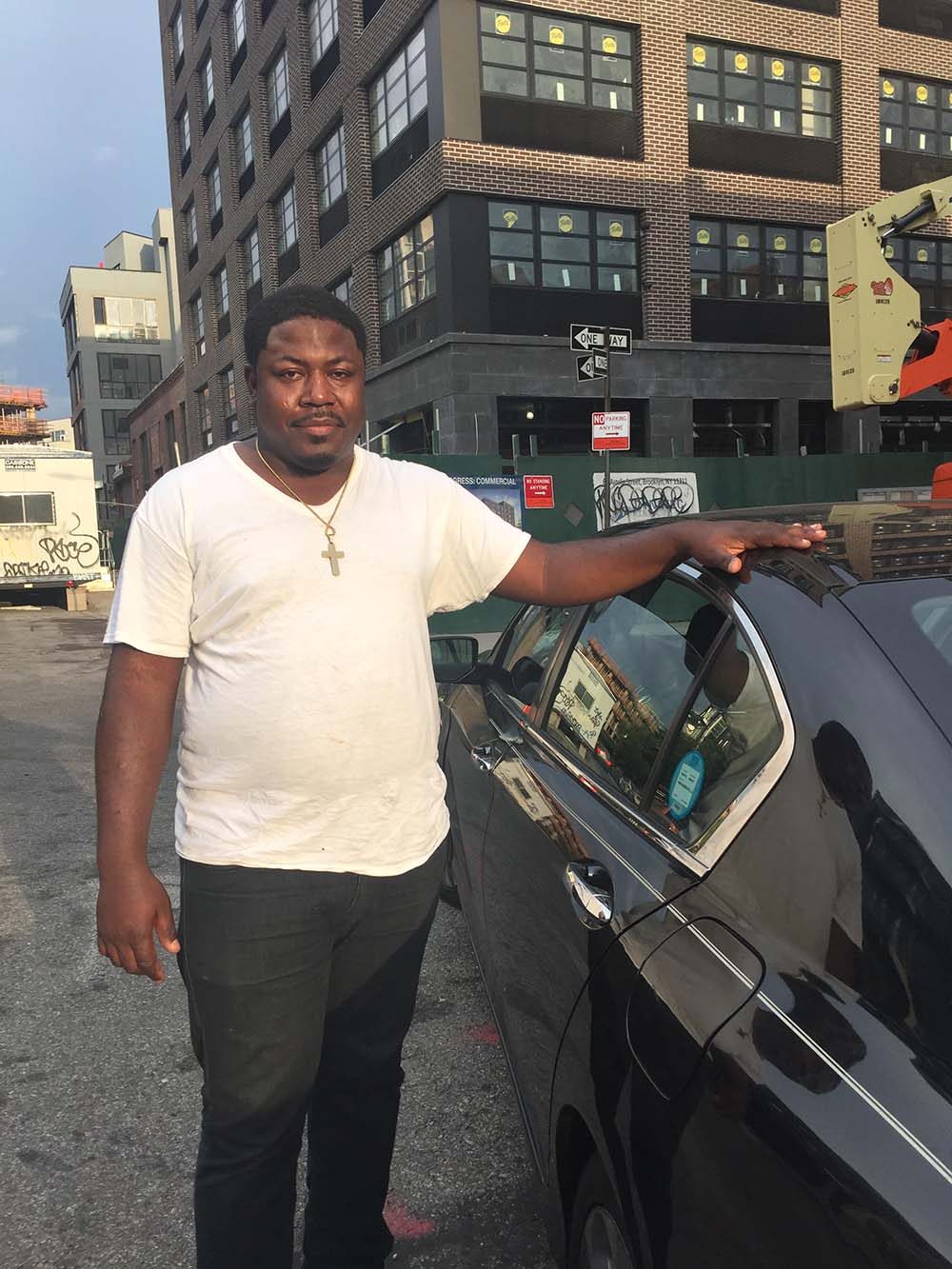 from Haiti to leave behind the politics. Today, he sends money to his cousin, brother, and other family members. When asked which provider he uses, Stephenson says, “It depends when they are open for my family to go pick up the money.”

He uses MoneyGram when transferring funds to his cousin and Western Union for his brother. Stephenson prioritizes the convenience of those in Haiti who are picking it up, which makes the retailer’s hours of operation and their address the determining factors.

Javet was the first of his family to emigrate from Indonesia 18 years ago. Most of his family have joined him since, but one sister remains in his motherland. His sister receives funds four times a year, but he doesn’t transfer funds directly to her. Rather, he transfers money to his brother in Ohio, who takes care of pooling resources and initiating the transfer altogether. To do so, his brother goes to Walmart, which has a partnership with MoneyGram. “Going to Walmart is just easier if something goes wrong,” he explains.

Hassan is from Mali. He has a wife and three children in the U.S. but also three families back home. There, $300 a month allows them to live like royalty, he says. He used to send money through Western Union, but a family member began doing business sending goods between the U.S. and Mali. To avoid the fees, they’ve turned to the informal remittance sector: They now just package the cash with the exports, finding it cheaper and more reliable.

Chow concludes, “Whether or not the preferences of the sender outweighs the recipient’s, successfully getting the funds across borders tends to be a joint effort.”

Winter is here. And so is piracy. Sending a money transfer: What information is required?