Consider your budget and monthly payments before you decide.

Lenders often offer fixed and variable interest rates on private student loans and refinancing. Simply put, fixed rates stay the same, while variable rates can increase or decrease over time. Fixed rates are generally more reliable. But variable rates can spell extra savings if market rates are low — which is usually the case during an economic downturn. 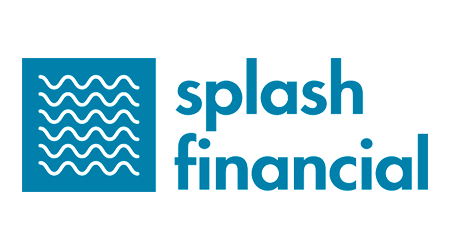 Find out more Get started

What do you want to learn about first?

Fixed vs. variable rates at a glance

Fixed-rate student loans are relatively straightforward: When you apply for your loan, you qualify for one interest rate that stays the same throughout the life of your loan. You make the same fixed repayments each month and can easily calculate how much you’ll pay in interest over time.

Generally, variable rates are higher when the economy is strong and lower during a downturn. And most lenders cap their variable rates at around 18% to protect borrowers from ultra-high benchmark rates.

Let’s take a look at an example …

Say you’re looking at a private student loan that advertises variable rates ranging from 1.3% to 10.88%. That rate is actually made up of a margin rate, which ranges from 1.12% to 10.70%, which the lender adds to the One-Month LIBOR rate.

Which type of interest rates do different student loans come with?

Your choice of interest rates will depend on your specific loan — federal student loans, private student loans or refinancing your current student debt. Here’s what you might see with the typical loan options.

Federal student loans come with fixed interest rates only, so you don’t have to worry about choosing when you’re filling out the FAFSA. Variable rates on private student loans can sometimes be lower than federal rates, but they don’t always stay low.

Federal rates are the same for everyone and Congress sets them each year. Generally, federal loans are the safest, least expensive type of student debt you can take on.

Private student loans typically come with a choice of fixed or variable interest rates, though some loans offer one option only. Fixed rates are generally higher than what you’d get with federal student loans, though variable rates can sometimes offer a better deal if the WSJ Prime or LIBOR rates are low.

The main difference between private and federal interest rates is that private lenders look at your — or your cosigner’s — personal finances to determine your rate. Typically, you’ll need a credit score over 760 and a debt-to-income ratio under 20% to qualify for the lowest private rate.

However, refinancing rates are typically lower than private student loan rates. If you have a credit score over 760, a six-figure job and few other debts, you might even be able to qualify for a lower rate than you have on a federal loan before the economic downturn. And if you’re in a high-paying profession like medicine or law, you might be able to qualify for additional deals.

Which type of rate should I choose?

Which rate is right for you depends on your preferences — and the state of the economy.

Variable rates are generally riskier than fixed rates and certainly aren’t for everyone. But you might pay less in overall interest if you play your cards right: Stick to a shorter term, and pay attention to what the experts say about the interest rate market.

For even more details to the ins and outs of federal loans, private loans, refinancing and more – read our comprehensive guide to student loans.