Earned wage access, get paid as you go, employee loans or salary advances... Call it what you will, the fintech community's fairer (not to mention cheaper) answer to payday loans is the talk of the town.

Have you ever thought that every day of the month (except payday) you have a stash of cash that you’ve theoretically already earned, but can’t spend because you’re only paid at the end of the month? It’s so ingrained in most people’s financial routine that they don’t even think about it anymore. But what if it didn’t have to work that way? What if you could access at least part of your hard-earned wages early?

A few startups are trying to make this happen, so employees who run into an unexpected expense have an affordable way to face it without going into high-cost debt. It’s generally referred to as a salary advance or earned wage access.

What’s in it for employees?

Asking for a salary advance is normally way cheaper than the alternative, which is usually an expensive overdraft or payday loan.

What’s in it for employers?

Employers have the chance to offer an extra perk that both makes them more competitive when it comes to the hiring process and helps them reduce staff turnover at the same time.

Many companies also do it to take care of the financial health of their employees, who in turn tend to be less preoccupied and more productive. When people are worried about debt, it can become more difficult for them to stay focused on their jobs.

What’s in it for the startups providing these services?

How do they work?

It depends. Normally, your employer has to register with one of these providers, then you can download an app that tells you how much of your salary you’ve already earned and how much you can borrow. If you then decide to give it ago, you can request the salary advance from the app and will be charged a fee in return.

However, different companies offer different services and work in slightly different ways. Let’s take a closer look at some of the players in this emerging market: 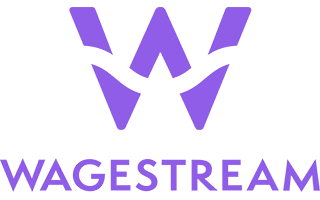 This brand new startup was founded in 2018 by Peter Briffett and Portman Wills. It offers both salary advances and financial education resources that employees can access. Employees are charged a £1.75 fee every time they withdraw part of their salary in advance and they can withdraw up to between 30-50% of what they’ve earned. In September 2018 the company staged a funeral for payday loans as a publicity stunt (which may have been a tad premature, but you get where it’s going). Salary Finance was founded in 2015 by former head of Google UK Dan Cobley, together with Asesh Sarkar and Daniel Shakhani (these guys apparently didn’t get the memo about brand names requiring a typo or the merging of two words without a space). The company does salary advances, employee loans and also Help to Save, a service that automatically takes a portion of the employees’ salary and puts it aside for a rainy day. For advances, employees are charged a £1.49 fee per withdrawal.

Hastee only does salary advances. Employees are charged a 2.5% fee and can access up to 50% of what they’ve earned. The company was founded in 2017 by James Herbert and Simon Draper, and is especially convenient for employers. Setting up the service is free and Hastee itself funds the advances, so there’s no impact on the company’s cash flow. May have coined the term “earnings on demand”. Your first withdrawal each month is free, up to £100, and then you’ll pay a 2.5% on any other withdrawals. 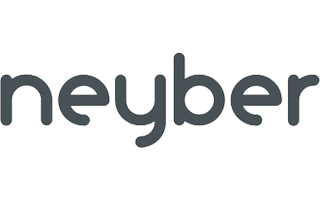 Neyber is a bit different from the others in that it is a lender: it only does loans and not salary advances, so if you borrow you’ll owe money to the company (not to your employer), you’ll be charged an interest rate and your credit score will have an impact on the kind of deal you get. However, it’s different from a traditional lender because the repayments are automatically taken from your salary and thus it says it’s able to offer more competitive rates. It was founded in 2014 by Ezechi Britton, Martin Ijaha and Monica Kalia, and works with a number of big companies such as DHL and Asda.

Is this happening across the pond?

Glad you asked. Yes, this kind of employee benefit is also becoming a thing in the US. PayActiv, Even and DailyPay are all companies that operate in a similar way, offering salary advances, employee loans and help to save services in the US.

Well, it’s still early days, but there are a couple of things to be aware of: