We've listed some of the features of the service that's looking to simplify pensions for the self-employed. 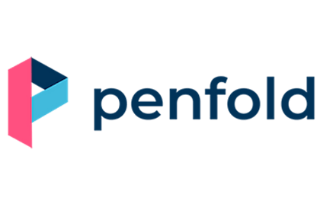 Penfold, the pension for the self-employed

Go to site
Capital at risk

There are 4.8 million self-employed people in the UK, which is close to 15% of the workforce. But only 14% of them are saving regularly in a pension. For many, the prospect of setting up a pension when they’re self-employed can seem complicated. Penfold aims to change this by making it easy to invest into your future. See what we thought about Penfold, how it works, how much it costs and some of its benefits.

Penfold is here to change that by providing easy to set up digital pensions catered specifically to self-employed people.

Penfold is a digital pension platform, aiming to make the process of setting up a pension simple and easy. Serving as a digital alternative to traditional pension programs, Penfold allows users to set, manage and keep track of their pensions without any real hassle. The service is made for self-employed people, freelancers, sole traders, company directors, and it offers flexibility and ease of use to its customers.

How does Penfold work?

Setting up a Penfold pension is easy and takes only a few minutes to set up online. Registration takes very little time, and all you need is the following documentation:

Penfold customers are charged a single annual fee to maintain their account. Its website lists this fee as being either 0.75% or 0.88% of a customer’s total pension balance, depending on which investment option you chose. Besides this annual fee, there is no additional charge for pausing, stopping or consolidating pension pots.

It has also eliminated drawdown fees, so anyone aged 55 or over who decides to take money out of their Penfold pension won’t be charged for accessing their funds. Plus, there are no transfer fees for customers who want to move their existing pension over to Penfold.

Penfold offers its customers a variety of benefits and features that include the following:

Can I transfer an existing pension to Penfold?

Yes, you can transfer an existing pension to Penfold. The company offers a free “find & combine” feature that allows the company to look for customers’ other pensions and consolidate them all under the Penfold pension. All customers need to do is provide a name, reference & estimated amount of their previous pension and Penfold will track it down and combine it to your Penfold pension.

Founded in 2018, Penfold became regulated by the Financial Conduct Authority in June of 2019. This means that the company is subject to a wide range of controls and procedures that are approved by the UK’s financial regulator to keep your pension safe and secure.

Along with approval from a regulatory body, Penfold also partners with Seccl Custody Limited as its custodians for managing payments and added security. With the company specialising in providing financial advisers, wealth managers and fintech firms with fast and flexible solutions for managing clients’ money, you can rest assured that your money will be kept secure.

Along with this, Penfold itself does not manage money. So when you add money into your Penfold pension, it is invested in a special plan provided by either BlackRock or HSBC, which will continue to invest your pension even if Penfold itself ceases to exist.

Given these added measures, customers can be sure that their pensions will be secure with Penfold even though it isn’t a traditional pension service.

Penfold seems like it will help fill a gap in the market by offering an easy-to-use digital pension option to the self-employed that allows them to set up a basic pension plan. Penfold is definitely a service that has grown extensively in the past year, and we are looking forward to see it develop even further. If you’re self-employed, Penfold could well worth be looking into and signing up for.

Zoe is a writer for Finder specialising in investment and banking. Zoe has a BA in English literature and several years of experience in writing about all things personal finance. She has a particular love for spreadsheets, having also worked as a management accountant. In her spare time, you’ll find Zoe skating at her local ice rink.

Moneybox pension review Can Brits solely rely on their pension?