How will the US election affect the stock market? 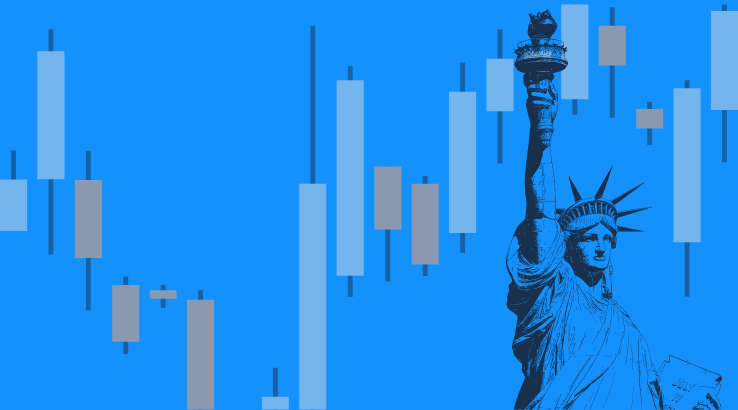 A rise in coronavirus cases in Europe and the US has triggered a stock market slide.

Now, with the US presidential election only days away, investors should expect further volatility and act accordingly.

Democratic candidate Biden has led president Donald Trump in opinion polls for much of 2020 and opened up a 14-point lead today according to a new poll taken by The Independent.

However, that doesn’t equate to victory for the Democratic candidate. Polls in key states, such as North Carolina and Florida, have shown the gap narrowing between Biden and Trump in recent weeks, which will give Republicans hope that Trump can emulate his shock victory of 2016 again this time around.

Although the outcome of the election remains uncertain, one thing investors can be sure of in the coming weeks is further market volatility. US elections have historically brought increased volatility with them and this year, with the extra uncertainty surrounding the coronavirus pandemic, analysts expect volatility to be especially high.

How each outcome could impact investors

Increased fiscal spending is expected under all outcomes, but particularly in the case of a Democratic presidency. Couple that with expectations of increased corporate tax rates in the US and the de-escalation of trade tensions, strategists expect to see the US dollar weaken and European stocks to make gains on US stocks that have dominated the last few years.

A split Congress for Biden may make many of these changes more gradual, but analysts still expect a noticeable shift in focus under a Biden administration towards industries such as renewable energy, education and healthcare. For example, Biden announced $2 trillion plans to achieve a carbon pollution-free power sector by 2035, which could act as a catalyst to green energy funds such as the S&P Global Clean Energy Index which has soared 120% since March.

As well as this, the Democratic Party recently suggested the breakup of the monopoly of large technology giants, in order to stimulate more competition. However, such measures would be gradual and unlikely to be approved with a split Congress, so investors in companies such as Amazon, Apple and Facebook shouldn’t be too worried just yet.

Trump’s presidency has contrasted what Biden promises greatly and should he stage another shock victory in a few days, investors can expect more of the same from the Republican. During his time in office, Trump has slashed corporate tax rates by more than 10% and removed regulations in industries such as energy, pharmaceuticals and technology, which Republicans believe acted as a barrier to economic growth. During Trump’s time in office, the S&P 500 index has grown nearly 50% with Trump memorably claiming in 2017 “the reason our stock market is so successful is because of me”.

But is it that simple?

History suggests that presidents do not influence the stock market nearly as much as most people think. It is therefore important for investors to view the upcoming election from a long-term perspective, rather than gambling on the particular outcomes.

For example, a Bloomberg survey taken in 2008 showed more than half of respondents had a negative sentiment towards Barack Obama’s effect on the financial markets, believing his policies would act as a hinderance to economic growth – this wasn’t the case.

During Obama’s time in office, the stock markets boomed. The Nasdaq rose 245% from 2008 to 2016 and the S&P 500 grew 175% in the same period, partly due to wider macro-economic trends out of the president’s control.

Both Trump and Biden are expected to borrow and spend trillions given the geopolitical landscape at the moment. Both want to spur economic growth – with Biden promising a conservative, stable approach and Trump more of the same, aggressive economic policy. Each will benefit the market in different ways.

While the election of each will present unique opportunities and growth in some sectors more than others, it is far wiser for investors to wait until after the election to pursue such investments, rather than gamble on the outcome beforehand. After all, high-quality investments will continue to perform well in the long term, irrespective of the election’s outcome.

How investors can prepare today

The best way for investors to prepare themselves today for the heightened volatility expected in the coming weeks is to diversify their portfolio. That way, by reducing exposure to any particular asset class or sector, investors can benefit no matter how the outcome of the election materialises. A contested result is still not entirely out of the question, further emphasising the importance of diversification to investors.

Investors should not only diversify by industry, but also geographically. European stock markets tumbled on Wednesday over concerns of further lockdown measures in Germany and France, but have steadied this morning and provide many unique opportunities for investors outside of the US.

By considering such factors and viewing investments from a long-term perspective, investors should be able to ignore the noise in the market, comfortable they have done all they can to ensure their portfolios perform well no matter who wins the election on 3 November.

This article offers general information about investing and the stock market, but should not be construed as personal investment advice. It has been provided without consideration of your personal circumstances or objectives. It should not be interpreted as an inducement, invitation or recommendation relating to any of the products listed or referred to. The value of investments can fall as well as rise and you may get back less than you invested. Past performance is no guarantee of future results. If you’re not sure which investments are right for you, please get financial advice. The author holds no positions in any share mentioned.