Considerations when deciding between XRP and Stellar

With a strong financial backing and a long list of partners, Ripple has attracted plenty of attention not only in the cryptosphere but also across mainstream media. But, any analysis of Ripple inevitably draws comparisons with Stellar (XLM), another crypto giant focused on offering fast, reliable and affordable global payments.

There are plenty of similarities between Stellar and Ripple but also a few key differences. Read on to find out how these two cryptocurrencies stack up against one another and decide which project is best positioned for success.

XRP vs. XLM: The breakdown 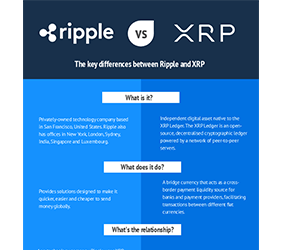 Ripple and Stellar: How do they work

It’s also worth noting that Stellar offers a couple of additional features that Ripple doesn’t. Not only does the Stellar network provide a decentralized exchange, it also provides a platform for ICO launches.

Let’s say Jim wants to send money from a US account to a German bank account, converting it to euros along the way. He wants to do it at the best rates possible.

The money will be bumped between several banks on the way. Along the way, it’ll be converted from USD to euros. The entire process takes three to five days, incurs fees from each bank on the way and loses Jim money on all the exchange rates.

First, it converts the USD to euros, then it uses an anchor to transfer the euros to the recipient account.

There are a few different ways Jim’s USD might be converted into euros.

Between these options, which are carried out automatically, and with XLM to fill in the gaps and grease the wheels, people can make efficient peer-to-peer money transfers, or simply convert currency for their own purposes.

As we touched on above, Ripple and Stellar are built on separate philosophies and are focused on different target markets. Ripple is a privately-owned blockchain company that provides its services to other companies. It allows multinational companies and banks to quickly make cost-effective international transfers and currency conversions, plus access a range of extra features.

Meanwhile, Stellar allows individuals to make more cost-effective money transfers and currency transfers. Stellar itself is a nonprofit organization with the goal of enabling a more inclusive global payment system.

Decentralization is commonly cited as one of the core principles of cryptocurrency, but Ripple is widely considered to be a more centralized network than Stellar. Ripple has received plenty of criticism in this regard, much of which stems from an incident in 2015 when the funds of recently departed Ripple founder Jed McCaleb were frozen.

This raised questions about the level of control Ripple has over its network. However, Ripple CEO Brad Garlinghouse was quick to respond, using Quora to refute suggestions that Ripple is overly centralized. He posted: “Ripple is not centralized. To be clear, if Ripple disappeared today, XRP would continue to function. To me, that’s the most important measure of whether something is decentralized.”

When deciding which cryptocurrency to hold, you’ll need to take into account a number of considerations.

Another consideration is the fact that XRP has managed to secure quite a few high-profile financial partnerships, including American Express and Moneygram, so there’s a lot of money behind it.

On the other hand, you’ll also need to take into account the possibility of Stellar getting enough users and anchors that it could feasibly let people exchange currencies seamlessly and much cheaper than with XRP.

Also, technology has increasingly moved towards decentralization, and you’ll need to decide if Stellar is ahead of XRP in that respect and if it matters.

Ripple vs. Stellar: the bottom line

Both Ripple and Stellar have their own strengths and weaknesses, so thoroughly research each currency before deciding if either is positioned to achieve success. 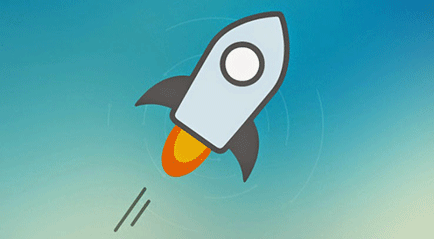