How to buy and sell Algorand (ALGO) in the US | finder.com

How to buy and sell Algorand (ALGO)

Find out how to buy Algorand (ALGO) quickly and safely, and learn more about how it works. 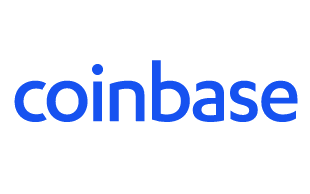 Algorand is a unique protocol-level blockchain for the ALGO cryptocurrency. Find out what you need to know before getting started and where to buy ALGO in the US.

Where to buy Algorand (ALGO)

How to sell Algorand

The process for selling Algorand is similar to the steps outlined above, except you’ll be exchanging your ALGO for BTC (or another cryptocurrency) rather than exchanging BTC for ALGO.

Which wallets can I use to hold Algorand?

Some people store their tokens on exchanges, but this is generally not recommended and it’s considered safer to hold your own private keys.

There are few wallet choices for ALGO, but the Algorand Foundation has created an official mobile wallet, the Algo Wallet, for iOS and Android.

Read about cryptocurrency wallets in our beginner’s guide.

Algorand, founded in 2017, says it’s a permissionless, public and decentralized blockchain. It’s similar to Bitcoin or Ethereum in this respect.

It’s designed to serve as a base-level blockchain protocol on which other dapps can be built and smart contracts operated.

One thing that makes Algorand different is that it claims to be highly scalable, so it’s not prone to the same bottlenecks or fee issues that Bitcoin or Ethereum frequently are. It uses a proof-of-stake system that provides immediate transaction finality, which eliminates a lot of the forking problems of earlier blockchains.

As a proof-of-stake system, it encourages ALGO holders to stake their tokens, and essentially become ALGO miners. Token holders can enjoy some governance powers. In both network consensus and governance, a super-majority of users is required to pass decisions.

It also offers unique economic innovations, including a public token dispersal process through periodic Dutch auctions. The basic tenet is that the market will always ensure a fair ALGO price, and that users will be able to return their ALGO for 90% of the purchase price for up to a year after the purchase, as a kind of algorithmic “satisfaction guaranteed” arrangement.

The team behind Algorand has attracted a lot of attention. Most notably, it was founded by Turing Award-winning computer scientist Silvio Micali.

What to consider before you buy ALGO

There are risks involved in purchasing any cryptocurrency, and even though ALGO aims to offer more assurances through its money-back and Dutch auction system, it still carries many of the same risks as any other cryptocurrency, including a complete loss of funds in the event of hacking or other misadventure.

Other factors to consider include the following:

How to buy the Cosmos blockchain (ATOM) cryptocurrency Thorchain (RUNE): How it works and where to buy it