How to buy, sell and trade Dash in US

Dash (DASH) is a cryptocurrency that aims to make digital cash more usable. With a focus on transaction speed and privacy, Dash is designed to allow people all over the world to make instant, anonymous payments online or in stores.

Since its launch in 2014, Dash regularly features in the top 10 cryptocurrencies by market capitalization. To find out more about how Dash works and how and where to buy DASH, keep reading.

Quick guide: How to buy DASH

This is our quick guide to just one way to buy DASH. Compare some other options in the table below.

Where to buy DASH in the US

You can then sign up for an account by entering your email address and creating a strong password. On some platforms, you’ll then be able to trade without providing any further information, but many exchanges require additional details (such as your full name, contact details and photo ID) to satisfy Know Your Customer (KYC) laws before you’ll be allowed to place a trade.

Many cryptocurrency exchanges don’t allow you to exchange fiat currency, such as US dollars (USD), for DASH. If this is the case on your chosen platform, you’ll have to own or buy a crypto that’s listed in a currency pairing with DASH, such as Ether (ETH) or bitcoin (BTC), and then exchange it for DASH.

However, there are some exchanges that do allow you to trade USD for DASH, such as CEX, HitBTC, Kraken, Changelly, Mercatox, YObit and EXMO.

Navigate your way to the markets section on your chosen exchange and search for the currency pairing you want, such as BTC/DASH. It’s then a matter of following the buy DASH links and typing in the amount of DASH you want to buy or what you want to spend.

Make sure you also review the total cost and specifics of your transaction before finalizing your purchase.

How to sell DASH

If you want to sell your DASH holdings, you’ll need to follow a fairly similar process to that detailed in step 3 above. However, you’ll need to look for the sell DASH links rather than the links to buy. It’s also important to remember that you may not necessarily be able to exchange DASH directly for the currency you want.

Beginning as a fork from the bitcoin/Litecoin codebase, Dash doesn’t use a single mining algorithm like bitcoin or Litecoin; instead, it uses something known as X11, which is a collection of 11 algorithms designed to ensure the fair distribution of coins between miners. Miners create new coins and secure the blockchain in exchange for 45% of the block reward. 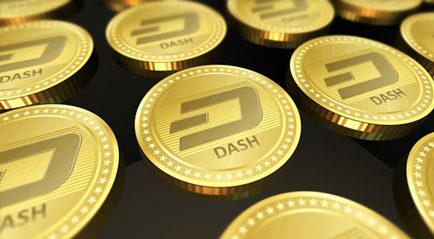