Ethereum Classic is an open-source, peer-to-peer, computing platform based on blockchain technology and the original Ethereum code. Just like Ethereum, it provides a value token, or “altcoin”, called “classic ether” which is used to pay users for products and services, and as a transaction fee when using decentralized apps and smart contracts.

decentralized autonomous organizationbuilt on the Ethereum platform. It was meant to allow users to invest in the development of decentralized apps to run on the Ethereum blockchain.
By May 2016, The DAO had accumulated over $150 million, and was ready to begin its operations. Then a paper was released detailing a security flaw in the DAO architecture. Developers of The DAO ignored the concerns raised and moved forward with their operations.

In June 2016, The DAO was hacked using the same security flaws outlined in the paper and approximately $50 million were stolen.

As a result, Ethereum underwent a hard fork, copying and modifying the main code to revert the DAO hack. Meanwhile, the main code remained as is, and the community began calling it “Ethereum Classic”. Since then, Ethereum and Ethereum Classic have been operating as separate coins while sharing the same goals and vision: to become the world’s first decentralized computing platform.

Where to buy, sell and trade Ethereum Classic?

Most of everything you use on the Internet today uses a centralized database system, i.e. the database is stored on a single server. While the server itself might be a collection of different machines working in tandem, the database itself is still in a central location. If a hacker were to hack into the server and change some of the information on the database (say, giving himself or herself an extra $5 million), there would be no way to validate the changed data.

Decentralized apps on the Ethereum and Ethereum Classic platform share their database transactions with every user on the blockchain. Because there is now no central location in which the database resides, hackers would need to hack the databases of 51% of all users on the blockchain to be able to convince everyone that they have that extra $5 million. 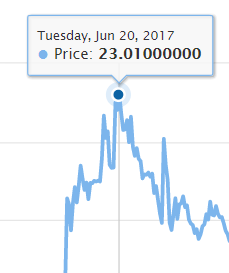 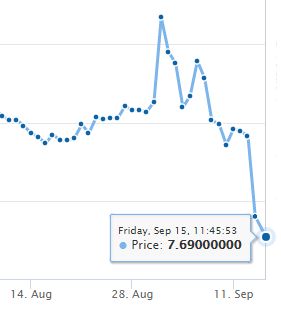 The biggest concern users have is that the “Ethereum Classic vs. Ethereum” situation has created what many have dubbed a double blockchain. In a way, both the Ethereum Classic and the Ethereum blockchains are compatible with each other because they were born from the same trunk. As a result, one can attempt to access the Ethereum Classic blockchain using an Ethereum wallet, and this can cause problems. For example, public wallet addresses might not belong to the same user on one chain as on the other.

As such, this has caused a lot of volatility in the value of ETC and will likely remain the case unless an agreement can be reached between both halves of the community.

In the long term, many believe that Ethereum Classic’s “immutability at all costs” philosophy (cannot be edited, cannot be deleted, even if hacked) might prove to be the better option as it is considered somewhat more secure compared to Ethereum’s platform, but time will tell.