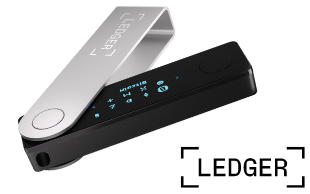 A token is a type of cryptocurrency which can be created by anyone, without the need for much technical know-how or skill. This is one of the reasons there are so many cryptocurrencies on the market – tokens have enabled almost any brand, company or idea to make their own in a matter of minutes.

ERC20 is a technical standard for tokens issued on the Ethereum blockchain. ERC20 tokens aren’t too complicated, let us explain them to you.

Since its launch in 2015, Ethereum has become one of the driving forces behind the growth of cryptocurrency. Initial coin offerings (ICOs) have raised billions of dollars in funding for crypto projects from all around the world, and most of these ICOs are based on the Ethereum platform. Buyers contribute ether (ETH) to participate in a crowdfunding sale and in return receive some of the project’s tokens. That token is typically an ERC20 token.

ERC20 is a technical standard for tokens issued on the Ethereum blockchain, providing a list of rules that all Ethereum-based tokens must follow. These standards include how the tokens can be transferred, how transactions are approved, how users can access data about a token, and the total supply of tokens. The protocol is necessary to ensure compatibility between the many different tokens issued on Ethereum.

Just like Bitcoin, Litecoin, and any other cryptocurrency, ERC20 tokens are blockchain-based assets that have value and can be sent and received. The difference is that instead of running on their own blockchain, these tokens are issued on the Ethereum network. This means they’re hosted by Ethereum addresses and are sent using Ethereum transactions.

Many crypto newcomers are surprised to discover just how prevalent ERC20 tokens are. Take a look at a list of the top 100 digital currencies by market cap, and you’ll see plenty of well-known currencies that use the ERC20 standard, including:

Important:Some coins are launched as an ERC20 token, before being migrated over to their own blockchain. This means that the token will have to be swapped for a coin on the new blockchain once the migration is complete. If this happens, you will need to migrate your tokens over to the new chain, and will no longer be able to send the tokens to an Ethereum-based wallet. If you try to send coins from one blockchain to a wallet on another blockchain, you may lose your coins. Make sure you know which blockchain your coins or tokens are hosted on before sending them to a new wallet or address, especially as some tokens may exist across multiple chains.