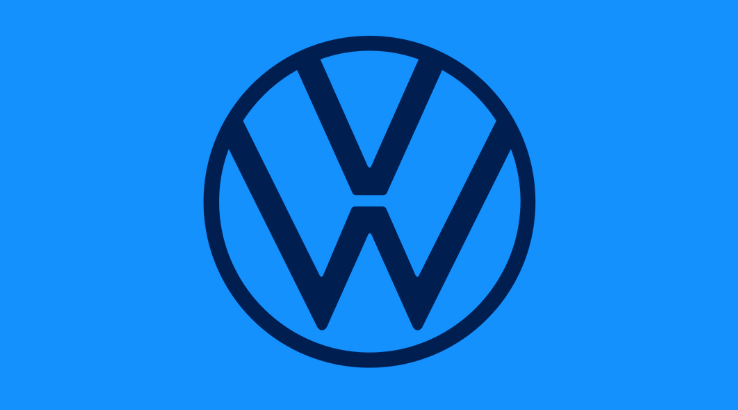 Volkswagen shares surged on Tuesday as investors rallied behind the company’s ambitious plan to become largest electric vehicle maker by 2025.

It is well-known by now that Tesla‘s share price and market capitalisation have experienced a meteoric rise during recent years as the car industry has gradually turned its attentions to an electric future. However, the expectation that Tesla will dominate the electric vehicle market in the future is beginning to weaken, shares in Tesla have fallen more than 20% since the beginning of January and traditional powerhouses, such as Volkswagen, are beginning to show signs that they can close the gap on the American vehicle maker.

German carmaker Volkswagen outlined plans to accelerate its transition towards electric vehicles in an investor event and shareholders meeting earlier this week. Specifically, the company outlined an ambition to become the leading electric vehicle maker by 2025 whilst also outlining clear routes to profitability improvement in the coming years. Investors rallied behind the news with shares in Volkswagen soaring to €207.85 (£178.05), a 35% increase this year-to-date.

Company representatives stated that one in five cars sold by the company will be electric by 2025, with this figure climbing to one in two by 2030. This acceleration be enabled by a ramp up in production, with Volkswagen expecting to open six battery-making “gigafactories” in Europe by the end of the decade which will cut costs of battery cell production by 50%.

Volkswagen, owner of Porsche, Audi, SEAT and Skoda, also plans to leverage its vast scale of production and unique modular car platform (MEB) to achieve this. The MEB matrix, or chassis, is the basis upon which many of Volkswagens future electric vehicles will be built and is designed to help accelerate electric vehicle and autonomous driving software production for the company.

The company’s CEO, Herbert Diess, emphasised just how important he feels the company’s position of strength within all spectrums of the autovehicle market will be in achieving its goals, stating “by pooling the strengths of our strong brands, we will thus be able to scale up our future technologies even faster and maximise the number of people benefiting from them”.

UBS analysts were particularly bullish on the news, raising their price target for the company from €200 (£171.37) to €300 (£257.05). The analysts stated that, for some time, investors have missed signs of Volkswagen’s ability gain ground on Tesla. The company’s growth in electric vehicle sales rose 214% in 2020 and is expected to continue at a rapid acceleration with the launch of 70 electric vehicles before the end of the decade. This number dwarves the number of electric vehicle models currently on sale at Tesla which stands at just 4.

Volkswagen, and investors alike, believe each of these factors give the German carmaker a strong chance of becoming a profitable, electric vehicle powerhouse in the future. The company stated on Tuesday that its operating profit target for 2025 was 7-8%, but that it would earn slightly below this, roughly 5-6%, in the coming years as the carmaker invests heavily in battery and software production.

The drop followed a general downturn in technology stocks at the beginning of the year and could also be partly attributed to the recent announcement of Tesla’s investment in volatile cryptocurrency Bitcoin. Perhaps one of the biggest reasons, however, lies in the fact that the company’s market value was higher than the next 9 largest automakers combined at the beginning of the year – something which appeared overinflated given the significant strides traditional carmakers such as Volkswagen, Toyota and General Motors are now making to close the gap to Tesla.

These aforementioned carmakers will seek to utilise their considerable size advantage to up the scale and efficiency of their electric vehicle production in the coming years and Tesla, a relatively smaller company, must find a way to respond to this.

The gap in valuation between Tesla and the other carmakers is still vast though and UBS analysts believe much of this can be explained by Tesla’s sizeable advantage in its software and IT systems. Tesla remains ahead of Volkswagen, and other traditional carmakers, in autonomous driving technology by a considerable margin and will seek to capitalise on this.

Tesla aims to offer owners autonomous driving software subscriptions which will result in the user’s car being wirelessly updated at regular intervals. Analysts at UBS projected the earnings potential from Tesla’s software and autonomous driving systems to account for approximately two thirds of Tesla’s market value.

Volkswagens CEO showed he is acutely aware of the growth potential of this segment in the car industry though, mentioning that Volkswagen are “up against companies that are entering the mobility market from the world of technology”. This will be another significant hurdle for traditional carmakers like Volkswagen to overcome in order to rival Tesla, however, there seems to be a growing confidence among investors that the gap is narrowing.