Our review of Vodafone mobile plans lays out typical packages, Finder score and pros and cons.

Global telecoms giant Vodafone began life as a subsidiary of a British radar company called Racal, which was formed in 1950. Vodafone was formed in 1983 and 2 years later had built the country’s first cellular mobile phone network. Since then the firm has grown rapidly, and today Vodafone Group provides mobile and landline telecoms services in 21 countries spanning 5 continents.

Vodafone’s UK mobile network is 1 of only 4 operating in the UK today. The firm offers a range of pay-monthly handset contracts, SIM-only deals and pay-as-you-go options. Our review gives you the lowdown on Vodafone’s mobile offerings, including its pros and cons, and what customers say about the service.

Compare Vodafone against its rivals

Click on the button below to compare mobile deals from all major providers, including pay monthly and SIM-only deals. 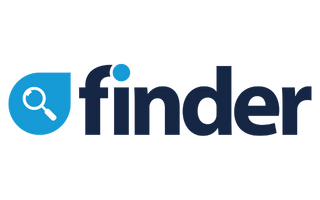 Find out if you can save on your mobile plan

Regulator Ofcom carries out a survey of mobile network customers every year to gauge their satisfaction with their provider. The last year for which full data is available, 2020, suggests that while 90% of Vodafone mobile customers told Ofcom that they were satisfied with the overall service they got from Vodafone, this represents only the average for the industry overall that year.

Only 77% of Vodafone customers reported that they felt they received value for money from their carrier. This is the lowest score among large mobile providers for that year. Over the same period Ofcom received 20 customer complaints for every 100,000 Vodafone customers, the third highest proportion after Virgin Mobile and Three.

Meanwhile, on the reviews site Trustpilot there’s a lot of criticism of the brand, with the firm receive an average score of 1.3 stars out of 5. The overwhelming majority of the 14,300 customers who left reviews (86%) said their experience with Vodafone was “bad” – the worst rating available. Many customer posts complain of poor customer service, and problems with mobile data (last updated: October 2021).

It’s worth pointing out that, as Vodafone also offers fixed-line home broadband, some of the Trustpilot reviews will have been left by Vodafone broadband customers.

Pros and cons of Vodafone

Our verdict: Is Vodafone any good?

As one of the UK’s largest mobile network operators, Vodafone offers a wide choice of contract options both for those looking to buy a handset on a contract and those needing a SIM-only deal. But based on a large annual survey into customer experience carried out by telecoms watchdog Ofcom, and clusters of online reviews, customer service appears to be lacking.

If price is your main priority, you’re unlikely to find that Vodafone is the cheapest option for your particular requirements. However, given the reach of its network, its likely that Vodafone may provide coverage in areas of the country poorly served by the other three network operators (Three, EE and O2), so if they offer the best reception where you live, they’re certainly worth investigating.