Addicted to Fortnite? Well, take a look at these games.

Fortnite Battle Royale features up to 100 players: alone, in duos or in squads of up to four. Players compete against each other by killing or evading their opponents, while also ensuring they stay within a constantly shrinking safe zone which protect them from the risk of taking lethal damage. Players scavenge for weapons to gain the upper hand over their opponents and ultimately win their game.

Parachute onto a remote island, fight to locate weapons and supplies, survive to become the last man standing.

Scavenge items, craft weapons and build traps to defeat your opponents and be victorious. 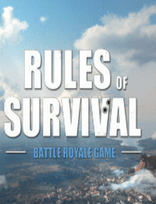 You are one of 300 players, dropped into a deserted island with the sole aim of survival. Fight your opponents while ensuring you stay in the diminishing safe zone. Survive. 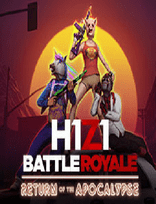 Play this fast-paced Battle Royale game either in solo, duos, or fives mode to survive Outbreak and be the last ones standing. New map now live on PC. Drop into La Cuna Island where you are 1 of 32 players who must fight each other to be the last-man-standing. Search for weapons around the island to stand a better chance of killing your opponents and surviving. Darwin Project takes place in a dystopian post-apocalyptic landscape in the Northern Canadian Rockies. To prepare for the impending Ice Age, a new project is launched. It’s called “Darwin Project” and it challenges 10 participants to survive the cold and fight to the death in a treacherous arena.

Overcome the struggles of hunger, thirst and cold. Create alliances with other players. Do whatever it takes to survive.

Two teams, the terrorists and the counter-terrorists, fight against each other with the goal of eliminating the other side while also completing separate objectives.

Command an Orc, Dwarf or Human warship. Sail the Abyssal Ocean and beat your opponents to emerge victorious.

Explore the city of Los Santos, the countryside and even the ocean through the single-player mode while playing as one of three main characters, or join your friends in GTA Online and see what trouble you get up to. 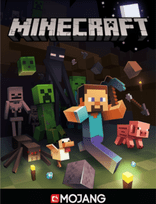 Play single player or multiplayer in an infinitely-generated world of wide open terrain – icy mountains, swampy bayous, vast pastures and much more. Be creative or try out some PvP in this game about placing blocks and going on adventures.

Play as heroes as you battle alongside your friends and comrades in a world of conflict. Master their abilities to beat your opponents, the world is your battlefield.

Embark on an epic action adventure in search of what was lost at the fall of the Golden Age.

Reunite humanity’s scattered heroes, stand together and fight back to reclaim our home from the Red Legion.

Spending extra time at home? Treat yourself to the latest console from Xbox and find out where to get the best deal here.

Who will win in the PlayStation 5 vs Xbox Series X video game console war?

Here is your complete guide to the Halo Infinite game.

Read this guide to find the best Boxing Day deals on PS4s.

Xbox bundles allow you to purchase an Xbox with extras alongside it, such as games and a controller, for a good price. We’ve compared many Xbox bundles to help you find the one you want, for the best deal.

Addicted to Fortnite? Here’s a selection of similar games to get you scavenging, building and fighting to claim victory over your opponents.

Microsoft’s Xbox Live Game Pass provides you with a large library games to play each month for a single subscription fee.