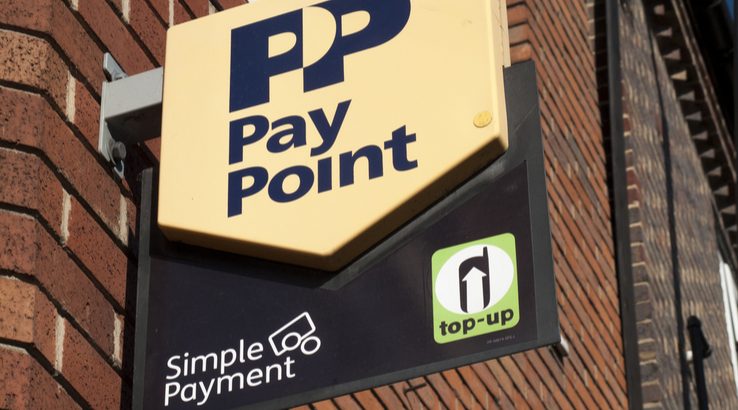 The previously mobile-only bank announced its strategic partnership today to give people a convenient way to deposit their cash.

The deal means that Monzo’s more than a million users will be able to deposit money into their accounts at any of the 28,000 corner shops and local stores that make up payments provider PayPoint’s network throughout the UK.

PayPoint provides in-store payment services for consumers, along with retailer services and secure mobile and online multi-channel payment solutions for businesses. Its signs are prominently displayed outside participating outlets.

The instalments that Monzo customers can now make into their accounts via a PayPoint-linked store can range from just £5 up to £300. There is a fee of £1 for each deposit and a cap of £1,000 every six months. To find out more about Monzo read the Finder review.

Monzo points out that many PayPoint stores are open seven days a week from early in the morning until late at night, so the arrangement provides customers with a convenient way of depositing their cash.

The Monzo move comes after its rival Starling Bank partnered with the Post Office, enabling Starling users to deposit and withdraw cash at Post Office counters throughout the UK. To see how Monzo and Starling match up, read our comparative review.

Monzo’s CEO Tom Blomfield says that although he recognises that the country is heading towards a cashless society, it’s a fact that many payments are still made with cash. He adds that the partnership with PayPoint means Monzo’s customers can now deposit money easily and conveniently whenever it’s required.

Monzo customers have now spent more than £4 billion with their Monzo cards since the bank was launched in 2015. The digital-only bank recently raised £85 million in a funding round, which it plans to use to expand to the US as its first overseas destination.

In a separate partnership move, Monzo has also teamed up with the Financial Capability Lab to develop new banking technologies. The Financial Capability Lab is a two-year-old collaboration between the Money Advice Service, the Behavioural Insights Team and Ipsos MORI whose aim is to generate “behaviourally informed ideas” aimed at solving the important money challenges that we all face.

Together with Monzo, the focus will be on adding new controls so customers will be able to set financial goals and work on them. The enhancements may even enable people to nominate another person they trust to notify and approve transactions on their behalf.

Any new controls developed will build on existing features that Monzo customers already use. For example, they can currently freeze their cards and set them up to stop any gambling spending from their accounts via the Monzo app.

Stuart McFadden, who heads Monzo’s Financial Difficulties department, explains that the challenger bank is on a mission to “make money work for everyone” by helping people reach their financial goals. In this respect, the hope is that Monzo will be able to harness the skills and experience of the Money Advice Service along with the Behavioural Insights Team (BIT) to develop new ideas for helping people manage their money.

Unofficially BIT is known as the “Nudge Unit”. It was originally set up to look at how “nudge theory” could be applied to government policy and services, and in so doing to save the UK government money.