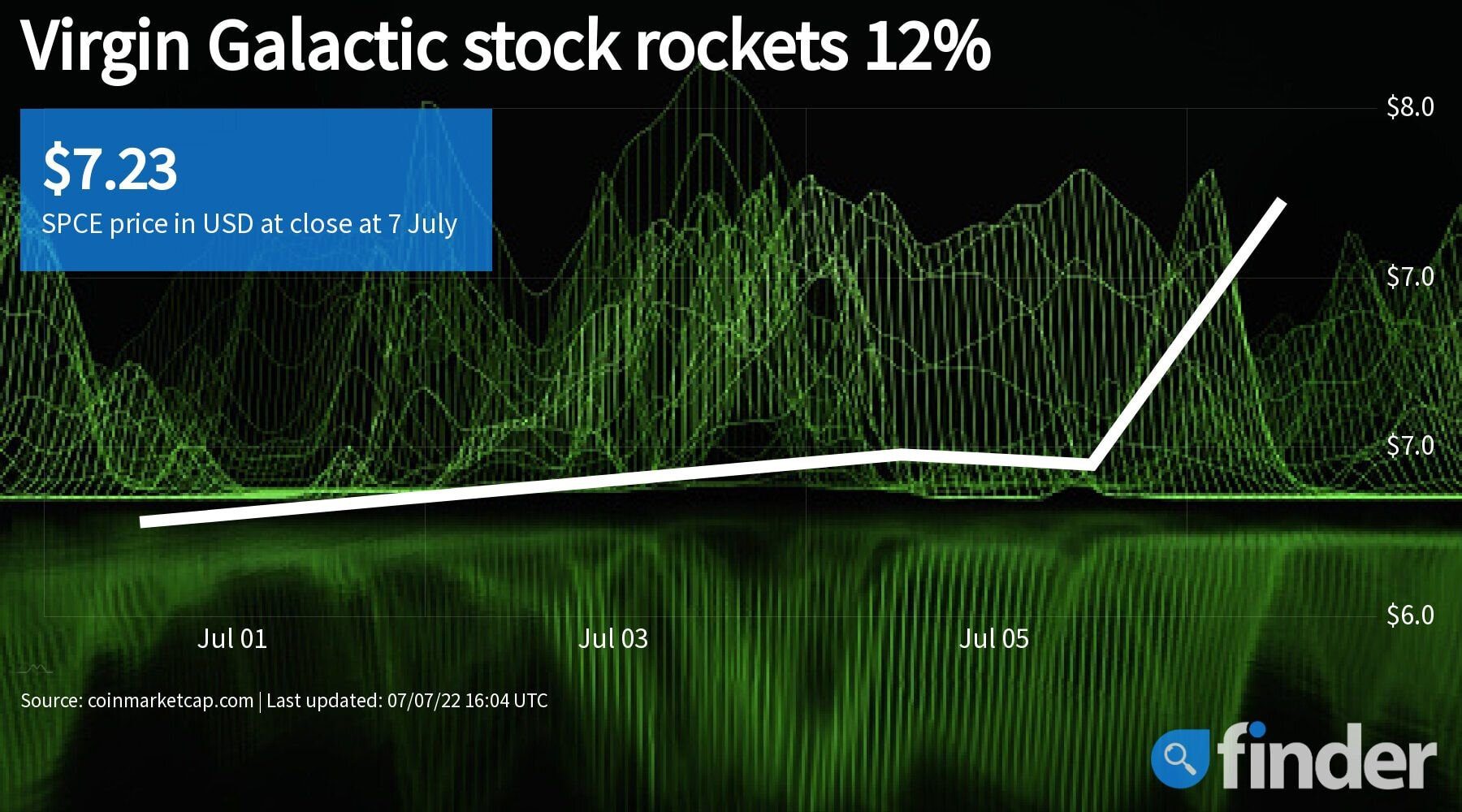 A year after lifting founder Richard Branson into orbit, Virgin Galactic orders 2 new planes to carry its space vehicles aloft. Are the programme and the stock back on track?

Virgin Galactic (SPCE) rocketed higher yesterday, or at least its stock did. To see a 5-year view of this share, check our dedicated guide.

Shares of Richard Branson’s space tourism company got a 10% lift when it announced it had contracted with Boeing (BA) subsidiary Aurora Flight Services to build 2 “motherships” to make its next-gen space planes airborne. For a 5-year view of Boeing (BA), see our dedicated guide.

After the stock declined more than 84% over the past year, new flights and a firm schedule could lead investors to take a fresh look. The private space race is highly competitive, but right now Virgin Galactic is the only publicly-listed pure play on space tourism.

Almost a year ago, on 11 July 2021, the company’s sole space plane Unity carried Branson and a crew into space. Unity and its carrier plane, Eve, have been undergoing maintenance since, according to Space.com.

The next suborbital flight is expected next year, while the new carriers and next-gen space vehicle would fly in 2025. Galactic uses a carrier plane to lift the space vehicle to about 50,000 feet; they then separate and the space plane’s rocket carries it higher.

About a minute later, passengers are free to unbuckle and float around the cabin, according to Virgin’s website.

Investors may have lifted the stock thinking a firm schedule will again give it an edge. Shares traded as high as $52.76 a year ago, just before the Branson flight. They’ve dwindled to $7.22 this week.

But analysts so far aren’t impressed, with the average analyst price estimate at $9.14 a year from now; of 12 analysts covering the stock, according to Yahoo Finance, only 2 rate the stock a buy, while 7 say to hold, and 3 say it will underperform the market.

That’s partly because the competition is fierce. One principal competitor is Blue Origin, which took founder and CEO Jeff Bezos of Amazon into space on 20 July 2021. The other is SpaceX, which first took astronauts to the International Space Station in May 2020.

Blue Origin and SpaceX have worked with NASA and have broad goals for their space programmes; Branson’s company seems mostly focused on tourism.

The key difference for investors: SpaceX and Blue Origin remain private companies. So at the moment, Virgin Galactic is the only pure stock play among companies launching humans into space.