US airport security now wants to check your tablets and Kindles 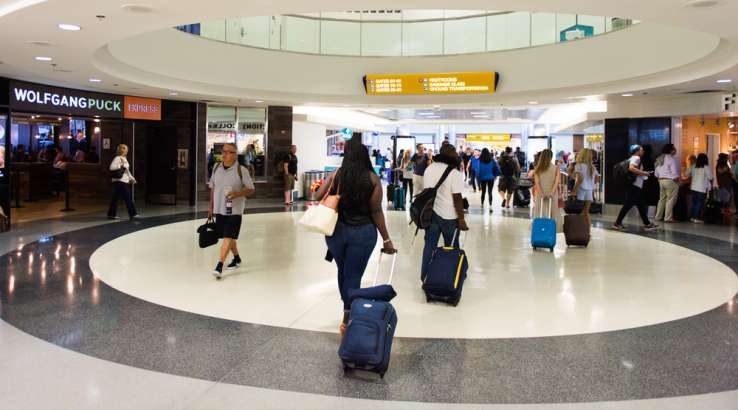 Prepare for those lines to get even longer.

Rule #1 about airport security: the rules are likely to be different every time you fly, even if you’re a tragic points addict like me. With many Brits findings queues at European airports much longer due to new security procedures, now we learn that US airports are stepping up their approach to electronics on flights.

Having to take your laptop out of your carry-on luggage for separate inspection is a familiar routine. Now the Transportation Security Administration (TSA) is asking passengers to also remove any tablets, Kindles, other e-book readers or games consoles from their luggage as well. In effect, anything bigger than a smartphone needs to be checked individually.

That process is being introduced gradually at airports across the US over the course of the year. Here’s the full list of the 10 airports where enhanced scanning is already taking place:

Given that the main fear around electronic devices is that they’ll be used to conceal bombs, this makes some sense. “By separating personal electronic items such as laptops, tablets, e-readers and handheld game consoles for screening, TSA officers can more closely focus on resolving alarms and stopping terror threats,” TSA’s acting administrator Huban A. Gowadia said.

The lines have often been blurry in practice anyway: when I’ve travelled with a tablet that has a Bluetooth keyboard, I’ve tended to remove it for separate inspection rather than invite a debate about whether it’s actually a laptop or not.

You don’t have to remove your electronics if you’re enrolled in the TSA Pre scheme for frequent flyers, which lets you use a separate airport queue as well. If you regularly fly to the US, enrolling in the Global Entry scheme and then TSA Pre might be a helpful way of saving time.

As usual, it could be worse. We seem to be slipping away from earlier suggestions that laptops in carry-on might be banned altogether, so that’s something. And in reality, you already have to do so much messing around at US airport security (shoes, belts, liquids) that pulling out a Kindle isn’t a major extra task. Just don’t pack it at the bottom of your bag or your fellow travellers will be quick to judge you.

Angus Kidman’s Findings column looks at new developments and research that help you save money, make wise decisions and enjoy your life more. It appears regularly on finder.com.au.