Everything you need to know about the independence bid 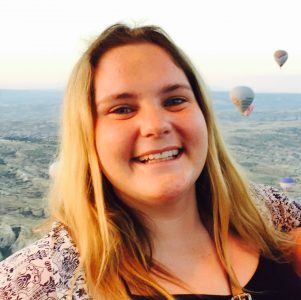 The past few weeks have been filled with Catalonia’s bid for independence, but the situation’s more complicated than a first glance does justice for. To help you out, we’ve dived into the implications of Catalonia’s possible independence to present a comprehensive guide on what you need to know, especially if you’re planning on travelling there in the near future.

Is it still safe to travel to Catalonia?

At this stage, yes. Protests are expected to continue for a while. Keep checking the latest advice from the Foreign and Commonwealth Office (FCO) but at this stage, they’re just urging travellers to exercise caution if they’re visiting Catalonia. Travellers are also urged to be aware of calls for strike action, which may affect transport and local services.

How many tourists visit Catalonia?

Catalonia is home to tourist favourites like Costa Brava and Barcelona and is one of the most popular regions in Spain. While just outside of the peak holiday season, October is still a busy time for this area. The events in Catalonia may cause a drop in tourism, but it’s too soon to tell. Looking at last year’s numbers, Catalonia had just over 18 million foreign visitors, most of which came from France and the UK.

What does this mean for travel insurance?

If you have an upcoming trip to this region, don’t despair – the FCO has declared it safe to travel to. But since the FCO hasn’t advised against travel, it’s doubtful your insurance policy will accept a cancellation claim. As always, read the fine print in your policy to make sure you know what you’re covered for, like an emergency flight home or “force majeure” (ie, unforeseen circumstances). If you do end up needing to claim something, make sure you’ve kept all the paperwork.

Let’s look at the bid itself

Catalonia and Spain’s history stretches back hundreds of years, with independence coming up frequently. It’s been gaining steam again in the past few years for several reasons:

What’s the most recent referendum?

Catalonia’s been making headlines recently for the Spanish crackdown on Catalonia’s referendum on October 1. The question was: “Do you want Catalonia to become an independent state in the form of a republic?”

Spain labelled it unconstitutional and unlawful, so sent in riot police to disrupt the proceedings by blocking voter entrances and stealing ballot boxes. Reports state that only 43% of voters turned out, but just over two million people voted for it. That’s 90% of voters that were for Catalonia becoming independent from Spain.

In an address on October 10, Catalan leader Carles Puigdemont announced that he wanted to “de-escalate” the tension around the issue. While he has declared independence for now, he’s suspended it in favour of opening talks with the Spanish government.

Catalonia is the most productive region of Spain. It accounts for a good chunk of Spain’s economy (around 19%), which is similar to the Madrid region. The graph below highlights this in comparison to the other Spanish regions.

Trading Economics has forecast Spain’s GDP in 2018 to be 1.303 trillion USD and without Catalonia, this could potentially drop to 1.053 trillion USD.

What does Catalonia stand to gain by independence economically?

Identity issues aside, Catalonia’s economy is going to be shaken up, no matter the resolution to this. But one of the arguments for independence is that Catalonia’s taxes are supporting the poorer regions in Spain.

Catalonia currently suffers from a “fiscal deficit”, where it pays more in taxes to Madrid than it gets back. With independence, they could gain back this tax money, which has been reported to be around 9.9 billion euros a year.

What are the negatives?

As soon as they’re independent, they’re out of the European Union. All members of the EU would have to unanimously vote to allow them in, including Spain itself. Not being part of the EU means higher export costs and many more trade barriers. This is a problem when the EU accounts for 65.8% of Catalan exports.

A number of companies, both foreign and Spanish, have made Catalonia their home. Already, we’ve seen some of them pick up and move, put off by the current upheaval. This will create an uncertain number of lost jobs in the future.

And then there’s the stability of the Euro, which has already dropped slightly. Check out our currency tracker above to see how it’s performing.

Then there’s the issue of the €1.3 trillion Spain owes in debt, equal to its current GDP. If Catalonia becomes independent, this debt could be assumed solely by Spain.

The future is uncertain

There are many different variables to where this referendum could take Catalonia. It will either continue to be a part of Spain, or it won’t. And if it does become independent, Spain can choose to view it as legitimate or not. Many of the European superpowers are staying neutral on the subject, but France recently declared that they wouldn’t support Catalan independence.

There is any number of eventualities. Catalonia might end up the same as Taiwan, by declaring itself independent of a country that doesn’t acknowledge that independence. Or perhaps Catalan’s leader will use the strong outcome from the referendum to negotiate a more autonomous government.

What’s next? We’ll soon find out.

78.2% of Brits have fallen prey to impulsive online spending. But just how much is wasted on regretful purchases each year? Read more…

Rosie is a writer at finder.com, specializing in international money transfers. She's constantly planning her next trip overseas and is on a mission to make personal finance easier to understand.