What you need to know about Stratis (STRAT), an end-to-end platform for blockchain development. 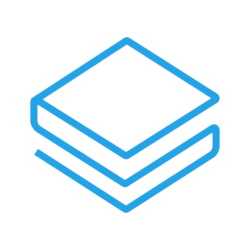 The Stratis platform is an enterprise-grade development framework that makes it easy for companies to integrate blockchain technology into new or existing business models.

Stratis is primarily a software platform written in C# and .Net designed to offer businesses an end-to-end solution for blockchain integration. Although interest in blockchain technology has grown across many major industries, the challenges of coding a custom blockchain have made some companies reluctant to adopt this new technology, particularly given the lack of experienced programmers in the field.

Stratis solves this problem by offering a secure blockchain infrastructure that companies can build on to suit their needs, rather than having to develop their own custom blockchains from scratch.

Some of its core features include:

Stratis is designed primarily to meet the needs of corporations and major industries seeking to adopt blockchain technology. The Stratis platform serves as the main blockchain layer, undergirding many different applications that are built on top of it. Companies can create their own private blockchains that are tailored to meet their specific needs, and have them work on top of the core Stratis blockchain. Even though they are all linked to the Stratis platform, private blockchains are secure and operate independently from one another.

The Stratis platform includes its own cryptographic token, STRAT, which is used to handle transactions that take place on the Stratis blockchain. Both the larger platform and the Stratis token are actually based on bitcoin, with some modifications and additions such as implementing a Proof-of-Stake consensus model rather than the Proof-of-Work model used by bitcoin. As a cryptocurrency, the Stratis token is designed specifically for the Stratis platform, whereas bitcoin can be used anywhere vendors accept it.

One of the most revolutionary aspects of cryptocurrencies and blockchain technology, in general, is their decentralised power structure. Instead of every transaction having to flow through one centralised institution, like a bank, transactions happen on a direct peer-to-peer basis over the decentralised blockchain network.

To ensure valid transactions without the need for trust in a centralised institution, blockchain-based currencies typically rely on user participation to validate digital transactions and add them to the blockchain. A majority of users need to agree on the validity of a transaction before it can be verified. The method used to reach this kind of agreement is known as a “consensus algorithm.” There are a variety of different consensus algorithms out there, but two models generally dominate the space: Proof-of-Work and Proof-of-Stake. Both models require some form of sacrifice in order to participate and offer an incentive in the form of a reward for solving a block.

Proof-of-Work (PoW). Bitcoin and other currencies that use mining to validate transactions use Proof-of-Work. Mining cryptocurrencies requires electricity, substantial computer power and often specialised equipment. By performing thousands of difficult mathematical calculations to “solve a block” miners are doing the “work” in Proof-of-Work.

Proof-of-Stake (PoS). The same general principles of decentralisation and community participation apply to Proof-of-Stoke consensus models. Instead of mining, which requires a massive amount of resources, PoS lets users stake some of their existing funds towards solving a block, much like placing a bet.

Where can I use Stratis as currency?

Companies that develop applications on top of the Stratis platform can issue their own, in-house cryptographic tokens, based on STRAT, to handle transactions that happen within their particular blockchain environment.

Is Stratis going to make me money?

Stratis is an ongoing project that is under active development. While there are risks, such as notoriously volatile markets, when it comes to buying any cryptocurrency, the value of the Stratis token may increase as more companies adopt the platform. Speculators who believe the Stratis platform will achieve mainstream implementation may choose to buy STRAT.

Following the sudden and extreme early June 2017 growth spurt, Stratis saw a downward trend as the market corrected, with a few ups and downs through the beginning of August. The currency apparently stabilised somewhat heading into September, remaining in the US$3-US$6 range. Buyers could certainly profit if the currency sees another period of growth, but as with all cryptocurrencies there are no guarantees and caution is recommended in such volatile markets. What should I keep an eye out for?

What’s next for Stratis?

While many facets of the Stratis platform are still in early stages, several upcoming releases are cited on the development roadmap. Some of the next steps for Stratis include:

What is Steem (STEEM)?