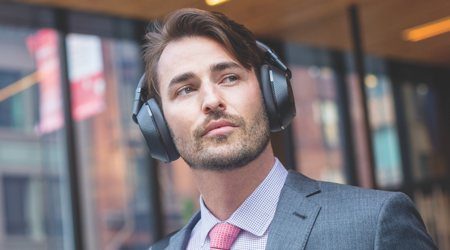 Who needs a headphone jack when you’ve got all-day listening?

Easily the most controversial feature of Apple’s iPhone 7 and iPhone 7 Plus handsets has been the removal of the standard headphone jack in favour of either Lightning-based audio or straight up Bluetooth audio. We’re yet to see Apple’s innovative AirPods in stores just yet, with the company delaying them from their original October date, but Plantronics is certainly happy with the shift to Bluetooth audio, launching new headphone ranges in the UK. 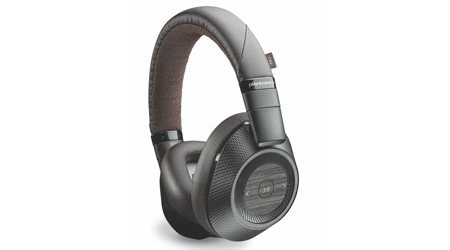 In audio terms the star of the show are the updated Backbeat PRO 2 headphones. They’re fully wireless headphones with, as was the case with their predecessor, a claimed 24-hour battery life span, meaning that they’re suitable even for long-distance flights to the US or further afield. The BackBeat PRO 2 headphones have a slightly refined design that’s frankly more akin to Plantronics’ existing gaming headphones than anything else, including soft headbands for additional comfort, rectangular earpieces that fit more comfortably over your ears (at least for the short period of testing time we’ve had so far) and a claimed 15% reduction in weight.

That might not sound like much, but it could be significant for the kind of longer term wear that the BackBeat PRO 2 headphones are designed for. They’re Class 1 Bluetooth rated, which should give them a theoretical range of up to 100 metres when paired with a Class 1 Bluetooth device. Or in other words, you can leave your phone pretty much anywhere and still enjoy tunes up to a distance where you really should be worrying about where your phone is anyway.

Plantronics will offer two different ranges of the BackBeat PRO 2 headphones. The regular edition headphones will be on sale from the end of November, with a starting price of £180, and a Special Edition BackBeat PRO 2 SE version will be launched later. 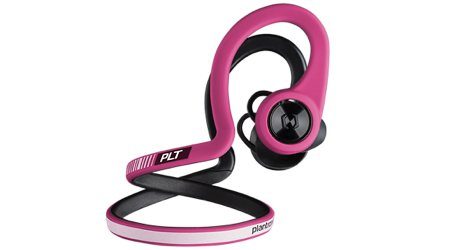 Plantronics also updated its very popular BackBeat Fit line with the new models sporting additional colours. Power Blue, Sport Grey and Fit Fuchsia specifically, although the core fitness mantra of the Fit line remains much as it was, with up to 8 hours of listening time and a claimed fast charge ability to get an hour’s charge out of 15 minutes charge time from a regular charger. The new BackBeat Fit headphones will be available from the end of November for £99.99.