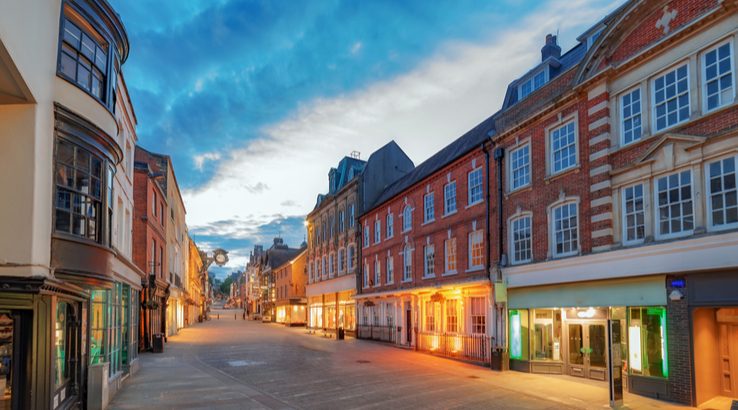 Retail outlets continue to close up and down the country as online shopping soars.

A combination of burgeoning online competition and soaring business rates is hitting British independent retailers and causing high streets across the country to shrink.

New research has found that on average three shops closed on the high street every day last year. It follows reports that UK consumer spending has dropped to its lowest level in over five years. Small businesses are also suffering because of rising business rates.

Research by the British Independent Retailers Association (BIRA), in conjunction with the Local Data Company (LDC), estimates that in 2017 nearly 1,500 traditional “bricks and mortar” stores closed in cities, towns and villages across Britain.

The only locations that saw increases in independent retailers were retail parks, which saw a net growth of 44 units after closures were taken into account.

However, it is not just independents losing as a result of the changing face of shopping. The BIRA/LDC report also highlights that chain retailers are in a spiral of decline with an increasing loss of stores last year compared to 2016.

The Federation of Small Businesses says the amount many companies are paying in business rates is increasing for the second year running. The rate hike follows a government revaluation of commercial property last year.

Mike Cherry, the Federation’s national chairman, which campaigns for business rate reform, estimates that increases in his members’ rates bills will significantly outpace inflation this year.

The BIRA/LDC report indicates that most pain is being felt by women’s clothes shops, newsagents and estate agents. These are the businesses that are finding it hard to counter the stiff competition from online outlets.

Bricks and mortar stores just can’t compete with the sheer scale of ASOS’s range – more than 850 different brands across the whole gamut of price points from high-end luxury, to high street. Now the brand is planning to branch out into makeup and maybe even more.

Earlier this year, boohoo upgraded its own forecast after experiencing record sales. The Manchester-based group – which also runs Nasty Gal and PrettyLittleThing – reported record revenues for all its brands in the four months leading up to the end of the year.

According to the latest research, the businesses that still do well are those that customers have to visit, including barbers, beauty salons and coffee shops.

BIRA’s Chief Executive, Alan Hawkins, wants to give the country’s small businesses the best chance. He believes the current system of rates is unfair and does nothing to help high streets in such a rapidly changing retail environment. He points out that 65% of UK shops are independent, and they need help if high streets are to survive.

In response, the Ministry of Housing, Communities and Local Government’s spokesman said the government’s Future High Streets Forum is working with retailers and industry experts to develop new solutions to tackle the challenges.

In March, we first revealed how Britain’s high street was buckling under the pressure from online shoppers as leading retailers announced a succession of closures.

New Look announced that it will close 60 stores, Carpetright admitted that it will have to shut a majority of its 470 shops and Claire’s Accessories filed for bankruptcy.

New Look posted a pre-tax loss of £123.5 million in the three quarters to December 2017, and the closure of its stores will incur the loss of nearly 1,000 jobs.

Toys R Us announced in March that it will close 100 stores in the UK after administrators failed to find a buyer for the chain. 3,000 jobs will be lost.

Thousands of jobs are at risk at Carpetright after the retailer said it was exploring a company voluntary arrangement to keep the company alive. The firm has also asked investors for between £40 million and £60 million via an equity issue to revitalise the business.

Claire’s Accessories has filed for bankruptcy protection to try and reduce its debt by £1.3billion. Lenders including Monarch Alternative Capital and Elliott Management are expected to pump several hundred million into the firm to save it.

Meanwhile, Mothercare’s woes have been widely publicised. They are currently in talks with financial bigwigs and accountants to secure funds from lenders to avoid collapse.

Score a discount while shopping online and save some cash. Check out finder UK’s online shopping picks to help you find the best deals online.

Our guide to the UK’s top 10 online stores by category will also help you find some great deals.