What are the best films on Amazon Prime, Netflix, Disney Plus and Apple TV Plus?

We analysed every film and TV show rating available in the UK on IMDb and Rotten Tomatoes to find out what is the top streaming platform.

Now more than ever, Brits are searching for ways to keep themselves entertained, and several streaming services have benefited from this hunt. But which streaming service meets all the needs of the modern viewer? From a vast amount of content to high ratings from critics and audiences alike, we’ve scraped Rotten Tomatoes and IMDb for over 16,000 titles to find the streaming service with the highest-rated library of content.

This jump in the streaming platform’s number of subscribers can be attributed to the range of popular titles released during the final months of 2020. October to December saw the fourth season of The Crown, which drew in a total of 29 million views. The Queen’s Gambit, also released in October, achieved 62 million views, and a staggering 82 million households burned over the Duke and Daphne in Shonda Rhimes’s period hit Bridgerton released on Christmas Day.

Estimates from Netflix numbers in November 2020 showed that by 2025, the streaming platform could have 274 million subscribers under its belt. But if the current rate of growth continues per quarter, Netflix could surpass that prediction in just over a year.

Netflix according to IMDb and Rotten Tomatoes

Number of Disney Plus subscribers

Number of Disney Plus titles 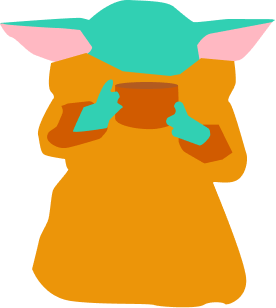 Disney saw a growth of almost 30% in the final quarter in 2020, and its number of subscribers was boosted up to an impressive 95 million. Disney Plus attributes this growth spurt of 21.2 million new customers to the release of Soul, a Christmas-released animated film that has already been nominated for best motion picture in the upcoming Golden Globes. Both The Mandalorian and WandaVision have also played some part in the success, as new seasons of both these titles dropped during that same period of time.

And there will be no slowing down. Especially as Disney Plus will be launching an extension of its services on 23 February. The new hub, named Star, will see hundreds of new and entertaining titles available to Brits and others worldwide. These include fan favourites such as Grey’s Anatomy, How I Met Your Mother, Scrubs, LOST and much more. The new service will be available to users as a sixth tile on the app, and it will comprise films and TV shows from across a range of production studios, including 20th Century Studios, 20th Television, ABC, Searchlight Pictures and more.

Disney Plus according to IMDb and Rotten Tomatoes

With such a vast amount of content (almost 300 different titles, to be exact) included with the new extended library, the score attributed to Disney Plus as a streaming platform will most likely experience a boost in the coming months. Not that it’s needed, as the streaming service already has a strong position on both IMDb and Rotten Tomatoes. The best titles on Disney Plus have an accumulated average of almost 90% on Rotten Tomatoes. These include Hamilton (98%), WandaVision (93%) and The Mandalorian (93%). The platform’s programs are rated slightly lower on IMDb at 75%, but 91% of the available content is rated above 70%. Highly rated titles on IMDb also include The Mandalorian (88%), Hamilton (85%) and WandaVision (81%).

At the beginning of 2020, Amazon announced that it had 150 million users subscribed to its Prime streaming service. In the third quarter of 2020, the number of UK households with an Amazon Prime subscription grew to over 10.1 million. It’s not hard to see why the streaming platform is experiencing an increase in customers. Highly rated titles such as Knives Out and Parasite are available on the platform, alongside classics such as Fleabag and Mad Men.

Amazon Prime according to IMDb and Rotten Tomatoes

The title that has split audiences and critics the most is the 2019 film Blow The Man Down, which has a 34% difference in ratings between IMDb and Rotten Tomatoes. While the film is rated quite highly on Rotten Tomatoes at 98%, it’s rated at just 64% on IMDb. A similar effect can be seen with Gerard Butler’s 2017 blockbuster Geostorm, which has managed to somewhat impress audiences over on IMDb with a rating of 53%, but failed miserably with the critics at Rotten Tomatoes, who gave it 16%. How I Met Your Mother and British drama Informer are 2 out of 3 dramas that both critics and audiences have agreed on. On both Rotten Tomatoes and IMDb, both titles sit at 83% and 79% respectively.

Number of Apple TV Plus subscribers

Number of Apple TV Plus titles

It’s estimated that Apple TV Plus has 2.25 million subscribers globally, however, a majority of these customers (62%) could still be on the year-long subscription offer, which guarantees 12 months of Apple TV Plus for free. In what could be an attempt to maintain its wide user base before having to pay for a subscription reduces the number of subscribers, Apple TV Plus has extended its year-long free trial not once but twice in the past 12 months. In October 2020, Apple announced that it would extend the free trial until February 2021. However, just last month, an announcement came that it would extend it again – this time until July. This means that those who signed up for the year-long free trial back in November 2019 when it was first announced have now been granted 21 months free instead.

Despite having less than 60 original titles in its library, the streaming platform is still making some small but noticeable moves in the entertainment industry. Ted Lasso, a 2020-released drama about a football coach who is hired to coach a professional soccer team in England, recently received 2 Golden Globe nominations (1 for best comedy or musical television series, and 1 for Jason Sudeikis, who plays the titular Ted Lasso on the show). Following the success of their first seasons, period comedy series Dickinson and psychological horror series Servant have both returned for a second series.

Apple TV Plus according to IMDb and Rotten Tomatoes

Long Way Up, the popular TV series that sees Ewan McGregor and Charley Boorman travel South America on motorcycles, tops the list of titles that score the highest on both Rotten Tomatoes and IMDb (92%). Meanwhile, Truth Be Told, the drama series starring Breaking Bad‘s Aaron Paul is the lowest-rated series, with an average score of 51%. 85% of Apple TV Plus titles in our list have a score of over 70%, making it one of the lowest-ranked streaming services – especially as none of its shows have average ratings of over 95%. The highest-rated show on the list scores just 92%.

This, however, can be attributed to the fact that Apple TV Plus simply does not have enough titles to afford some badly rated titles in its roster. In comparison, Netflix has over 106 times more content than Apple TV Plus, meaning that a single bad score won’t make much of a difference to its ranking.

We scraped Rotten Tomatoes and IMDb for their scores of over 16,000 titles across each selected streaming platform. To maintain accuracy, the IMDb score was mathematically adjusted to a percentage and then compared to Rotten Tomatoes ratings. Missing titles from either of the platforms were removed, as well as titles that were not considered to have a reliable enough score (for example, yet-to-be-released titles). An average was calculated from the Rotten Tomatoes and IMDb scores for the titles left in our sample, and these numbers were used to find the overall ranking for each streaming platform.

Trial the best of British TV for free. Use our deal to get a free trial & stream classics like Dr Who, Only Fools and Horses, Downton & more.

Kemi Ojogbede is the Content Marketing and Data manager at Finder UK. She oversees the creation and upkeep of data stories. Kemi has an MSc in Data Science and a prior MA in Contemporary Literature. She has previously written for The Mirror and The Week UK.

Moving abroad: What could you buy for the same amount as a London property? Disney Plus and Star: Star on Disney Plus full guide