How does Xbox Game Pass work? 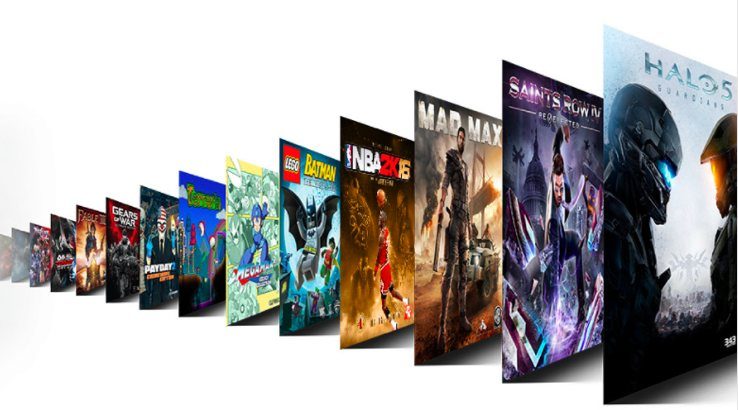 Microsoft’s Xbox Live Game Pass provides you with a large library of games to play each month for a single subscription fee.

Microsoft has announced the launch of Xbox Game Pass, a subscription service that offers a large library of Xbox One and Xbox 360 titles on an effective on-demand basis. It’s an additional service to its existing paid Xbox Live Gold subscription tier, targeted specifically at players who want a large library of games to play without the associated ownership costs.

How much will Xbox Game Pass cost?

How many games will Xbox Game Pass offer?

Microsoft’s hype for Xbox Game Pass is that it offers “over 100” games to play, but at launch it only just squeaks past that limit, with 34 Xbox One titles and 71 Xbox 360 titles to play. Here’s the full rundown of launch titles:

While Xbox Game Pass features Xbox 360 titles as part of the overall backwards compatibility feature of the Xbox One, it’s not a service available on the Xbox 360 console itself.

So is this just Netflix for Xbox owners?

Not quite. While both services trade on a large library of on-demand entertainment content, the key difference is that Netflix (or even Sony’s PlayStation Now service, which has never officially launched in Australia) streams content on demand in an effectively “live” fashion.
Xbox Game Pass gives you access to games, but in order to play them you’ve got to fully download each title.

That does have an obvious impact on how quickly you’ll be able to play games, because you’ll have to wait for them to fully download and install, and you’ll need the space to store them and bandwidth to get them down to your Xbox One as well. The upside there is that an installed Xbox Game Pass game will, by definition, be free of any buffering issues, because all the code will be local.

Will Microsoft offer any discounts for Xbox Game Pass owners?

If you choose to buy an Xbox One game title that is in the Game Pass library at the time you buy it through the Xbox One store, Microsoft will cut 20% off the purchase price, plus 10% off any DLC or other in-game consumable, such as in-game currency. These discounts apply only to Xbox One titles, and not Xbox 360 backwards compatible titles or its DLC.

Microsoft hasn’t announced which newer titles will come to the service, but it’s definitely on the cards. Microsoft’s own site for Xbox Game Pass notes that:

Ever since the original Xbox, Microsoft has offered an online subscription service in the form of Xbox Live. That’s the service that you need to subscribe to in order to play Xbox One and Xbox 360 titles in online multiplayer, and if you want to use those features of Xbox Game Pass games, you’ll also need an Xbox Live Gold subscription as well. If you are an Xbox Live Gold subscriber, there’s no specific discount on Xbox Game Pass.

Xbox Live Gold offers its own free games offering, Games With Gold, and like Games with Gold, if you cease your Xbox Game Pass subscription, your access to that library of games will cease, although you will keep any gamerscore you’ve accrued. If you resubscribe down the track and the game in question is still available, you should also be able to use game saves and any purchased DLC at that time.