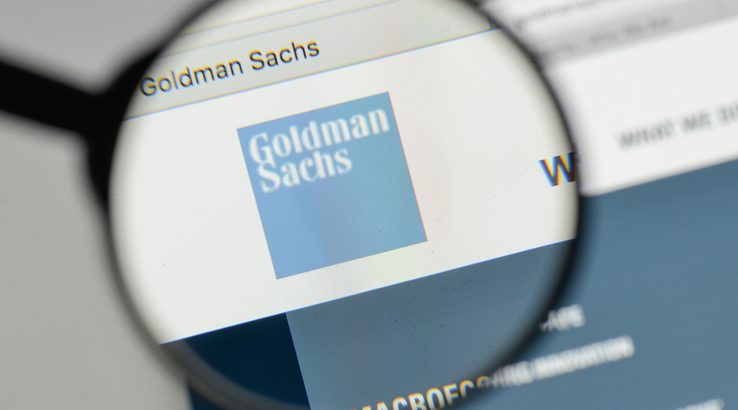 Goldman Sachs would be the first major investment bank to back cryptocurrency funds when it goes ahead with the plan, which has the potential to draw in a big influx of institutional investors to the cryptocurrency sector.

Goldman Sachs has confirmed its plans to have a bitcoin futures trading desk to meet increasing client demands. It also plans to expand its cryptocurrency division to take in more than bitcoin futures.

Now it has announced that it is deliberating on holding bitcoin and other digital currencies on behalf of funds that bet on cryptocurrency. But CEO Lloyd Blankfein says that Goldman Sachs holds no bitcoin itself.

It would mean the investment giant taking the most significant step to date into the emerging digital assets world. As a result, bitcoin analysts are predicting increased investor interest leading to positive market movements for the cryptocurrency.

A Goldman Sachs crypto fund holds out the promise of reducing risks for investors. It would also have the potential of sparking other ventures based on cryptocurrency. The timeline for the custody fund’s launch has yet to be put in place, but a Goldman Sachs spokesman said that client interest in digital products is leading the bank to explore how best to serve these clients.

Bitcoin has been going through a turbulent period, as reported by finder UK. The cryptocurrency experienced a month-long price rally in July, but this came to a crashing halt at the start of August when bitcoin’s value fell by 15% in less than seven days.

Bitcoin briefly traded at above US$8,000 towards the end of last month, but a single bitcoin is worth US$7,120 at the time of writing. Even in spite of the drop, many analysts and other experts are optimistic about the cryptocurrency’s future.

Goldman Sachs is one of the Wall Street firms taking a forward looking approach to cryptocurrency, and now it’s indicating a desire to expand into the new asset class. Goldman Sachs COO David Solomon says his firm has to evolve and adapt to the changing financial environment.

Bitcoin has been taking the world by storm since it was created in 2009. It’s brought cryptocurrencies into the public eye and changed the way we all think about money.

The finder guide takes a close look at bitcoin and explains what it is, how it can be used and what it means. Our crypto finder has a wealth of information about all the other digital currencies that have been spawned since bitcoin emerged on the scene.