Game of Thrones
A to Z Listing

Yes you CAN visit these Game of Thrones locations

See Westeros in real life by travelling to the gorgeous filming locations from the series.

Get excited, Game of Thrones fans! Season Seven of the epic series airs this month! (Spoiler alert – skip the next section if you’re not up to date). How the game plays out next is anyone’s guess!

For those of you who just can’t get enough of this show, we’re here to give you a rundown of Game of Thrones locations that were featured in season six. You’re welcome. 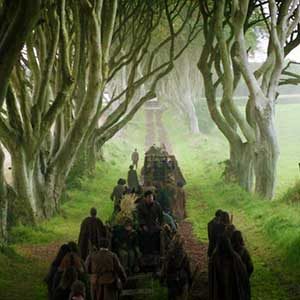 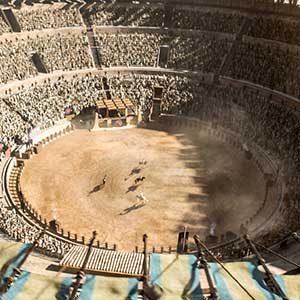 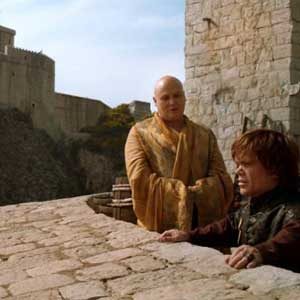 Northern Ireland features heavily throughout Season Six – from being the set location of Castle Black to Winterfell. It’s one of those destinations that is green, rugged and screams “Westeros”.

Our tip? Rent a car and drive the Atrium Coast to discover the world of your favourite characters.

This headland in County Antrim on Antrim Coast Road is absolutely stunning. Filming in Belfast and around Garron Point started around July 2015 with Kit Harington (Jon Snow) and Ben Crompton (Dolorous Edd) being spotted in and around the city. In the last season, Garron Point was used to portray Yohn Royce’s keep, Runestone, and is likely going to do the same in Season Six.

The country town of Moneyglass continues to be the set location for Winterfell. By Season Six, Winterfell is no longer the seat of the House of Stark but has been usurped by House Bolton, where the story continues. While the set is in Moneyglass, Winterfell Castle itself is filmed 90-minutes east of the town in Castle Ward.

Head northwest of County Londonderry and you’ll find yourself on this beautiful peninsula. Part British army firing range, part nature reserve, Magilligan’s stretch of coast makes it the perfect site for the Dothraki Sea. The site is particularly known for its Martello Tower, a round tower housing 24 powder guns, however it doesn’t make an appearance in the series.

Game of Thrones fans will be more than familiar with Magheramorne quarry. This site in County Antrim has been put on the map for being the “Wall” of Castle Black, the headquarters and redoubt of the Night’s Watch. Nearer to Magheramorne Lake is also the set of wildling village, HardHome, which was featured in Season 5. In real life, there’s talk of the quarry being converted into a biking trail and the lake beside, a diving spot.

Serving as Pyke is the small country town of Ballintoy. From its sweeping verdant coastline to its portside appeal, the possibilities with this fishing town is endless. It serves multiple locations within the town of Pyke including exteriors, Lordsport (the seat of House Botley) and the Iron Islands in general.

Word on the wire is that a piece of privately owned land off was being used as filming grounds for Season Six. While it’s still up in the air what exactly it will portray (Dothraki grasslands, perhaps?), there was a barn-like structure being constructed on the site. Fans, speculate however you wish.

Meaning “Valley of the Army”, Glenarm is more than the site of the Great Sept of Baelor, it’s also the home of Steenson’s, the jewellery maker who created iconic Game of Thrones props like Joffrey’s crown and the Lannister lion pendants.

Cairncastle (also Carncastle) is one of the most accessible and fulfilling scene sets you can visit. The castle is a tourist attraction that’s been used for many a memorable scene including the beheading of the Night Watch’s deserter and when Littlefinger takes Sansa to Moat Cailin. Those doing the full Antrim Coast tour should begin at Cairncastle as it literally means and is the Gateway to the Glens.

It’s likely Carnlough Harbour will reprise its role as Braavosi canal as film crews were spotted late 2015 capturing Maisie Williams, who plays Arya Stark, in the water alongside a scuba diver.

Another stalwart on the reprise is Shane’s Castle; a stone structure ruined by fire in 1816 in County Antrim. The grounds have been used to depict the tournament scene with Mountain and Hound and the nearby bridge, the sword fight between Brienne and the Kingslayer.

Inside the ruined castle, the cellars have been used set the scene for interior shots with Cersei, Winterfell crypts and scenes with the Faith.

Being one of the largest continuous blocks of ancient woodland in Northern Ireland, Aghanloo Wood sets the perfect scene for any forest-based scenes. Film crew have been spotted at the back of the wood but as it hasn’t been used previously for scenes, it’s up in the air what it will depict in the land of Westeros.

Saintfield (Battle of the Bastards)

Located in County Down, Saintfield is a village between Belfast and Downpatrick set to be the site of an epic battle (the Battle of the Bastards, perhaps?) in episode nine. Stark banners and shields have been spotted in the field during filming making punters speculate that Jon Snow and the wildlings will be present and that the Boltons will be facing a Northern coalition.

There’s also word that Sansa Stark will be involved in some way. Oh the excitement!

The tranquil village of Corbet has been put on the map thanks to Game of Thrones. In the series, it is Riverrun, the ancestral castle of House Tully.

Portraying the castle is an old Ballievey linen mill, whose whole front section has been transformed to fit the bill of a castle. In addition to this, a drawbridge off Corbet Lough has been erected and a vast array of red tents in the castle’s entranceway, drawing speculation that this will be some sort of army camp.

Ballymoney and Ballycastle (home of Lady Catelyn Stark and Varys)

Located on the northern-most tip of Northern Ireland, Ballycastle is a hop and skip away from Belfast.

In season two, the Dark Hedges (pictured above), which sits between Ballycastle and Ballymoney was used to portray the Kings Road. As always, it’s all speculation how it will be used in season six.

No stranger to the world of Westeros, the secluded Murlough Bay has been featured in scenes since season two, including Theon’s horse-ride with Yara and Davos Seaworth’s shipwreck. Accessed by a narrow road along the Torr Head Scenic Route, it’s a picturesque area of calm and tranquility worth the visit, even if you’re not a fan.

Game of Thrones locations in Spain

For this season, work crews and cast members were split across various countries to film different “stories” within the show. While battle scenes were being filmed in Northern Ireland, film sets were being spotted throughout these locations in Spain:

Famous for its medieval architecture, walled quarter and fortress remains, the Catalan city of Girona is a melting pot of Game of Thrones sets.

Two weeks were spent shooting in Girona for season six where the city became Oldtown, Braavos and perhaps King’s Landing once more.

Expect areas such as The Steps of Sant Marti, Claveria Street and the Sant Feliu (pictured) to make an appearance on the silver screen.

The location scouts must have felt like kids in a playpen while scouting castle locations. In Catalonia’s Canet de Mar they chose the 11th century medieval Santa Florentina Castle to portray Horn Hill, the Tarly family castle. This castle is open to tourists and is available to rent for functions, weddings, Game of Throne parties … anything you like, really.

The second castle added to the Season Six lineup is Zafra, in Campillo de Dueñas, central Spain. A little younger than Santa Florentina, this 12th century fortress is said to represent the Tower of Joy and will feature in flashback scenes.

Bardenas Reales Natural Park in the south holds so much potential for its unique landscape. The semi-desert or “badlands” area offers an atmosphere of clay, chalk and sandstone and was quickly set up to accommodate filming. No major players were spotted in Navarra during shooting, so it’s speculated it will serve as a battlefield scene with the Unsullied.

The picturesque town of Peñiscola spent a little under a week being transformed into what some believe to be Meereen.

War is being waged this season and Almería in Andalusia may be in the thick of it. A large round building was spotted during filming, which could very much be the Dothraki base camp – particularly as Emilia Clark (Daenerys) was spotted on set. Another location touted to be heavily featured is the Alcazaba.

No stranger to the film industry, it’s been used in films like Conan the Barbarian and Indiana Jones and the Last Crusade and is a defensive complex that sits high above the city. It’s anticipated to portray Sunspear, the seat of House Martell.

Famous for its Byzantine mosaics and Arabesque architecture. In the world of Westeros, its Roman Bridge becomes the long bridge in the free city of Volantis and was noted as being a “quick shoot” lasting around a day. Sounds like the crew just wanted an excuse to visit Cordoba. We’re not judging, we’d do a side-trip that way, too.

Game of Thrones locations in Croatia

It’s no secret that much of Game of Thrones is filmed in Croatia with the walled city of Dubrovnik being a major filming location. This season however strays far and wide from the country with only a few scenes of King’s Landing being filmed in Dubrovnik.

This shouldn’t stop you from exploring all the Croatian locations when in the country, however! See below for some of the best walking and multi-day tours to book – guaranteed to get your GoT fandom on!