What does the future hold for the value of Ethereum (ETH)? We've explored some possibilities here.

Ethereum is a decentralised blockchain platform on which decentralised applications (dapps) can be built. It allows developers to create smart contracts, which automatically execute tasks when specific conditions are met, and runs using a cryptocurrency token known as Ether.

As the world’s second-largest cryptocurrency after bitcoin (BTC) in terms of market capitalisation at the time of writing, Ethereum has attracted plenty of attention around the world. However, before deciding whether or not you should buy any ETH, it’s essential that you fully understand the factors affecting the value of this cryptocurrency and what they could mean for the price of ETH in the weeks and months ahead.

Cryptocurrencies have a well-deserved reputation for volatility, and a look back at a graph charting the performance of ETH over the past year will show substantial fluctuations. With this in mind, it’s extremely difficult to make an accurate prediction of where the price of Ethereum or any other cryptocurrency is headed in the future.

However, what we can do is take a closer look at the factors working for and against the potential growth of a cryptocurrency. This will help you form a clearer understanding of the risks of buying digital currency and how the price of Ethereum will change in the coming weeks and months.

What could drive Ethereum’s growth?

What could hold Ethereum back?

Read our step-by-step guide to find out more about buying Ethereum.

What’s coming up in Ethereum’s roadmap

To get a better idea of what the future holds for Ethereum, we also need to take a look at the projects and upgrades scheduled for completion in the Ethereum roadmap.

Perhaps the biggest update due to arrive at some stage in 2018-2019 is Ethereum’s switch from a Proof of Work platform to a Proof of Stake algorithm. Known as Casper, this update aims to improve transaction processing times and reduce transaction fees on the Ethereum network.

It will also make Ethereum miners redundant and replace them with “stakers”. These users will stake their ETH tokens in special wallets and receive dividends from network fees based on how much ETH they stake.

However, Casper is still in development, so whether or not it achieves its aims remains to be seen.

There are also a couple of other key updates planned for the future. Speaking at BeyondBlock Taipei in November 2017, Ethereum inventor and co-founder Vitalik Buterin outlined his vision for the future of Ethereum. As well as the shift to Proof of Stake, Buterin mentioned other improvements scheduled for the Ethereum network, including:

In the crowded cryptocurrency market, Ethereum will also face competition from a variety of other blockchain projects. The performance and development of those competitors could have positive or negative implications for the value of ETH.

Some of Ethereum’s main competitors include:

Beyond 2020: What does the future hold for Ethereum?

In the next 12 months, the main focus for Ethereum will be on solving the problem of scalability. If this can be successfully achieved, the project is well placed to seek out further growth opportunities in the future. Having earned itself a strong position in the crypto sphere thanks to the many potential real-world uses for its technology, not to mention partnerships with some big players in the corporate world, Ethereum looks like a digital currency with plenty of potential.

However, whether or not those scaling issues can be overcome remains to be seen, while there’s also the fact that there are plenty of alternative smart contract platforms that will battle Ethereum for market share. Ongoing upgrades and continuing development are needed to help the platform rise to the challenge thrown down by the competition.

Cryptocurrencies are complex and highly speculative, and buying any form of digital currency comes with a high level of risk. It’s essential to understand and appreciate those risks before making any purchases.

Ethereum’s myriad potential use cases in the real world make it a project many are watching with great interest, and the battle to solve scalability issues to improve transaction speeds and lower fees will be crucial.

Whether this statement holds true or not remains to be seen. 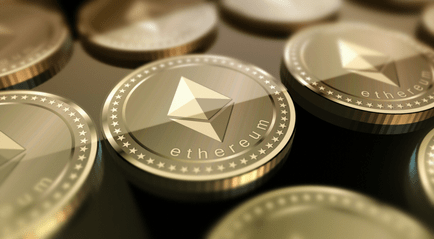 Best Ethereum wallets What is gas in the Ethereum network and how does gas work?