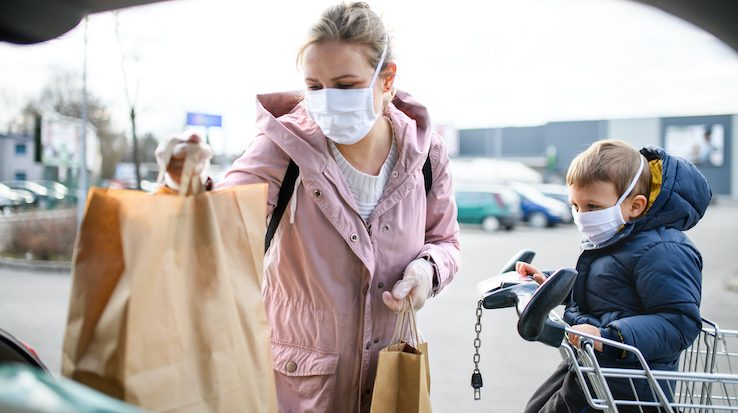 The decision follows face coverings made compulsory on public transport on 10 July in Northern Ireland.

People in Northern Ireland must now cover their faces in shops and in areas where they can’t maintain social distancing.

Northern Ireland ministers made the decision last week as the number of coronavirus infections in the region had risen three-fold since early July. 76 new cases of COVID-19 were diagnosed over the weekend, according to the Department of Health.

On announcing this new policy, the executive said face coverings were a “vital defence in our battle against COVID-19”.

Enforcement of the rule is to be “light-touch” but the government warned of fines of up to £60 if the public does not comply. In this case, breaches could attract a fixed penalty notice of £60 (reduced to £30 if paid within 14 days).

The police have said the primary responsibility for enforcing the wearing of face coverings will lie with shop owners.

The government has launched a public information campaign, “Wear one for everyone”, which will be rolled out over the coming weeks to raise awareness of the benefits of face coverings.

It has been compulsory for shoppers in England to wear face coverings in supermarkets and all other shops since 24 July, with fines of up to £100 for those ignoring the rule.

Face coverings have also been mandatory on public transport in England since 15 June, while Scotland’s first minister Nicola Sturgeon enforced the use of face coverings for all shoppers in Scotland on 10 July.

Instead of medical masks used by health and care workers, all parties have stressed the importance of choosing cloth masks made from garments found at home, such as scarves and T-shirts. Finder has published a guide on how to make your own mask.

Mandatory face coverings now apply in Scotland, England and Northern Ireland; as a devolved nation, Wales can set its own guidance. However, Welsh government officials have strongly advised people to cover their faces where the two-metre rule cannot be maintained.

In all cases, the public has been warned that for face coverings to be effective, people must wash their hands before putting them on and taking them off and continue to social distance.

Find out all you need to know about face coverings, including the latest breaking news, via our mask hub.