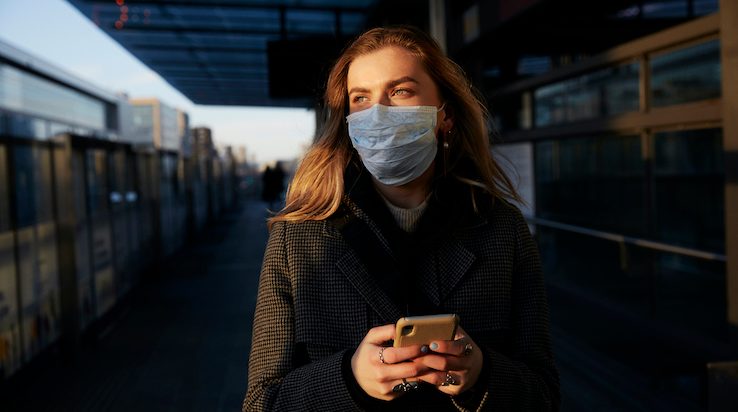 The mayor of London says the capital should follow New York in wearing masks where distancing isn’t possible.

Everyone using public transport in London should wear a face mask to curb the spread of coronavirus, according to the mayor of London.

Sadiq Khan called for the compulsory use of non-medical face masks in a letter to the transport secretary, Grant Shapps. Khan called for facial protection to become the norm when people are making unavoidable journeys, or visiting the shops, and are unable to maintain strict social distancing.

UK government advice is that people should leave their home only when absolutely necessary and keep two metres apart from other members of the public when out and about.

Khan told BBC Radio 4’s Today programme: “The government’s advice should change so that in those circumstances where it is not possible for us to keep our social distance – think of public transport usage, think of when you’re in a shop – we should be using non-medical facial coverings like bandanas, like scarves, like reusable masks.”

Despite the mayor’s plea, the transport secretary said it is “not the right moment” to encourage people to wear masks, adding that the government needs to look at all of the evidence.

Khan’s demands follow a U-turn on guidance around the world, including in New York, where the use of face masks in public was made compulsory. Similar schemes are also being operated in a number of French cities, as well as in the Czech Republic and Slovakia.

“We are continuing to look at new evidence as it emerges and if there is evidence that looks like we should change our advice, we would do so,” he said.

Khan’s call for a change comes after special envoy to the World Health Organization, Dr David Nabarro, suggested that the widespread use of masks will become “the norm” as the world adjusts to living with COVID-19.