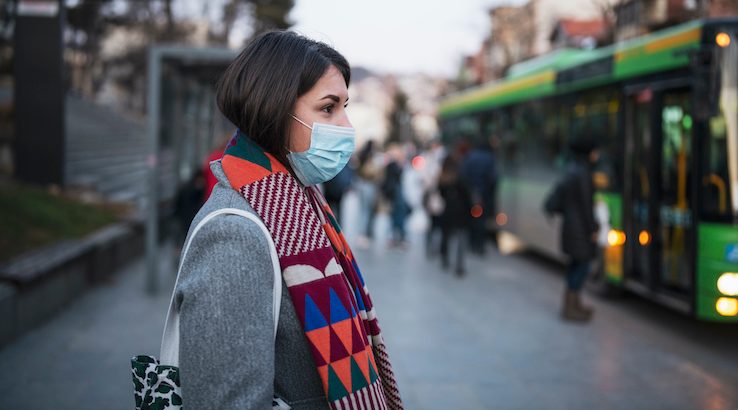 The UK is revisiting guidance on the public’s use of face masks during the coronavirus pandemic.

The UK government could advise everyone to wear masks in public after the UK’s chief scientific adviser said the current policy was under review.

Sir Patrick Vallance signalled a possible U-turn on Monday evening after explaining official advice on the need for facial protection was being looked at again.

Up until now, the UK government has insisted that there is no scientific evidence that supports the wearing of masks by the public to combat the spread of coronavirus, which is in line with current guidance from the World Health Organization (WHO).

Instead, UK advice has been to use social distancing and to wash your hands regularly. Public Health England has said there is little evidence of widespread benefit from wearing masks outside of clinical settings such as hospitals.

However, Sir Patrick says there is a face mask review ongoing at the moment, and that he has already seen “more persuasive” data on face masks stopping infected people from transmitting the virus, rather than preventing people from catching it.

“We are continuing to look at new evidence as it emerges and if there is evidence that looks like we should change our advice we would do so,” he added.

This review suggests the government could make a U-turn on its face mask policy in the coming days or weeks, which would bring the UK into line with the US, China and some other South-East Asian countries.

The disclosure came after Dr David Nabarro, a special envoy to the WHO, said that facial protection for the general public was going to become the “new norm” as the world adjusts to living with COVID-19.

Dr Nabarro told Radio 4’s Today programme that he expected “some form of facial protection is going to become the norm”, not least to offer people reassurance when they encounter others.

While he conceded that healthcare workers and those with symptoms remained the priority, he said that non-medical workers who are in frequent contact with others and those who can’t distance themselves, should be next in line. This includes those operating cash registers, or hairdressers, for example.

However, Dr Nabarro warned against complacency when it comes to face mask use. “Don’t imagine that you can do what you like when you are wearing a mask. [It] doesn’t give you the excuse to disregard social distancing,” he said.