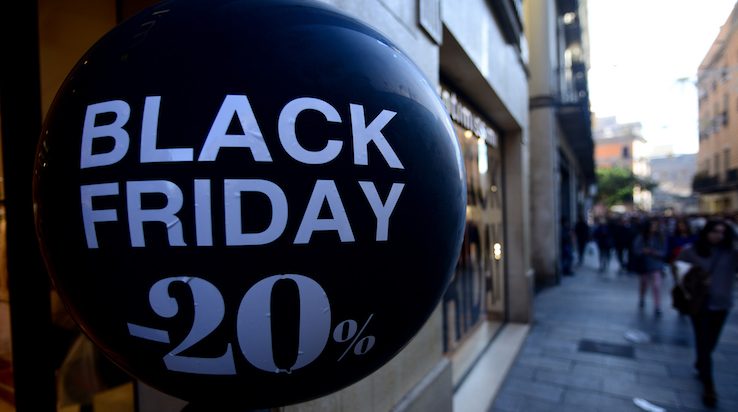 You’ll also be able to score a wealth of half-price goods from hundreds of big-name brands like Xbox, Samsung and LG.

Black Friday sales have begun with a bang this week, with major retailers starting to pump out a whole range of deals to score you some killer savings. The well-known electronics retailer Currys PC World is one of the latest to tease avid bargain hunters, revealing a huge saving on the exceptionally popular HP Pavilion laptop.

The store has announced £300 off the product, selling it for a juicy £649, with the original price set at £949. That’s a right bargain if you ask us. Currys has also revealed a 50% off sale on thousands of products, which includes major brands such as JVC, Google, Samsung, LG, Sony, Xbox and more. For instance, right now you can save £150 on an Xbox One… so hurry!

If you’re in the market for a new vacuum cleaner, you’re also in luck. eBay is offering 19% off the Dyson V6 Animal Cordless vacuum, bringing the total price down to just £129. This model is a solid household investment, featuring a motorised head with carbon fibre filament aids, sucking up as much dust as even a corded vacuum can.

You can also pick up a Samsung HD 4K Smart TV for an attractive £429, down from £599, with fashion and homewares retailer, Very. The store is also running an offer of £170 off the Samsung Galaxy mobile phone, as well as a juicy £110 saving on the Indesit Ecotime Tumble Dryer. What are you waiting for?

Amazon has also begun its Black Friday offers, slashing up to 50% off millions of items, including the De’Longhi Espresso Pump Machine. Rather than handing over £179.99 for the item, you can get your hands on one for the discounted price of £103.99.

Amazon’s deals span a range of categories, meaning that you can also find great savings on items like Alexa smart home devices, Fitbits and laptops.

All deals mentioned above are available to shop now until Black Friday (29 November 2019), although some will continue to run until the end of Cyber Monday (2 December 2019).

See the full list of Black Friday sales that have started early.