Find the latest Litecoin (LTC) price, coin profile, news and history to get you started with Litecoin trading and investing.

Litecoin is a peer-to-peer decentralized payments blockchain and cryptocurrency. Building from Bitcoin’s success, Litecoin developers wanted to create a payments network that was quicker and cheaper than its predecessor. This was achieved by changing elements of Bitcoin’s open-source code.

To improve upon Bitcoin’s design, the total supply of Litecoins was set 4 times higher. The effort required to add a new block to the blockchain was also made 4 times easier. The functional result of these changes is a cryptocurrency and blockchain that is 4 times faster than Bitcoin, with fees that are a quarter of the price.

As an early predecessor to Bitcoin, Litecoin was one of the first-ever altcoins. Since its inception in 2011, it has grown from a price of zero to a multi-billion-dollar project. Unlike most other altcoins, Litecoin’s price actually outperformed Bitcoin for several years after its launch.

At times, it has captured enough investment to rank as the second-largest cryptocurrency by market capitalization. This early investment and persistent development from the Litecoin Foundation mean the coin is now one of the world’s best-known cryptocurrencies.

Litecoin at a glance

How does Litecoin work?

Just like Bitcoin, Litecoin was developed as a decentralized network for the transfer of wealth. However, the primary goal was to create a blockchain that offered quicker transaction times and cheaper transaction fees.

Litecoin, the digital cryptocurrency (LTC), can be transferred to anyone globally using the Litecoin blockchain. The blockchain processes and records all transactions. Each new group of transactions is added as a new “block” in the chain.

Like Bitcoin, the Litecoin blockchain implements a proof-of-work consensus mechanism to process transactions and add new blocks to the blockchain. Participants of the Litecoin network, usually referred to as “miners”, compete with each other to solve a complex mathematical problem. This problem requires significant computing power to solve.

The miner that solves the problem first and, therefore, has proved a certain level of power usage, is allowed to validate the next set of transactions and add the next block to the chain. For their effort, miners are rewarded with newly minted Litecoins.

Once transactions have been processed on the blockchain, the Litecoin digital currency is sent from sender to recipient.

To improve transaction times and costs in comparison to Bitcoin, developers increased the total coin supply and reduced the time it takes to create a new block in the chain. They also changed the mining algorithm to a version called “script”.

Scrypt allowed the mining process to be more memory intensive and, therefore, more energy-efficient. It was the hope of developers that, unlike Bitcoin, more people could mine Litecoin from their homes using standard computing equipment.

The issues with Litecoin

Unfortunately, the benefits Litecoin enjoyed when it launched in 2011 don’t apply today. With the passing of time, both the speed and advantages of the new scrypt mining algorithm have become redundant.

As for Litecoin’s other advantage – a faster block time – this is completely arbitrary. There’s nothing stopping another cryptocurrency from improving on that with an even faster average block time. There are now multiple blockchains that offer far superior transaction times and costs.

Even though Litecoin’s initial advantages are no longer relevant, there are still reasons people like Litecoin.

What’s next for Litecoin?

Litecoin is continually developing to become a suitable blockchain for individuals and businesses. Although a roadmap is not available, future updates are announced through the Litecoin.com website. Here are a couple of major developments on the horizon. 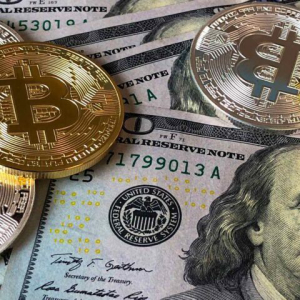 Interactive Brokers Launches Cryptocurrency Trading for RIAs in the U.S

Disclosure: At the time of writing, the author holds BTC, BNB.