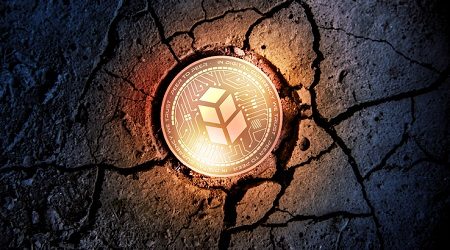 No user wallets were compromised in the theft, which saw millions worth of various cryptocurrencies stolen.

Cryptocurrency network Bancor, a purportedly decentralized exchange service, has announced that following a $23.5 million security breach that occurred Monday, the network is “close to reactivating” all services.

Although the exchange’s website remains offline as a result of maintenance issues in response to the hack, the Bancor Network revealed that services would be resuming soon in a tweet posted just a few hours ago.

We are close to reactivating the Bancor Network. We appreciate your support and the healthy debate on the balance between security and decentralization that has ensued.

In a statement regarding the hack, also posted on Twitter, The Bancor Network revealed that the exchange was subject to a “security breach”. A wallet used to upgrade some smart contracts was compromised.

The same wallet was then used to withdraw ether (ETH) from the Bancor (BNT) smart contract in the amount of $12.5 million. The hacker also made away with $10 million worth of BNT and $1 million in Pundi X (NPXS).

Once the theft was identified, the exchange managed to freeze the stolen BNT funds, limiting some of the damage. However, it is not possible to freeze the ETH or any other cryptocurrency stolen tokens.

Bancor Network said it was working with “dozens of cryptocurrency exchanges” to track down the funds. The exchange also alleviated any concerns that customer wallets may have been compromised in the attack.

To reiterate, no user wallets have been compromised in the attack.

In an interview with Cointelegraph, Bancor Network said it expects to be back online in less than 24 hours.

Given that many cryptocurrency exchanges deal with issues such as financial regulations, steep price fluctuations, theft and fraud, traders may be inclined to seek alternative cryptocurrency conversion methods.

Enter Bancor’s mobile-friendly native wallet. Bancor Wallet allows users to purchase, store and manage any ERC20 token and convert between any token on its network, including Ethereum, OmiseGo and others. The Bancor Wallet services instant, on-chain conversions across almost 70 cryptocurrencies. These conversions are made via smart contracts, rather than by matching buyers and sellers, to enhance transparency for users.