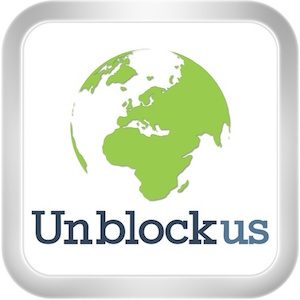 Want to watch content exclusive to the US? Try using the Unblock-US service.

Each computer or Internet-enabled device has an address assigned to it, which means that if you have a UK address assigned to your device, you may be blocked if you want to stream something that is exclusive to the US. Unblock-US will assign your computer with an address that can access content in the US without having to move your actual device. You can setup Unblock-US on each device, or you can change your wireless router’s settings so you can run Unblock-US on all devices connected to the network.

Whether you’re looking to access TV shows, movies, music or the play the latest games, Unblock-US will make sure you’re not limited by your region and help you stay connected to the rest of the world. For Netflix alone, Unblock-US gives you access to over 25 countries.

Note: all prices are in US dollars

How to setup Unblock-US

It’s simple to run Unblock-US on your desktop or mobile device. The installation process is different depending on your operating system and your device. We’ve shown how to setup Unblock-US on a Mac; however, you can find detailed setup instructions on the Unblock-US website.

Input the following into the DNS field.

Be sure to check the Unblock-US website for information specific to your device.

What are the benefits of using Unblock-US?

The Unblock-US service can benefit you in the following ways.

Have a look at these FAQs if you have a question about Unblock-US. You can ask us a question by using the comments form below the FAQs.

Esther Wolffowitz was a publisher at finder.com specialising in insurance. Esther holds an MSc in Media and Communication Governance from the London School of Economics and Political Science (LSE).

Was this content helpful to you?
Thank you for your feedback!
TorGuard VPN | Price, plans and features

Want to add highlight to the foundations of your investment portfolio with makeup stocks? Find out how to invest in makeup and the risks.

The most talked about shows of 2020 on social media: Love Island accounted for almost HALF of posts

The most talked about shows of 2020 have been revealed, with Love Island accounting for almost half (48%) of all tweets posted by Brits. It generated almost 10 times more posts than the second most popular show, I’m A Celebrity…Get Me Out Of Here.

Where to watch the latest Disney movies online

Find out what the latest Disney+ movies are, how much is costs and exactly how you can watch them from the comfort of your own home, online.

Sony’s next-generation PlayStation console is coming to the UK. Here are all the details.

How to watch hayu on your Google Chromecast

Getting your hayu fix on the big screen doesn’t require a smart TV.

Find out the different ways you can invest in the S&P 500, one of the world’s most popular stock market indices.

We review the features and costs of Trading 212, an investment platform designed to teach you about investing and let you buy shares with zero fees.

Learn about Sky VIP and if you are eligible

Sky is rewarding loyalty with its VIP reward programme for long-term customers. Find out if you’re eligible and claim now.

The Freetrade app lets you buy and sell UK and US stocks, with no fees. We look under the bonnet to find out whether there are any catches.