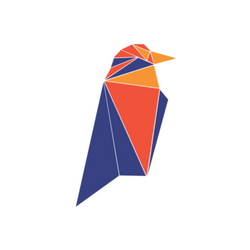 Ravencoin (RVN): What is it and how do you buy it in India?

Read our comprehensive guide to buying, selling and trading Ravencoin (RVN) in India.

Launched in January 2018, Ravencoin (RVN) is an experimental cryptocurrency that aims to create a digital peer-to-peer network for the facilitation of asset transfers, such as the transfer of tokens between users. Built on a fork of the bitcoin (BTC) code, this open-source platform is designed with a focus on user control, privacy and censorship resistance.

However, as the project is still in its early days, getting your hands on RVN isn’t as easy as it is for many other cryptocurrency coins and tokens. Keep reading to find out how you can buy or mine RVN and for a detailed look at the factors you should consider before purchasing.

Where can you buy RVN?

At the time of writing (March 2018), RVN was only listed on one cryptocurrency exchange, CryptoBridge.

How do I buy RVN?

If you want to buy Ravencoin, you will need to complete the following steps:

Click on the “Deposit/Withdraw” link and select the cryptocurrency you’d like to deposit. As fiat deposits aren’t available, you’ll need to first own or acquire some bitcoin (BTC), which you can then deposit into your account.

Navigate your way to the exchange page and search for “RVN”. Click on the relevant search result and enter the details of your transaction in the “Buy RVN” box. Make sure to review the amount of BTC you’re spending and the amount of RVN you’re buying before finalising the transaction.

How to sell RVN

If you want to sell your RVN holdings, the process you’ll need to follow is similar to that outlined in Step 3 above. Of course, you’ll need to make sure you enter your transaction details in the “Sell RVN” box rather than the “Buy RVN” box. At the time of writing (March 2018), RVN was only listed in a currency pairing with BTC, so you’ll need to exchange it for BTC and then work out how to trade those coins for the currency you want.

How to mine RVN

To start mining RVN, you will first need to create a wallet and generate a wallet address that your RVN can be paid into. Next, choose a mining pool – you can see a list of available pools on Ravencoin’s Bitcointalk thread – and follow the instructions to get started.

What is ASIC hardware and ASIC resistance?

While bitcoin was initially mined with Graphic Processing Units (GPUs), ASIC hardware was eventually developed for mining. However, bitcoin mining with ASIC hardware has relatively large costs and energy requirements in comparison to bitcoin mining with GPUs. With bitcoin mining becoming less accessible, several people thought that bitcoin itself was becoming more centralised. Designed to be mineable by anyone who has access to a computer and the Internet, ASIC-resistant cryptocurrencies like RVN and Vertcoin (VCN) are meant to be more egalitarian.

Want to learn more about bitcoin mining? Our guide walks you through how it works.

Which wallets can I use to hold RVN?

Storing your RVN on a cryptocurrency exchange for lengthy periods is not recommended due to security reasons. With this in mind, you’ll need to find a secure wallet that provides support for RVN coins.

You can download the official Ravencoin wallet client for Windows, Mac and Linux operating systems from GitHub.

We love the hugely popular HBO drama as much as the next crypto enthusiast, but what exactly does it have to do with digital currency?

Launched on 3 January 2018, the ninth anniversary of bitcoin’s launch, Ravencoin is an open-source project designed to enable instant payments to anyone around the world. The aim of the project is to create a blockchain optimised specifically for the transfer of assets such as tokens from one holder to another.

This algorithm is intended to address the centralisation of mining caused by ASIC hardware. In the Ravencoin whitepaper, the team behind the currency explains that the fixed order of ordinary hashing algorithms lends itself to the construction of ASIC miners.

Key things to consider if you’re thinking about buying RVN

Cryptocurrencies are complicated and volatile, so buying any digital currency is highly speculative. With this in mind, it’s important to research and assess the key factors that could affect a currency’s value before making a purchase.

If you’re thinking of buying RVN, make sure you consider the following factors:

Considering these and a range of other factors will help you make an informed decision about whether you should buy or mine RVN.

Was this content helpful to you?
Thank you for your feedback!
How to buy Litecoin Cash (LCC) How to buy, sell and trade Waves (WAVES)

How to buy gold online in India

If you’re thinking of investing in gold, our guide will explain how and where to buy gold in India as well as the pros and cons of buying gold.

Action camera buying guide: How to find the best action cam for you

Learn what to look for when choosing a camera to capture your next adventure.

How to buy, sell and trade All Sports Coin (SOC)

Do you want to know how to buy, sell and store All Sports Coin (SOC)? Find out the key things you need to know in this comprehensive guide.