Compare to find the best rates and lowest fees for your next international money transfer from Hong Kong. 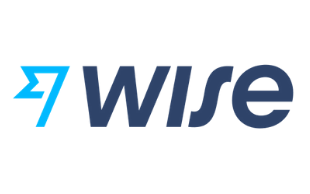 We’ve scoured the market to find the best international money transfer services based on low fees, strong exchange rates, fast delivery and flexible options. Here’s what you need to know.

Our table lets you compare the services you can use to send money abroad. Compare services on transfer speeds and fees, then click Go to site when you're ready to send.
1 - 9 of 9

We only list services that are overseen by a government regulator.

Every service we compare has been assessed and reviewed by our editorial team.

What is an international money transfer?

An international money transfer is a process of sending money between people or financial accounts in different countries. Every day, trillions of dollars are transferred between people and businesses all over the world — Hong Kong included.

Depending on the money transfer service, you may be able to send funds online, via mobile app, over the phone or in person.

How can I pay for my money transfer?

Not all money transfer services in Hong Kong accept the same payment methods, but you may be able to pay by the following:

If you want to pay in cash, you’ll need to visit a bank branch or money transfer agent in person. If you transfer funds online or via mobile app, you can only pay electronically by card or bank transfer.

How can my recipient receive the money?

Again, receiving options vary between transfer services, but your recipient may be able to receive funds the following ways:

What are the benefits of using an online money transfer service?

How do I make an international money transfer?

There are multiple options to consider when sending money overseas:

How to send money using an online money transfer service

Most of time, you can access your account immediately after submitting all the required information. For some services (particularly transfer services for businesses), there may be a delay while your information is reviewed and a transfer specialist is assigned to your account.

How to send money through a bank

Bank transfers have long been regarded as reliable and safe in Hong Kong. The steps for sending an international money transfer through your bank are generally as follows:

To send a bank wire transfer or money order, you need to visit your bank in person. You may also be able to get money orders at other financial institutions like post offices, credit unions, retailers and even some convenience stores and fuel stations.

What do I need to send and receive money abroad?

Make sure you have the following on hand when sending an international money transfer in Hong Kong.

What documents do I need to send money abroad?

When sending money abroad you will need to provide a driver’s license, passport or other government-issued ID.

It’s worth knowing that in Hong Kong, income and assets from overseas are not liable to be taxed.

How much does it cost to transfer money internationally?

The cost of sending an international money transfer varies between service providers. In Hong Kong, factors like the type of transfer, destination country and amount being sent can affect your total cost.

Companies that offer fee-free transfers may make up for it with a poor exchange rate. This is why it’s important to look at the total cost of your transfer, not just the transfer fee or exchange rate.

Tips to save money on your international transfer

Save on your next international money transfer with these special deals

Your first transfer is free with WorldRemit when you use this coupon code. Send to 140+ countries.
Show code

Visit the OFX site to see your savings. T&Cs apply.
Get deal

Stacie Hurst is an editor at Finder, specializing in a wide range of topics including stock trading, money transfers, loans, banking products and online shopping. She has a Bachelor of Arts in Psychology and Writing, and she completed one year of law school in the United States before deciding to pursue a career in the publishing industry. When not working, Stacie can usually be found watching K-dramas or playing games with her friends and family.